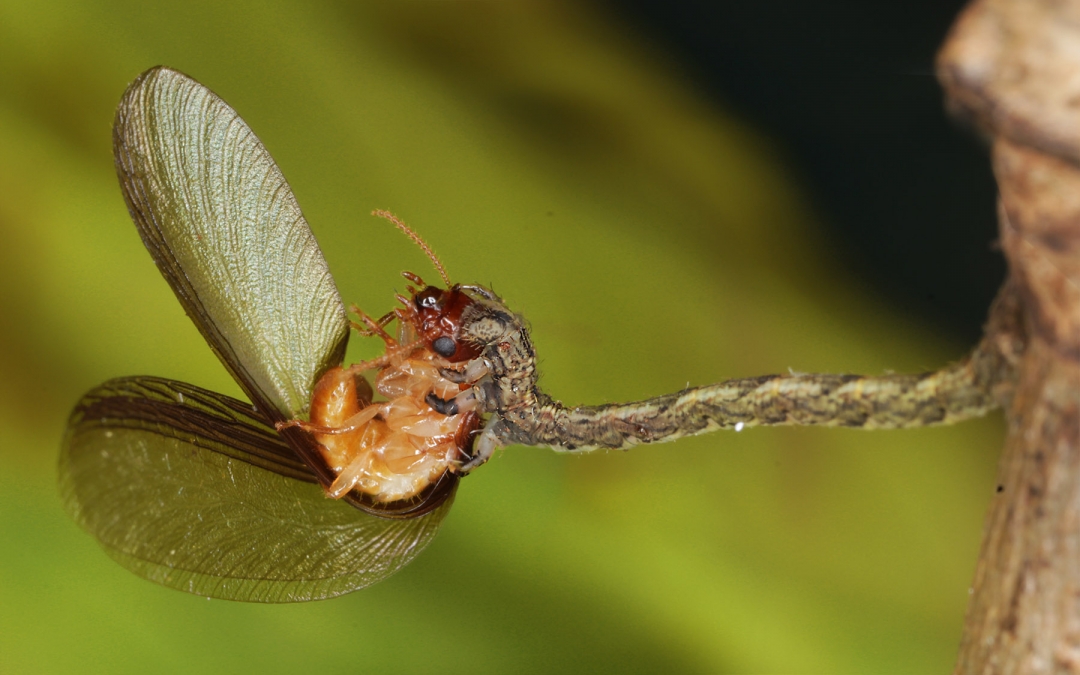 One of the amazing denizens in the Hawaiian forest is the carnivorous caterpillar Eupithecia.  Eupithecia is a large genus of moths with over a thousand described species worldwide whose caterpillars feed on plant material.  But when the moths found their way to the Hawaiian Islands eons ago, their caterpillars underwent a most curious transformation. 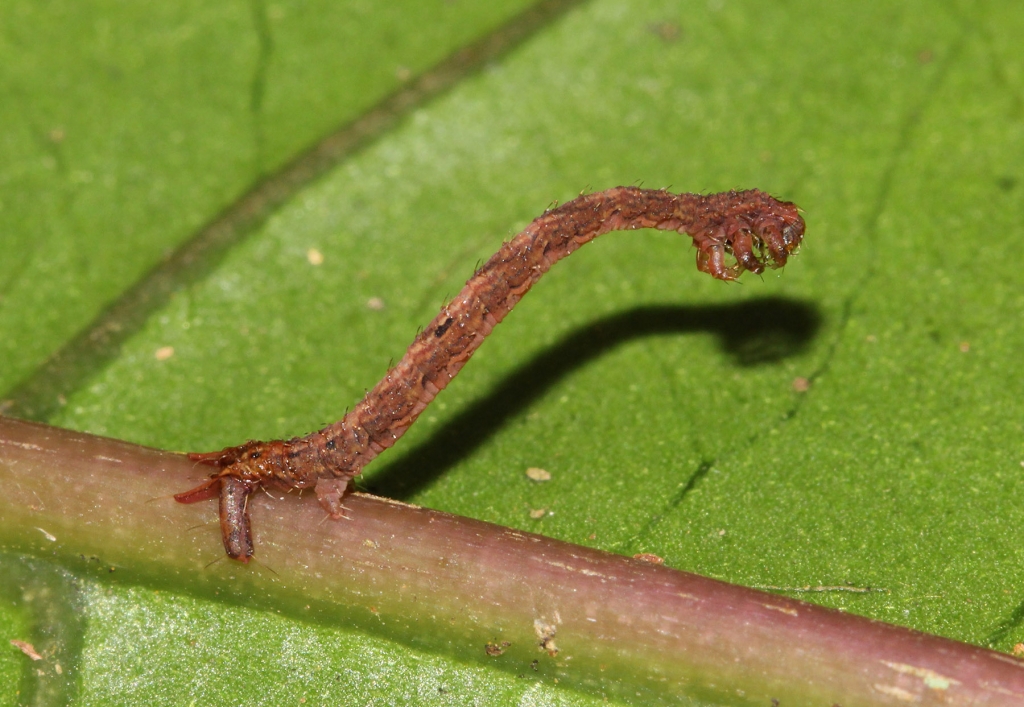 Eupithecia moths were known in the Hawaiian Islands since 1881 but the carnivorous behavior of their caterpillars were unknown until 1972 when Steve Montgomery captured a caterpillar and placed it in a vial with a fly.  When he returned home and checked his containers the fly mysteriously disappeared.  He followed his intuition, put in another fly, and kept it under surveillance.  To his amazement it ate insects!  Steve Montgomery is credited with discovering the first carnivorous caterpillar known to science. 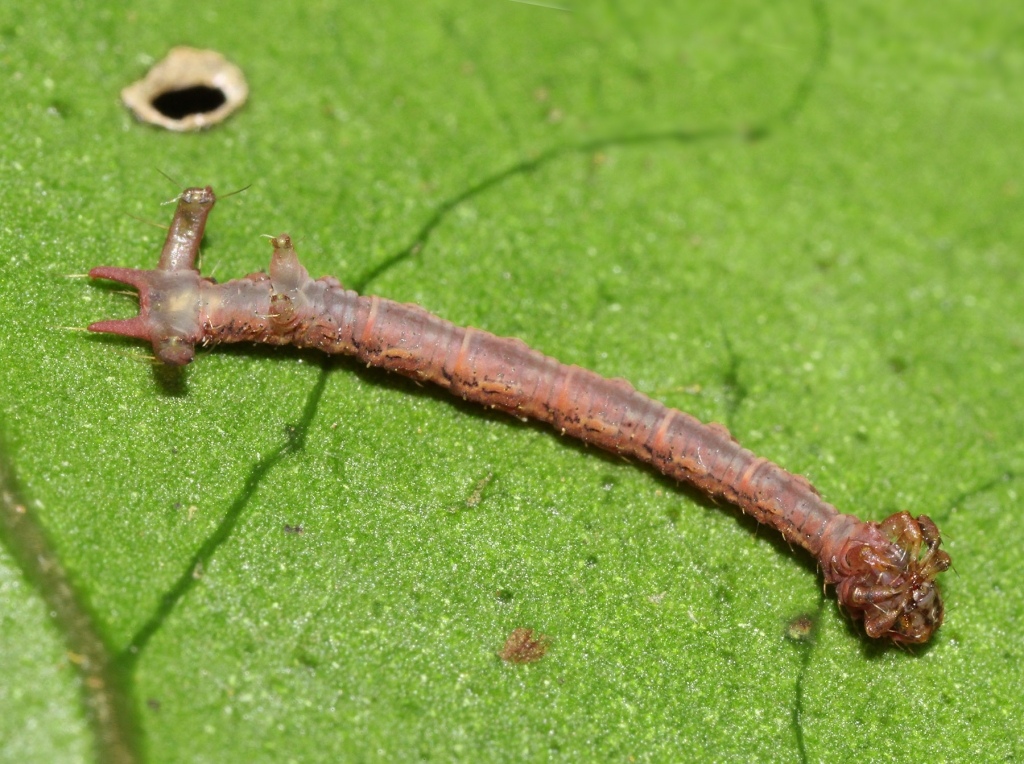 The caterpillar ranges from about a quarter inch to three-quarters of an inch long.  It is an inch worm — also known as a looper — whose hind legs have evolved to anchor the caterpillar to the edge or midribs of leaves, twigs, and other surfaces.  The front legs on the other hand have evolved to grasp and hold onto prey.  The caterpillar remains motionless like a twig on a branch and waits for insects to come within striking distance. 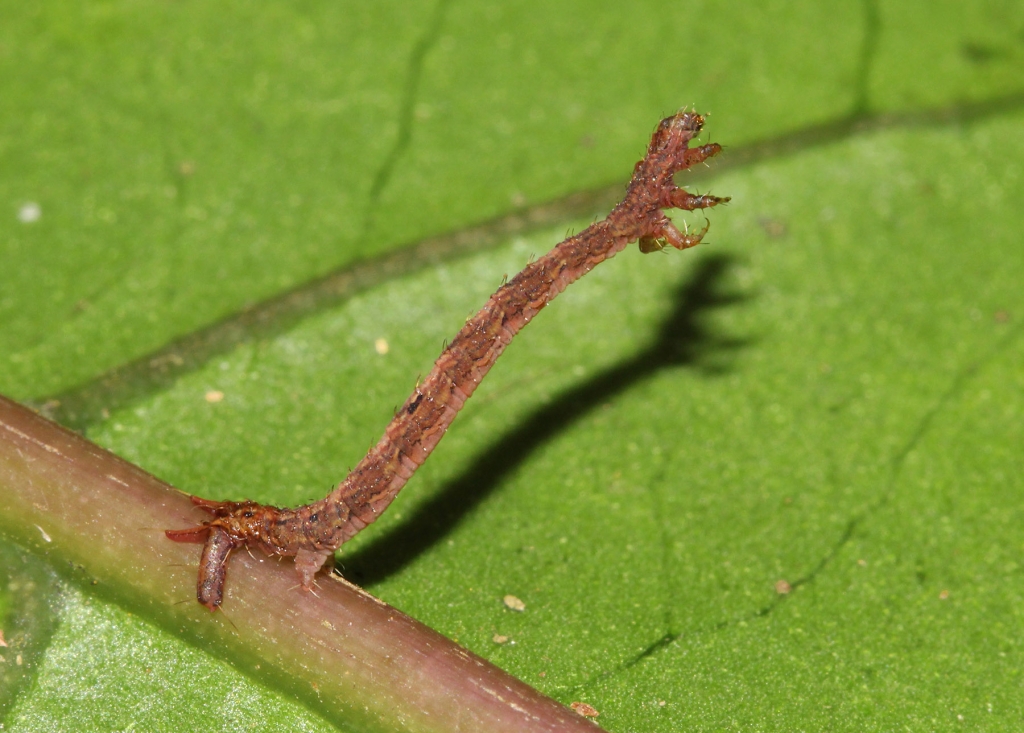 We were fortunate to camp at Peacock Flats with Steve Montgomery who captured a Eupithecia caterpillar.  Steve told us it was Eupithecia orichloris native to Kauai, Oahu, Maui, Lanai and Hawaii.  At least 6 of Hawaii’s described Eupithecia species are carnivorous with only 2 feeding predominantly on plant material. 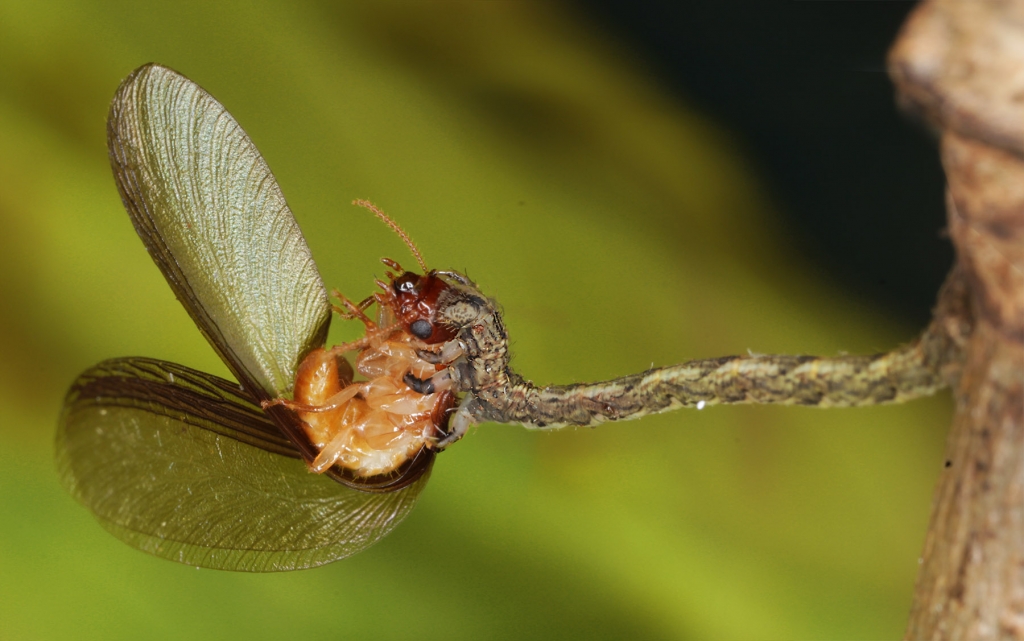 We were thrilled when Steve caught a termite.  We were spellbound as we watched a spectacle worthy of the Roman Colosseum unfold before our eyes.  The termite walked over the twig and brushed against a  hair on the caterpillar which triggered a lightening fast strike!  WHAM!  The a termite was in its grasp! 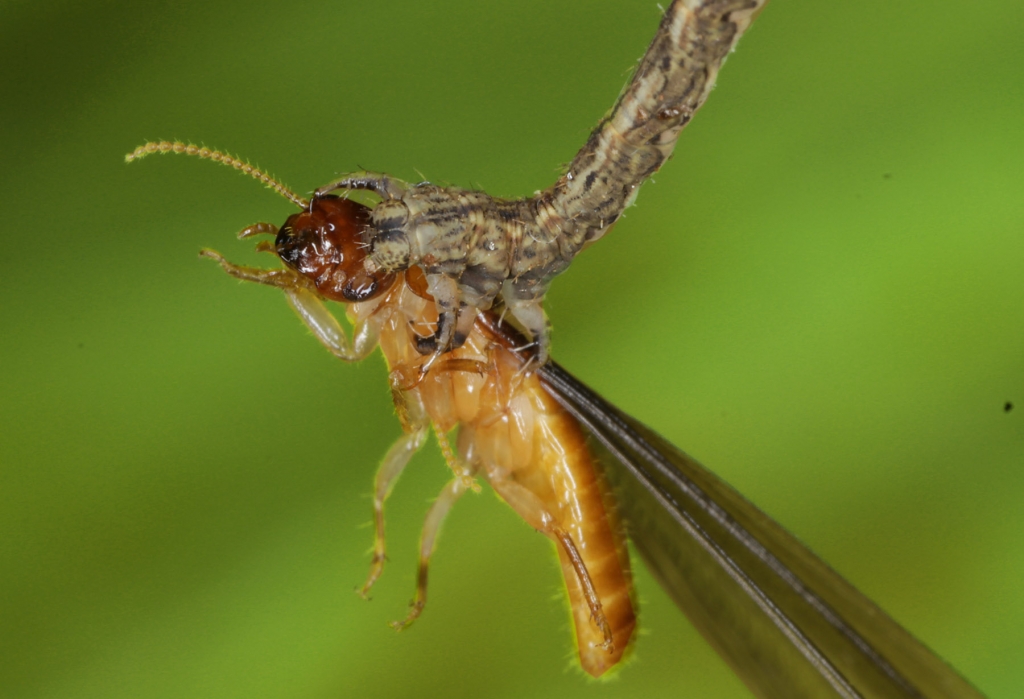 For the next 20 minutes we watched the gruesome sight as the caterpillar ate the eye of the termite and proceeded to chow down and devour its meal. 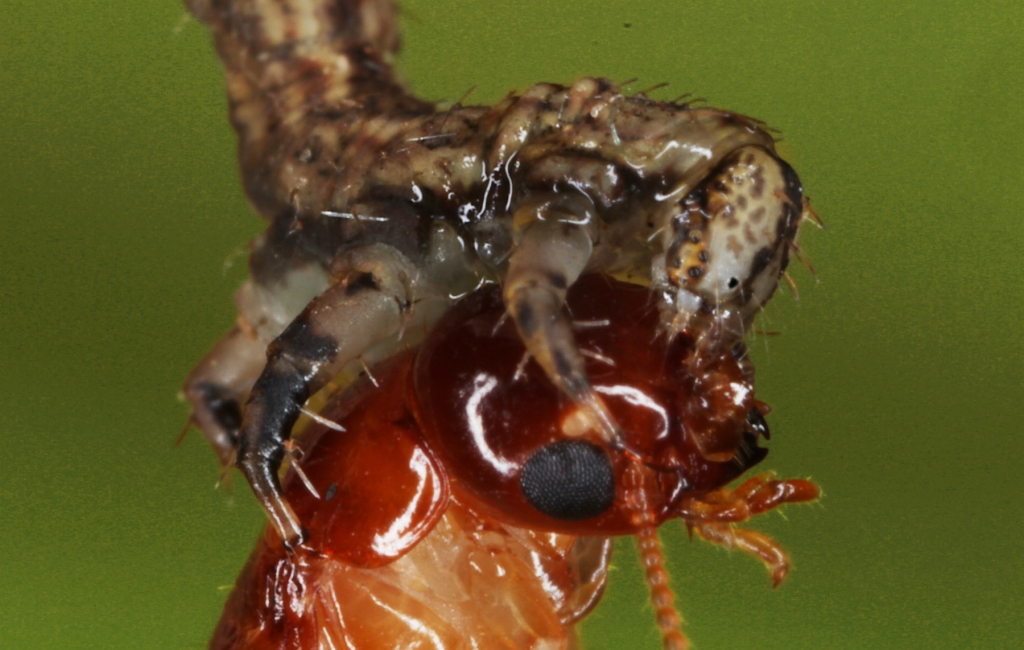 Steve speculates that the extreme isolation of the Hawaiian Islands and the lack of insect predators early on when the volcanic islands emerged from the depth of the ocean fostered an environment favorable to morphological and behavior adaptations that produced carnivorous caterpillars.  What an amazing transformation!