Cyanea superba in the Waiʻanae Mountains 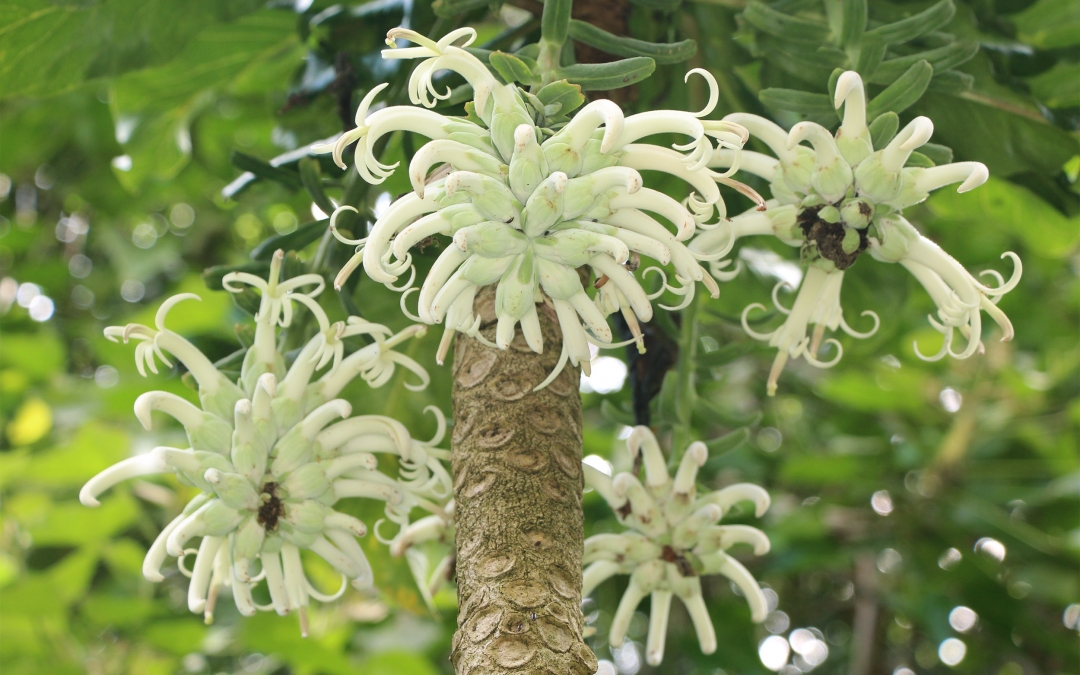 Cyanea superba is one of the successful conservation stories where a rare native Hawaiian plant was saved from the brink of extinction. 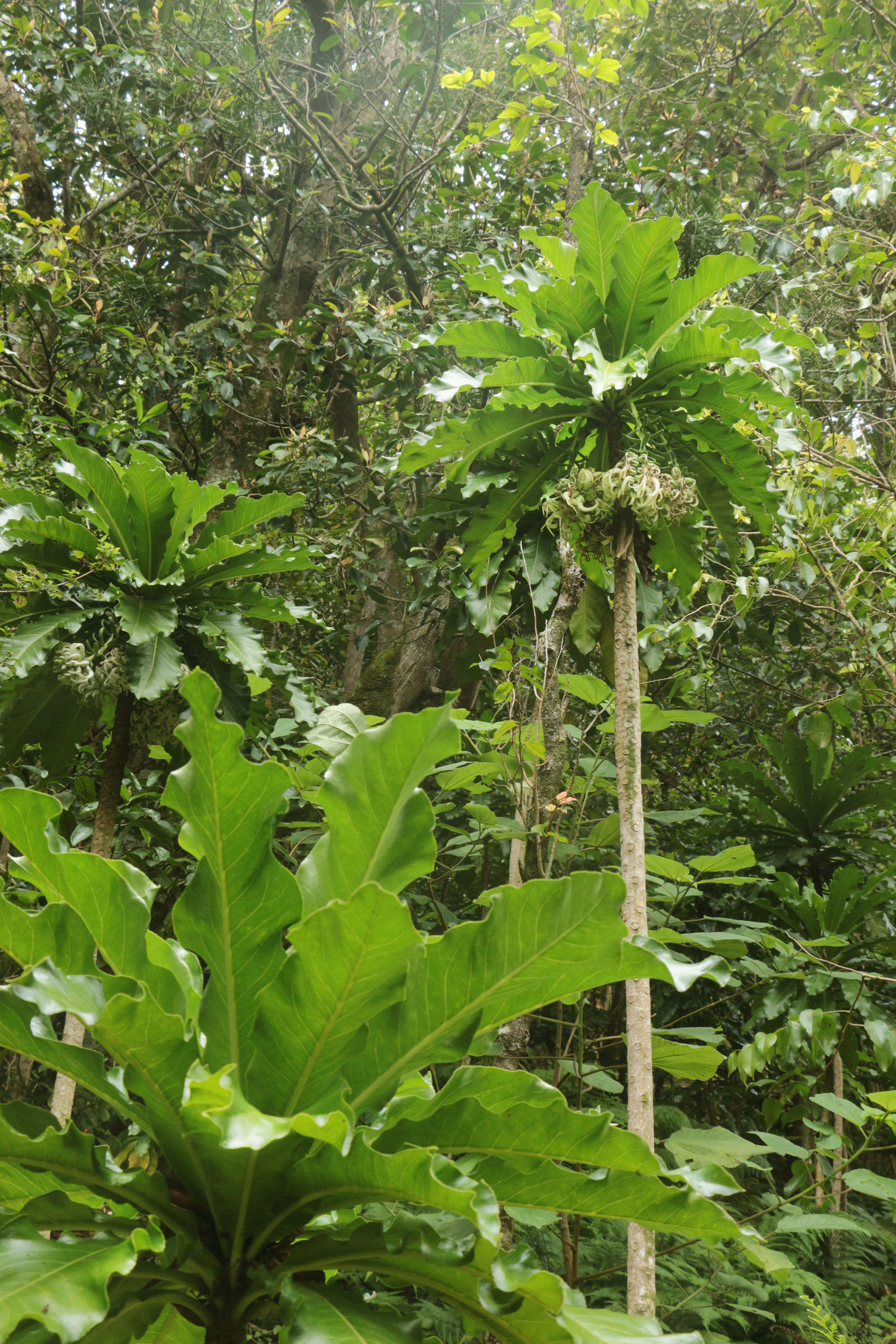 Cyanea has more than 70 species endemic to the Hawaiian Islands — the largest and most morphologically diverse genus in the Hawaiian lobelioids.  Cyanea superba — also known as the Mt. Kaala cyanea or superb cyanea — has a long stalk up to 20 feet high with a shock of leaves on top that makes the plant resemble a palm. Hāhā is the generic Hawaiian name for Cyanea. 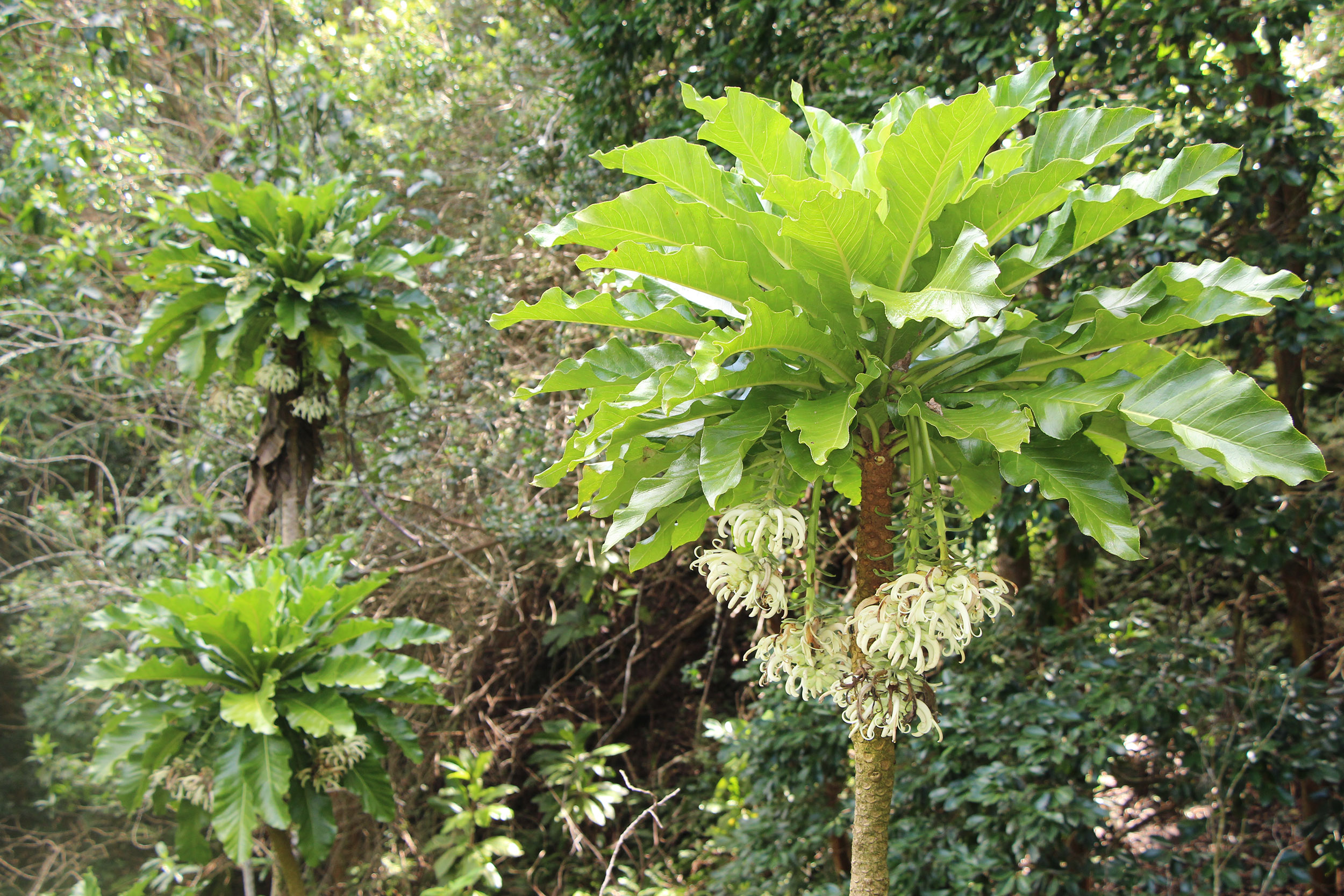 Superba is endemic to the island of Oʻahu but is now extinct in the wild. Seeds were collected from the last plants, reared in the greenhouse, and then outplanted behind fenced exclosures in suitable habitat.  It is on the federal list of endangered species and on the IUCN Red List. 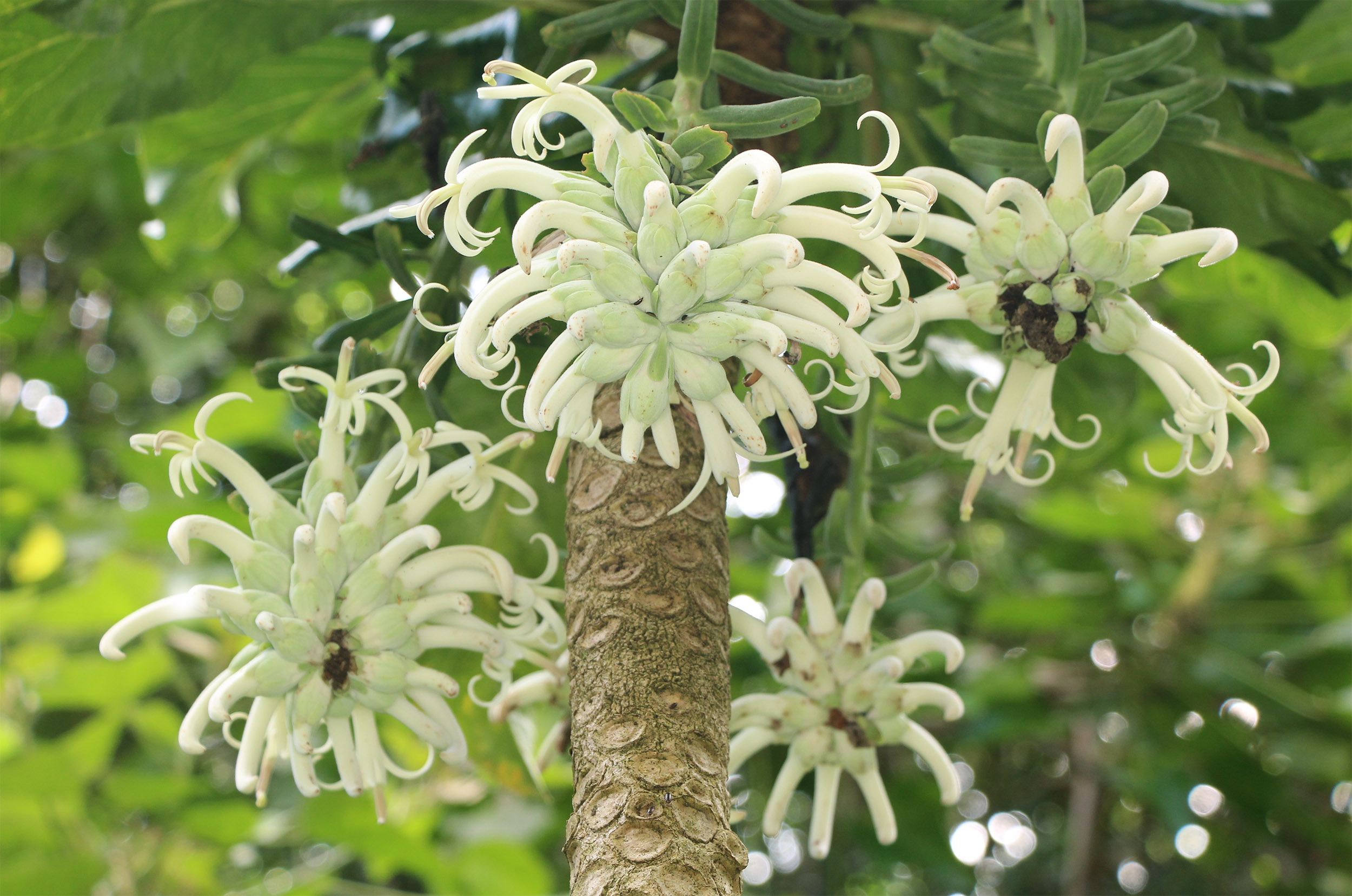 Superba was first discovered in the 1850’s and then was not seen again until its rediscovery in 1971 . In the 1970s about 60 plants were counted. By the time the plant was listed as endangered in 1991 there were only 20 individuals left. These slowly disappeared and the last plant died in 2002.  Loss of habitat, loss of pollinators, and invasive species like pigs, goats, and slugs are responsible for pushing the plant to extinction. 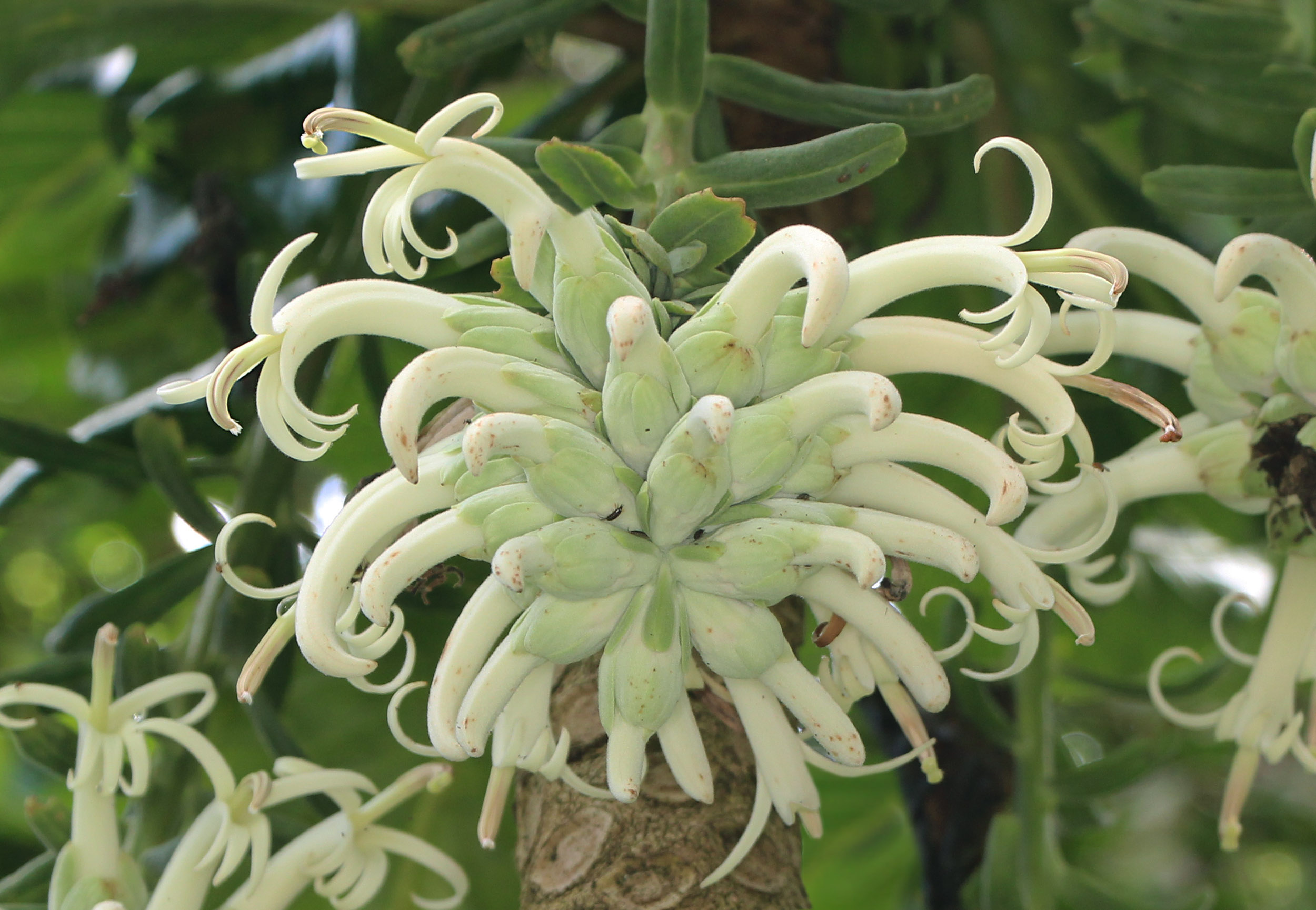 Superba produces multiple flower stalks — known as peduncles — that dangle under the leaves at the top of the plant.  The 3 inch long flowers are white with an ever so slight greenish tinge. 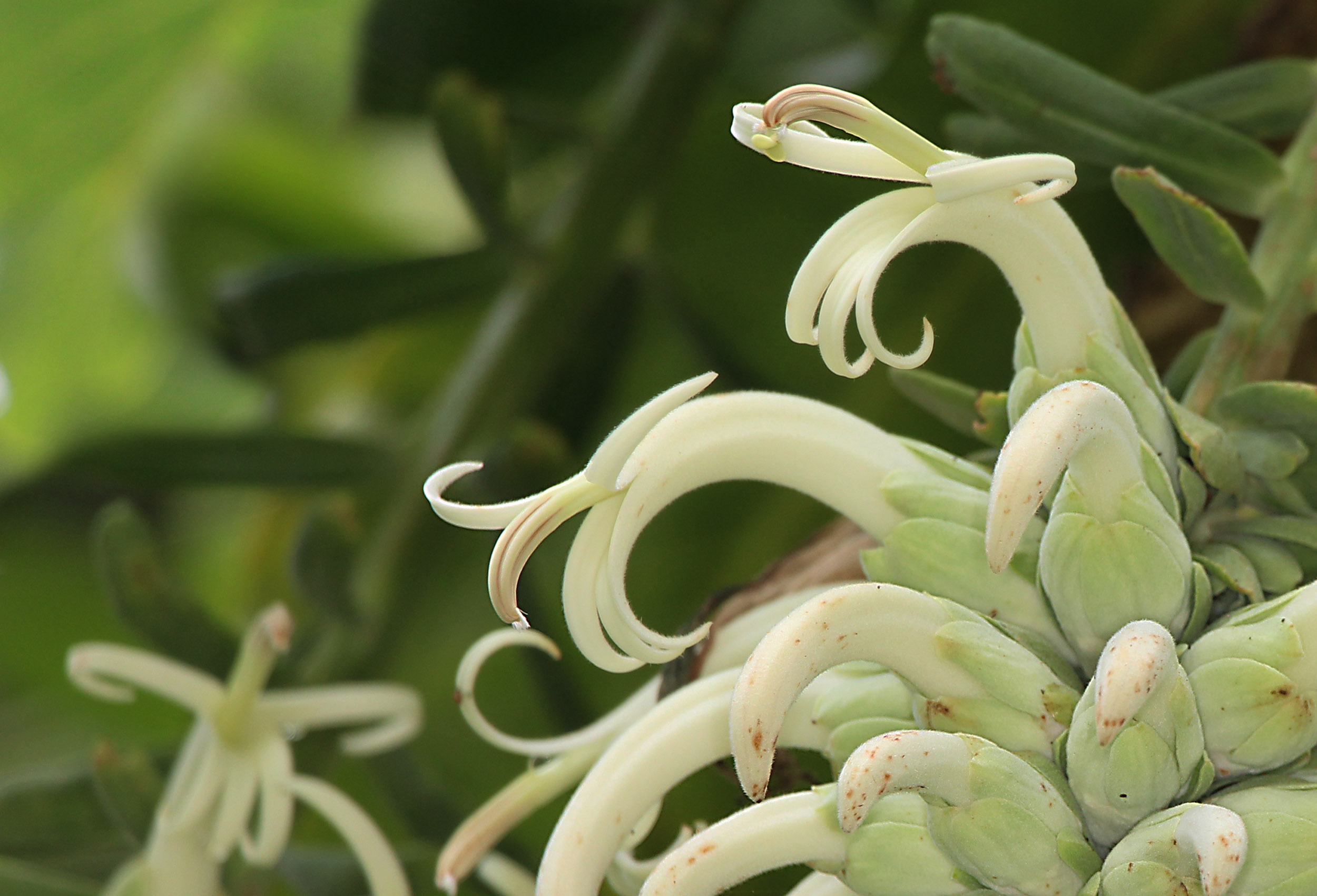 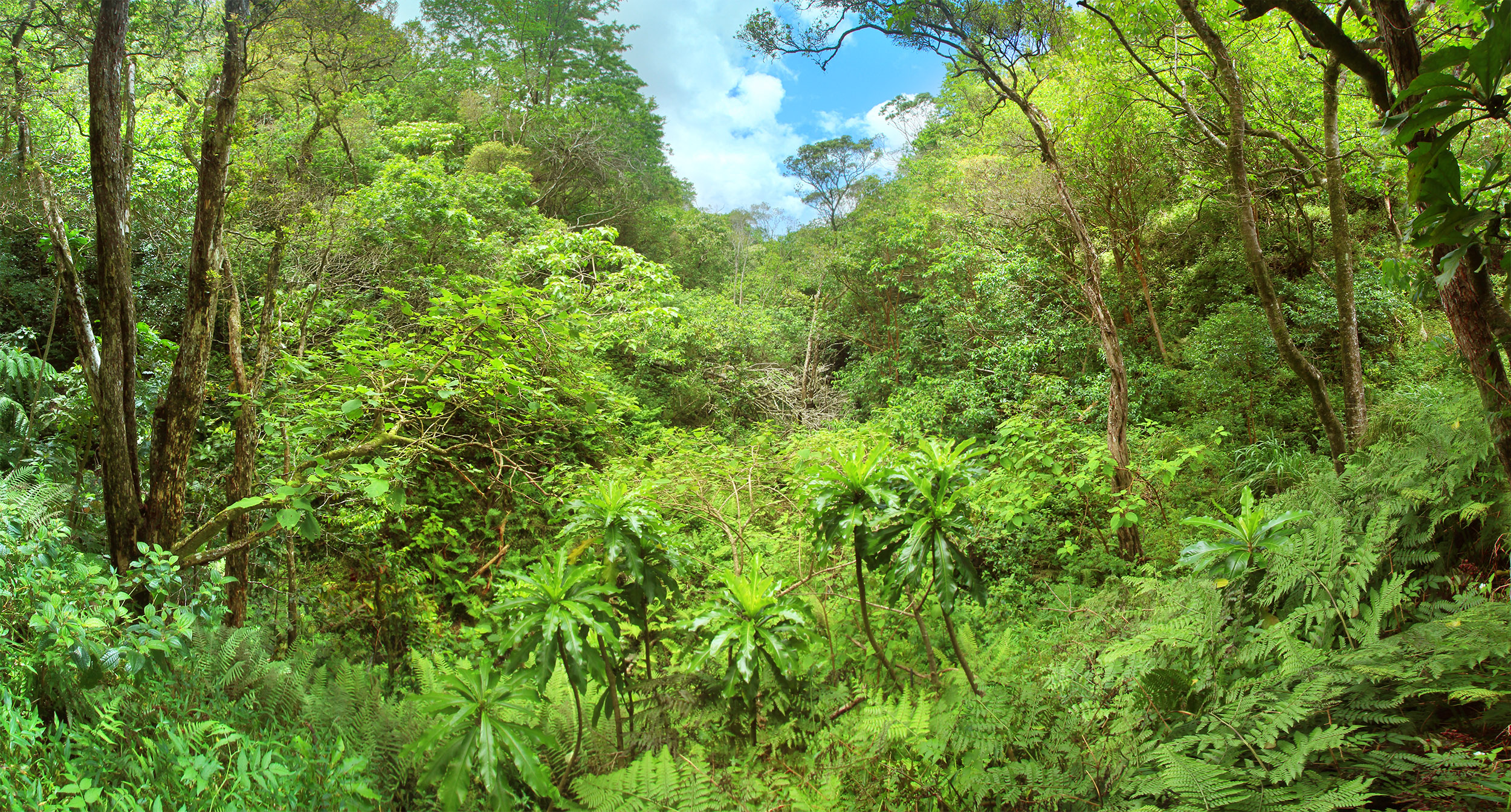 Due to efforts to bring the plant back more superba seeds have been collected, reared in the greenhouse and outplanted in the field.  Here’s hoping their numbers make a big comeback!