Ariamnes Spiders in the Hawaiian Islands 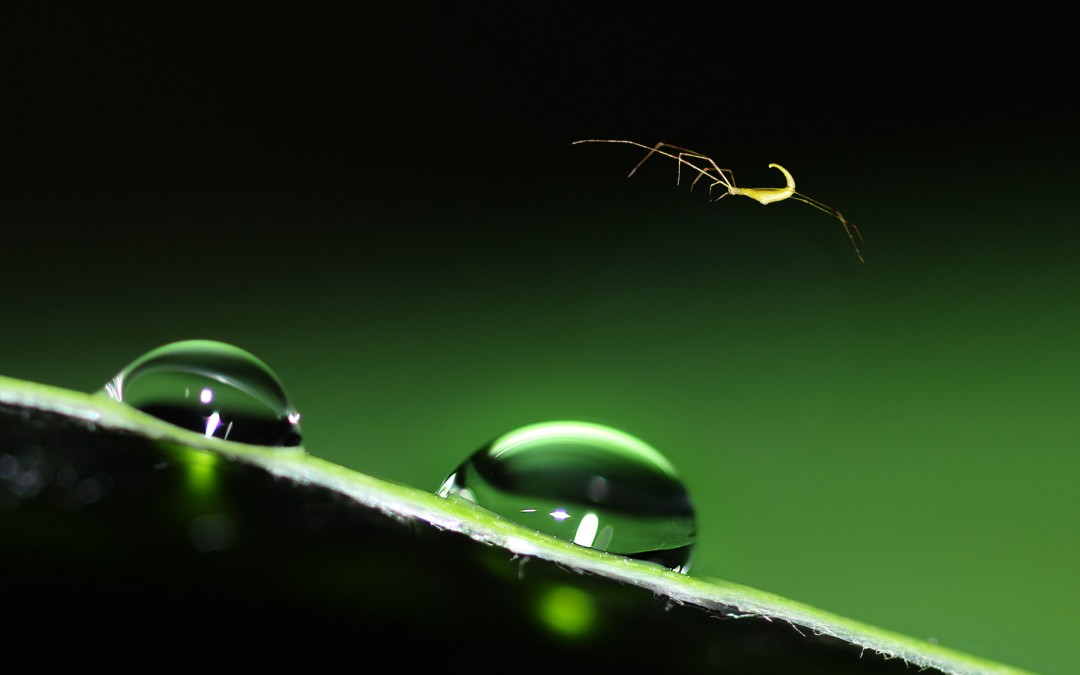 I stumbled on this really cool metallic golden spider on the Big Island!

Earlier this year, Francis Joy and I went to Hawai’i Island to see what interesting critters we might find.  During one of our nocturnal explorations on the slopes of Mauna Kea at Kalopā State Park we stumbled on a stunning sight!  A golden spider sparkling in the light of our headlamps! 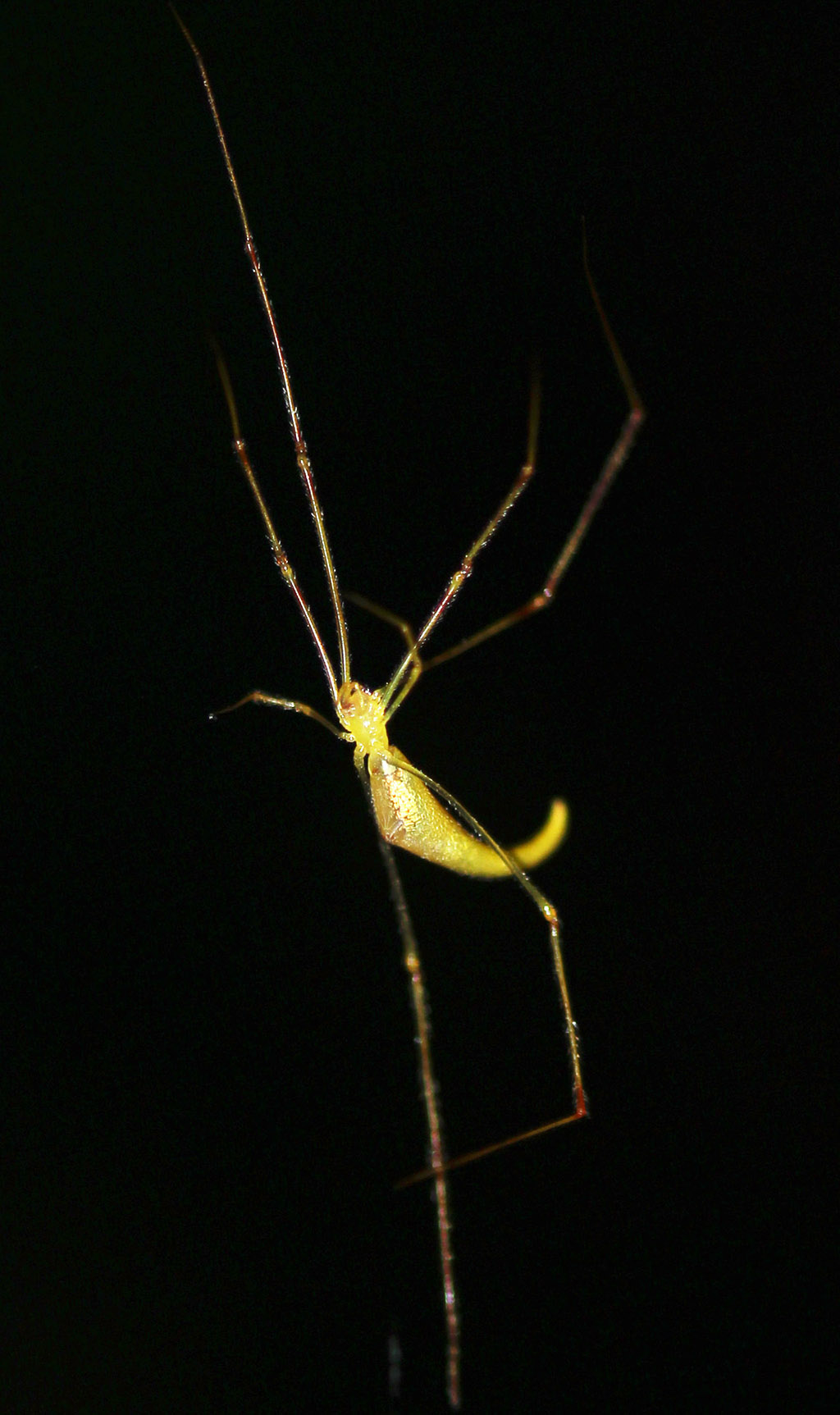 Dangling from the frond of a hapuʻu tree fern was a metallic golden spider, suspended in mid-air over droplets of water transpired by a ginger leaf.  The most distinctive feature besides its eye-catching color was a long curved abdomen. The combined length of the spider’s head and abdomen was a little more than a quarter inch long.  When we got closer to get a better look, we could see that the spider had really long thin legs whose joints were reddish in hue. 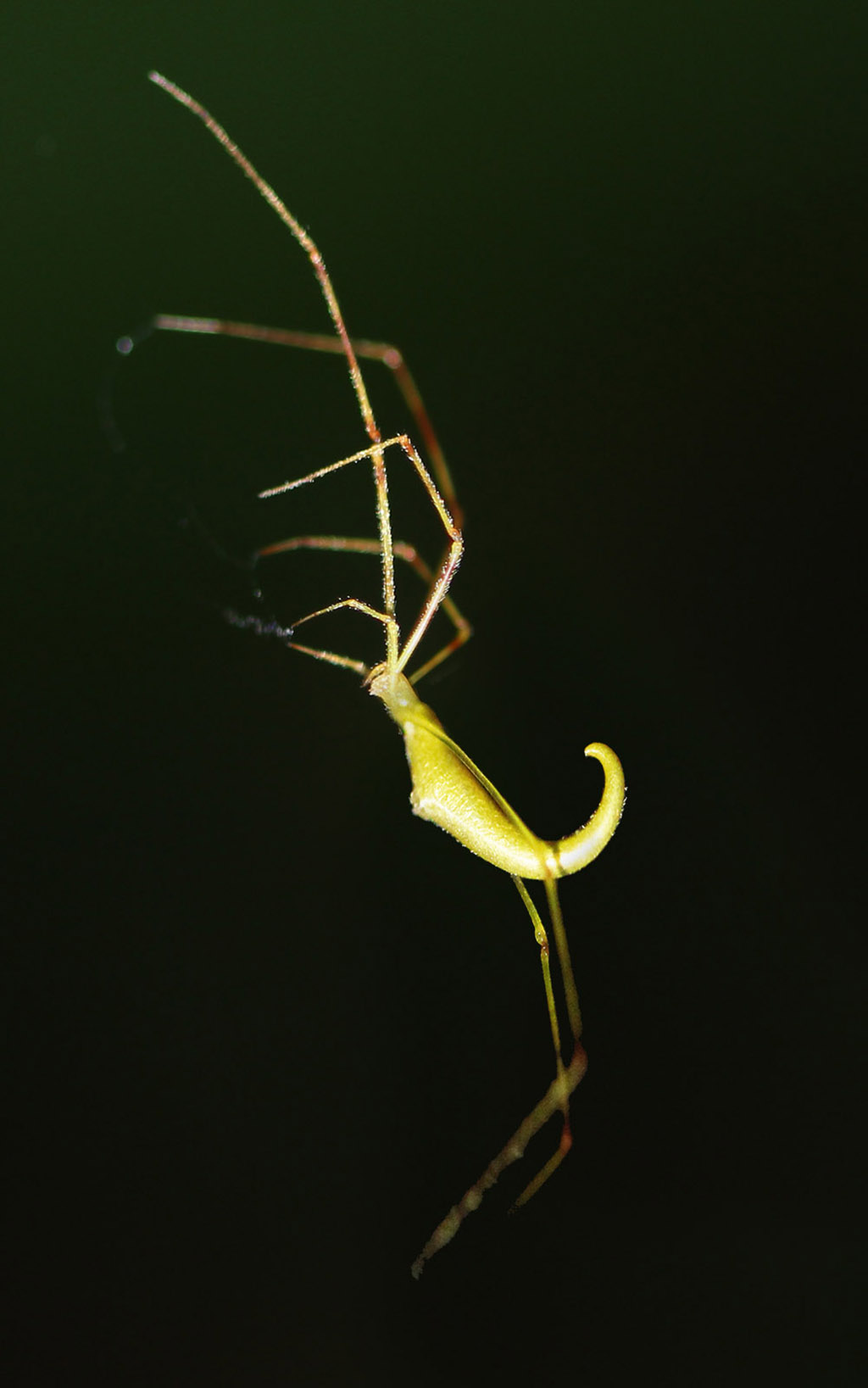 Being amateurs in arachnology, we did not know what spider this was until I posted photos on the Hawaiian Entomological Society page on Facebook.  We learned from Sam Gon III and Darko Cotoras that this was an Ariamnes spiders in the Theridiidae family, endemic to the Hawaiian Islands.  A literature search revealed a fascinating publication by Rosemary Gillespie and Malia Rivera from the University of California at Berkeley.  The article said that in the Hawaiian Islands Ariamnes spiders are exclusively nocturnal and are most frequently found free-living.  However, they can also be found in kleptoparasitic association – exploiting the webs of host spiders — with members of the endemic Hawaiian genus Orsonwelles. 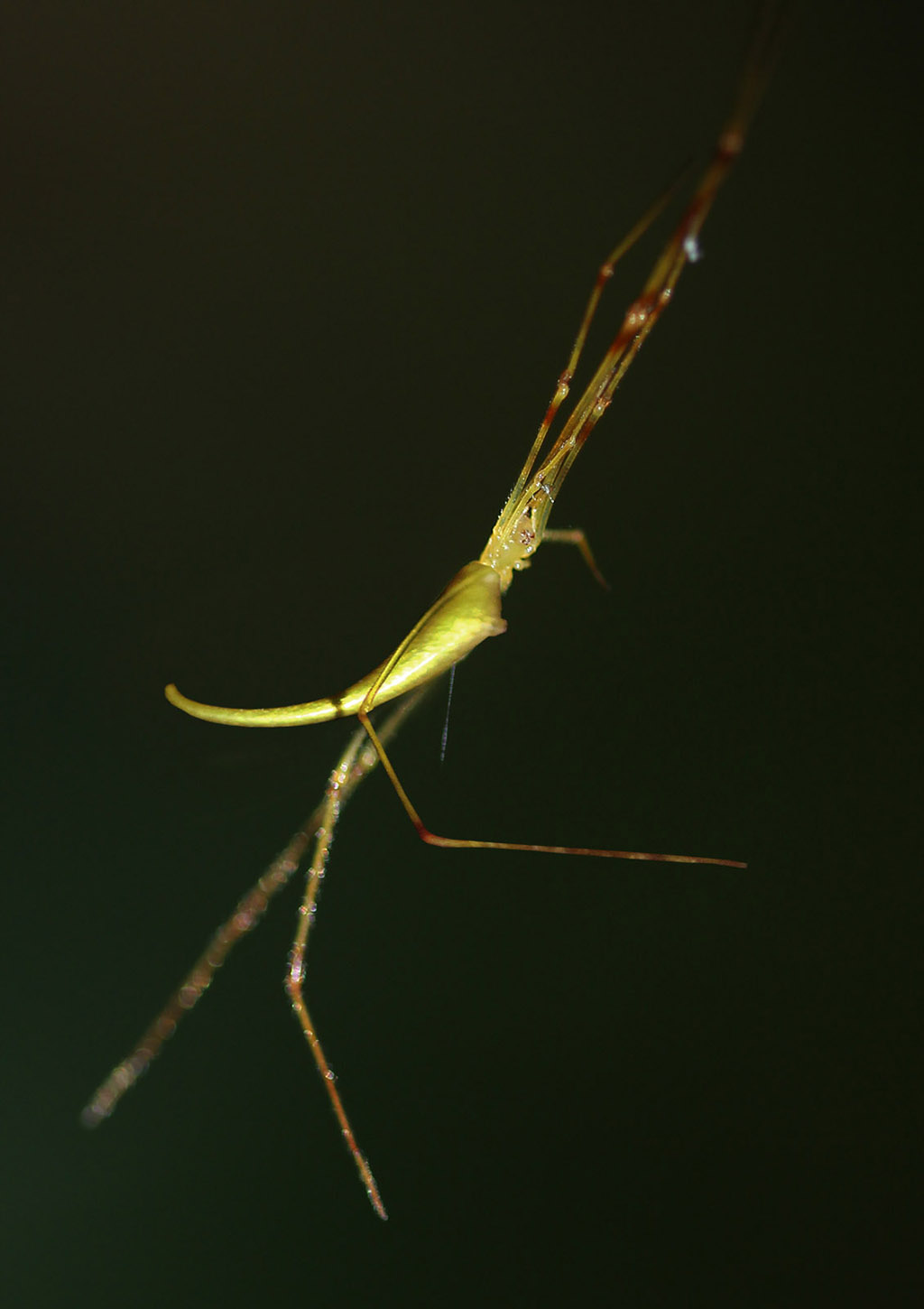 While making our way through the native forest, we found several more of the same spider – but there was considerable variation in their appearance.  Some were more yellow than golden, others had red markings on their bodies, and still others had an abdomen shape that was more triangular.  From the photos of the spiders from the University of California at Berkeley website, it appears that the species we stumbled upon was A. alepeleke. 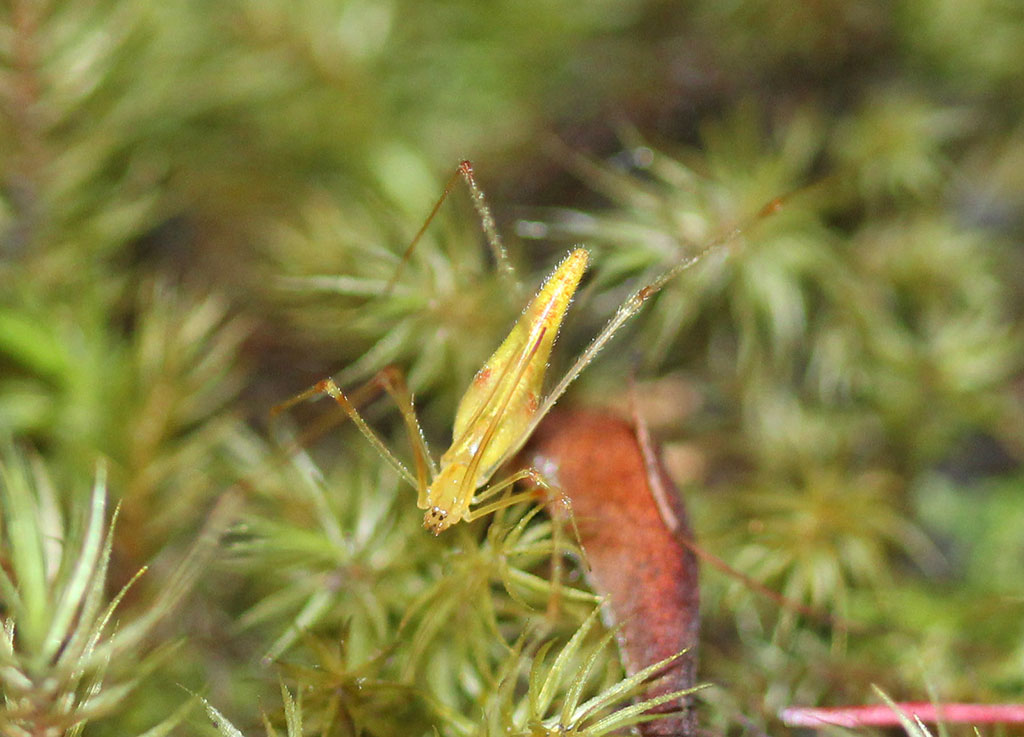 One of the interesting things I learned is that Hawaiian spiders are not well known — many escape notice because they hide during the day and are active only at night.  Biologists believe many new species remain to be described.  It is speculated that many of these unfound species belong to groups that disperse by ballooning — spiderlings release long lengths of silk into the wind, are carried aloft into the air, and are distributed far and wide.  When they land on new islands the spiders often undergo extensive adaptive radiation and evolve into many diverse but closely related species.  There is so much to learn about the amazing array of spiders endemic to the Hawaiian Islands.