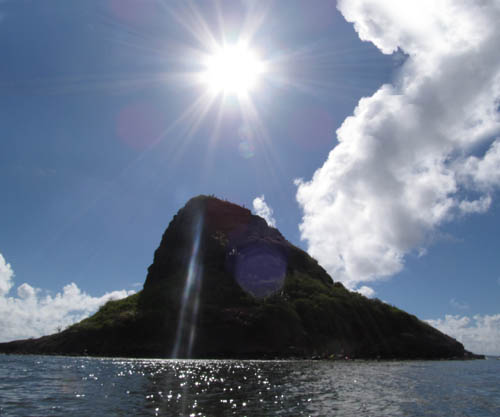 About 14 of us met at Kualoa Beach Park early in the morning to swim to Mokoliʻi.  Mokoliʻi is the 12.5 acre islet just offshore from Kualoa Beach Park on the northern end of Kāneʻohe Bay.  The islet has a cone shape — hence its more commonly used nickname — Chinaman’s Hat.

According to Hawaiian mythology, Mokoliʻi is the remains of the tail of a moʻo — giant lizzard — that was defeated by Hiʻiaka during her journey from Kilauea on Hawaiʻi Island to Haena on Kauaʻi in the epic tale of Hiʻiakaikapoliopele.  The ridge opposite the islet — Moʻo Kapu O Haloa — also contain parts of the slain moʻo. 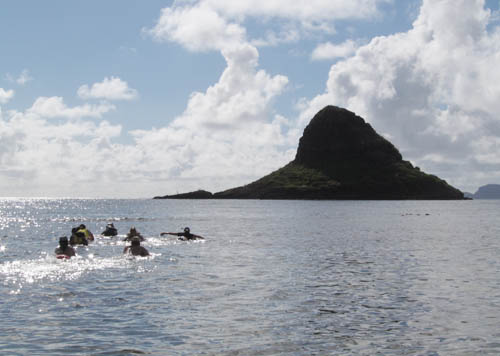 The tide was low when we pushed-off.  Over the years a number of people visiting Mokoliʻi have drowned.  To avoid such a tragedy, visit the life guard before going to Mokoliʻi to learn of the conditions in the water and the safest route to take.  Each of us brought a flotation device — boogie board, inner tube, paddle board, etc — which allowed us to swim over the deepest part of the channel. 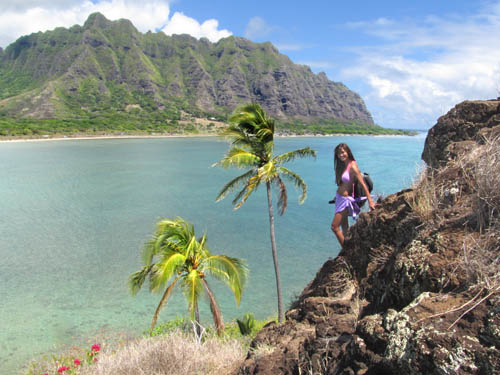 When we got to the islet we climbed to the 206 foot summit where we saw a number of coconut palms.

The summit of Mokoliʻi provided stunning views of the northern end of Kāneʻohe Bay.  We could see Ohulehule looming over Moliʻi Fishpond and Moʻo Kapu O Haloa towering Kualoa Ranch. 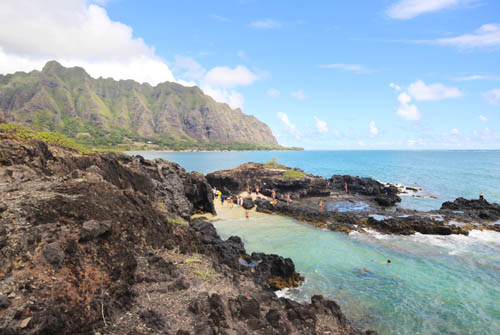 After enjoying the summit, we descended to the shores of the islet and hiked to the back side of Mokoliʻi which has a small sandy cove great for swimming and snorkeling. 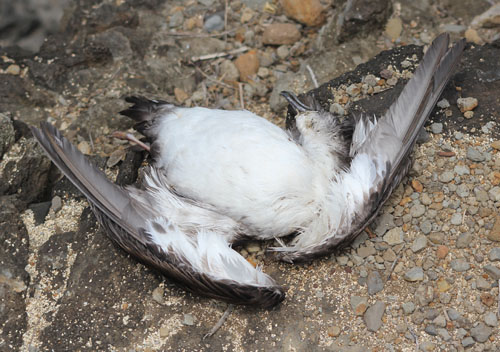 While making our way to the cove we saw a dead wedge-tailed shearwater that appeared to be just recently killed. 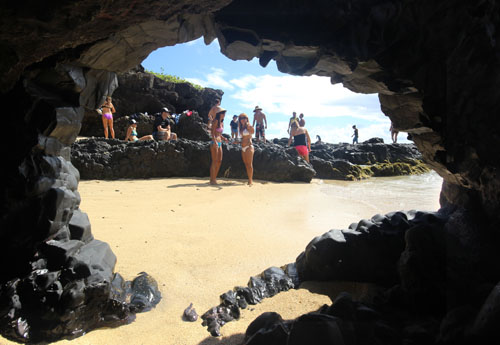 We enjoyed the beautiful cove and sandy beach which had a cave that opened up right on the beach.

While the others spent hours swimming in the cove and enjoying the beach, I searched the slopes of Mokoliʻi looking for wedge-tail shearwaters. 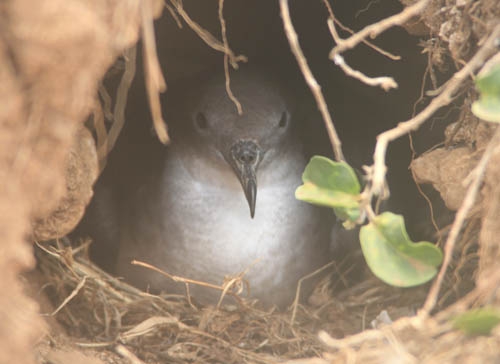 ʻUaʻu kani or Wedge-tailed shearwaters (Puffinus pacificus) dig burrows into the earth to nest.  The seabirds are indigenous to Hawaiʻi and are found throughout the Northwest Hawaiian Islands and on a number of protected islets in the main Hawaiian Islands. The birds are found in the tropical and subtropical regions of the Indian and Pacific Oceans. 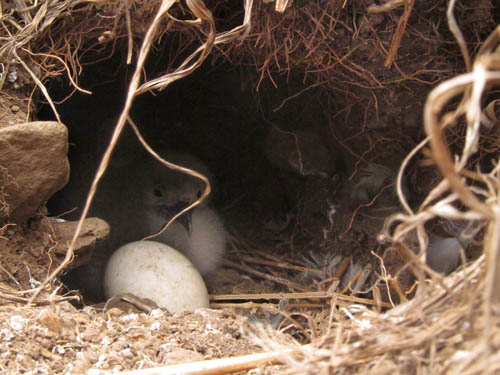 We saw many shearwater burrows which were excavated into the slopes of the islet.  When I peered into a number of them I saw several chicks and eggs. 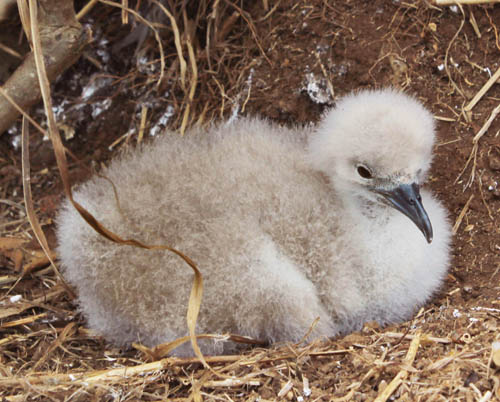 One of the cutest little chicks came out of its hiding place and allowed me to photograph the fuzzy ball of down. 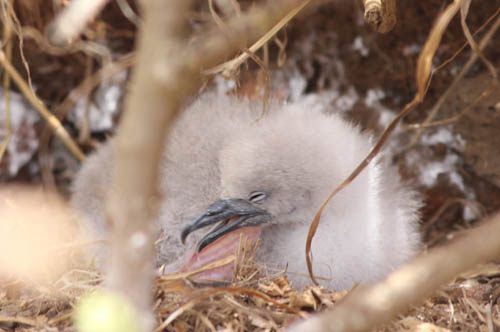 The underside of the chick’s feet were pink which they used to scratch and groom themselves.

Time past quickly and soon it was time to pack up and leave the islet.  But I could not resist lingering to take the last few panoramic shots before swimming back to Kualoa Beach Park.

After spending half a day at Mokoliʻi, the tide had risen which made swimming back much harder than going over.  Avoid the part where the waves go around the island and collide in the middle.  If you are not a good swimmer be sure to use fins and a flotation device.

While making our way back to shore, I reflected on the great time we had swimming to Mokoliʻi, visiting the sandy cove on the backside, and seeing Wedge-tailed Shearwaters on the islet.  What a great place to visit!

‘Ua‘u kani or Wedge-tailed Shearwater, Division of Forestry and Wildlife, Department of Land and Natural Resources