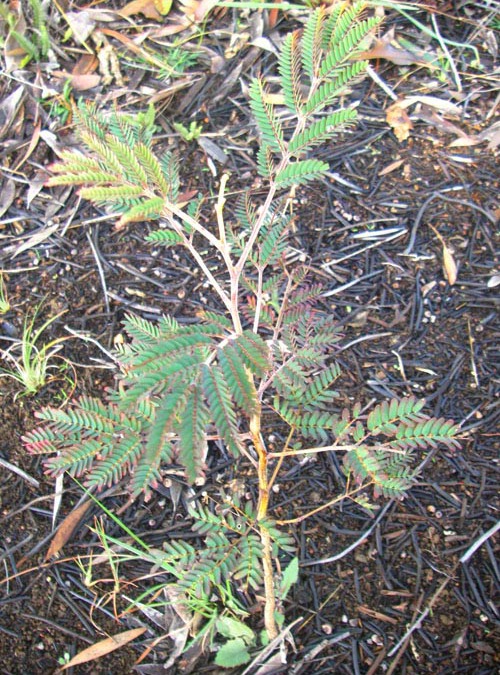 I love to explore the mesic forests of Hawaii to photograph koa trees and their distinctive foliage.  Koa trees are unusual in that their leaves undergo a remarkable transformation as they grow from saplings into trees.  It never ceases to amaze me when I see koa trees with two distinct forms of leaves growing on the same branch.

Several years ago a brush fire swept over Manana Ridge in Pearl City on Oahu.  While I mourned the destruction of a grove of koa trees along the trail, the fire allowed me to see first hand over the next few months and years how the grove was regenerated.  Koa seeds have a hard coating that impedes germination until they are burned or mechanically scarred.  Seeds can lie dormant for years, until a fire burns the outter coating and allows them to germinate. 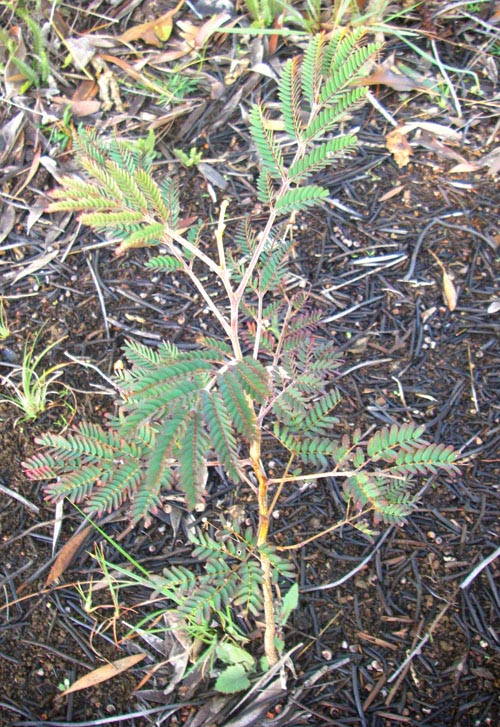 Here is a photo of a koa seedling that germinated after a brush fire on Manana Ridge.  Koa seedlings have a double row of tiny leaves (call bipinnate leaflets).  These juvenile leaves are the true leaves of koa. 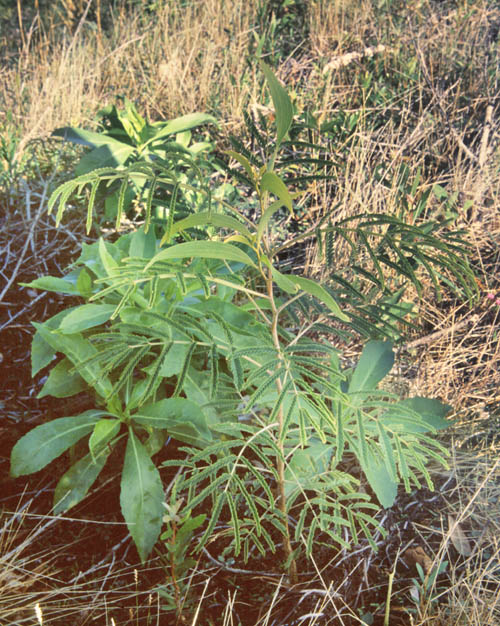 When koa seedlings grow into saplings their double row of leaves begin the transform into adult sickle shaped leaves (called phyllodes), which are actually leaf stalks (called petioles) that have broadened to become adult “leaves”. 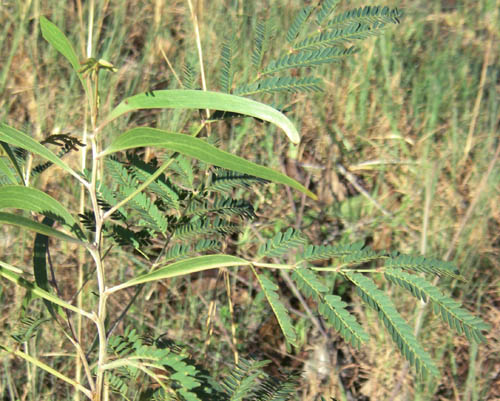 This close-up photo shows koa leaves in mid-transformation – notice how the leaf stalk with bipinnate leaflets at the end has started to broaden and flatten.  Below this point the leaves are juvenile while the leaves above this point are adult. 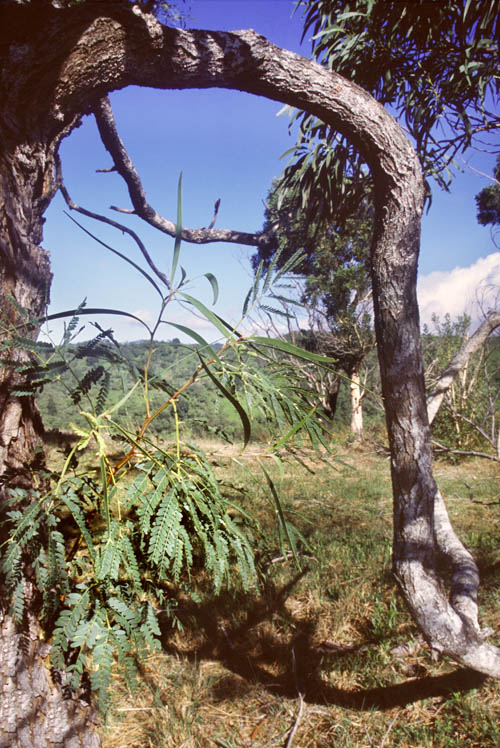 Mature koa trees will sometimes revert back to childhood and produce juvenile leaves.  This occurs more commonly when new growth emerges on the trunk or lower branches of the tree or when the tree is wounded.  The leaves then undergo the same transform to the adult form again. 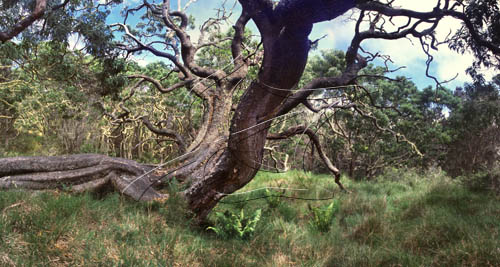 Koa trees (acacia koa) are endemic to the Hawaiian Islands and are among the largest native trees.  They reach well over a 100 feet tall and can have thick trunks 10 feet in diameter.  Their reddish brown hardwood is highly prized and is extremely valuable. Here is a photo of a giant age-old koa tree several hundred years old along the Ainapo Trail that leads to the summit of Mauna Loa on Hawaii island.