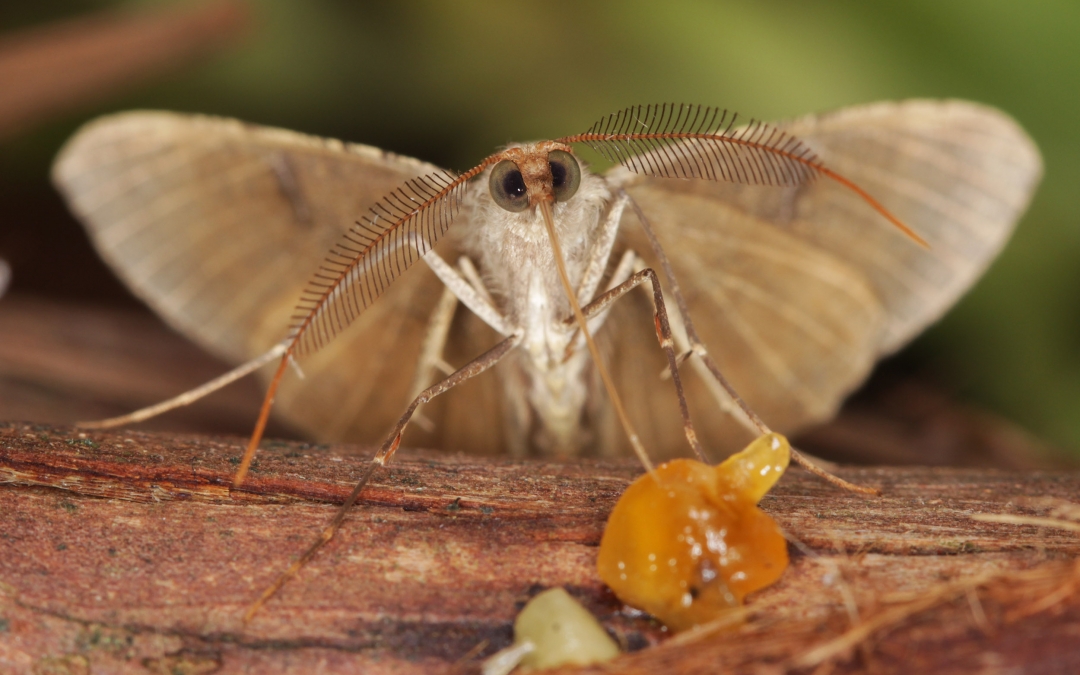 I was thrilled to get close-up shots of a cute little Scotorythra moth in Haleakalā Crater on the island of Maui.

While backpacking through Haleakalā Crater, we were lucky when entomologist Steve Montgomery found a Scotorythra moth outside the Palikū Cabin where we stayed overnight.  Scotorythra is a genus of moth in the Geometridae family. There are some 70 species of moths in the genus all of which are endemic to the Hawaiian Islands. 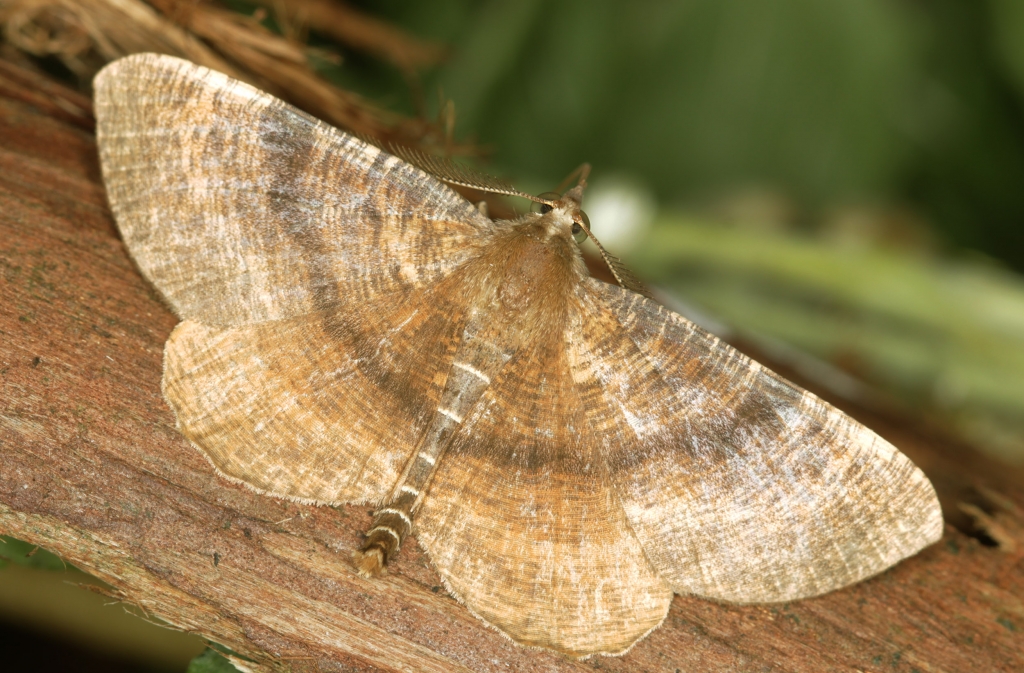 The moth had a wing span of almost 1-1/2 inches.  Its wings were brown in color with a dark band through the middle and a subtle fine wood grain pattern across its wings. The long thin body of the moth had white stripes down the length of its abdomen. 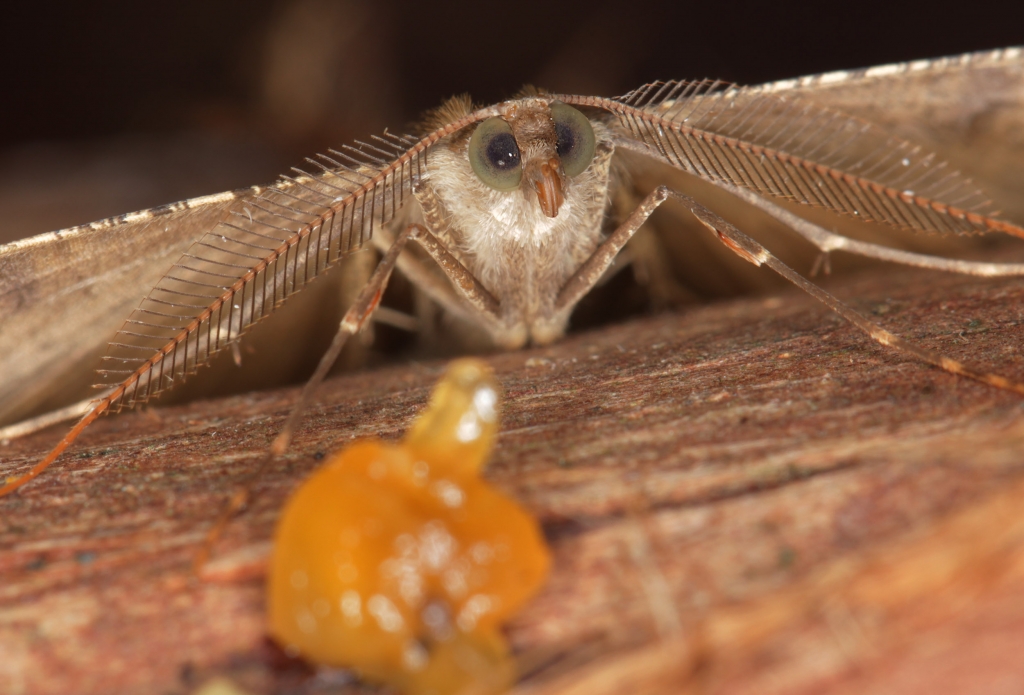 What captivated me about the moth were its large eyes — the moth looked like it was wearing goggles — which I can only guess were designed for night vision.  When I first started to take photos of the creature, its proboscis – feeding tube – located just under and between its eyes – was curled up and made the moth resemble an owl with a beak. 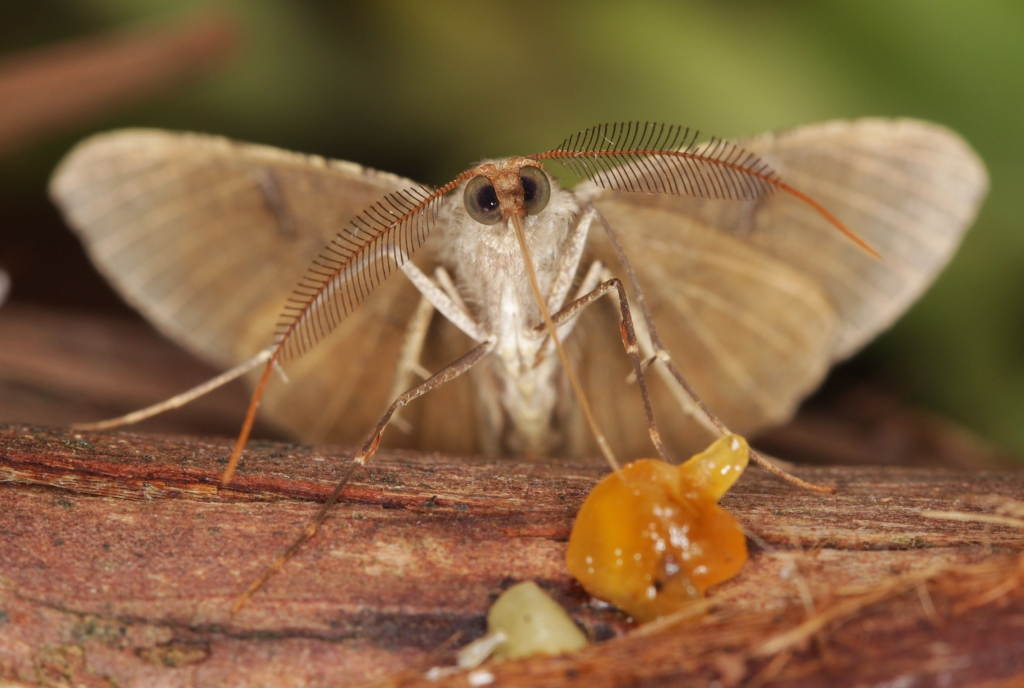 Steve hydrated some dried mango and placed it in front of the moth in the hopes that it would feed. Sure enough the moth unfurled its proboscis which it used like a straw to suck up the juices of the fruit. 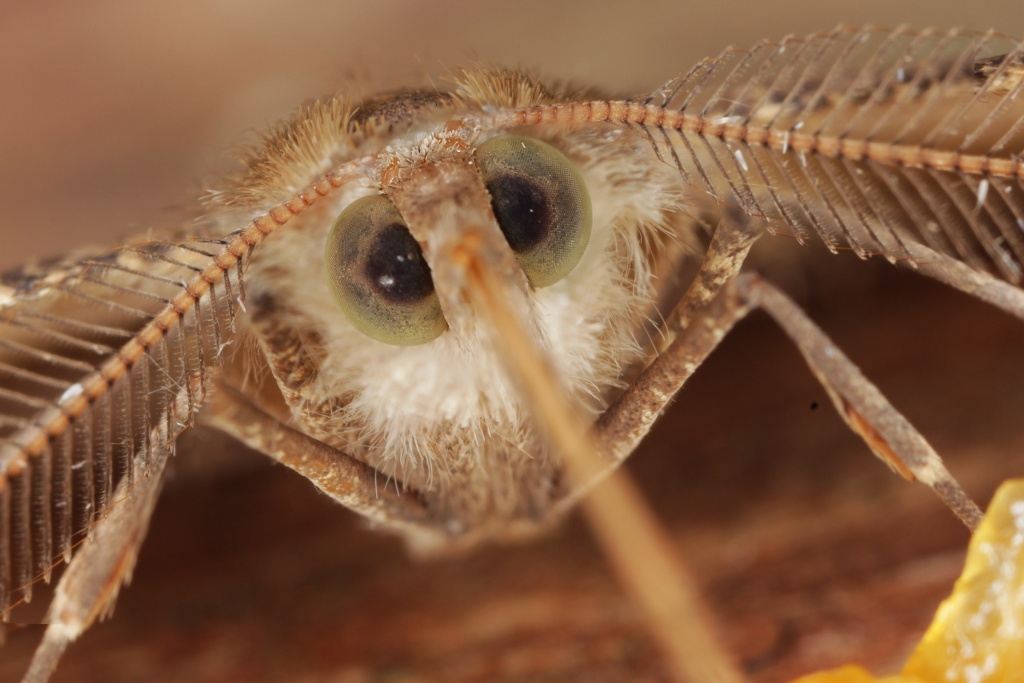 The moth was so intent on feeding that it did not mind me getting in for a super close-up.  I was almost hypnotized looking into its huge eyes where I could see the array of cells — individual lenses — that make up its compound eye.  How adorable is that face! 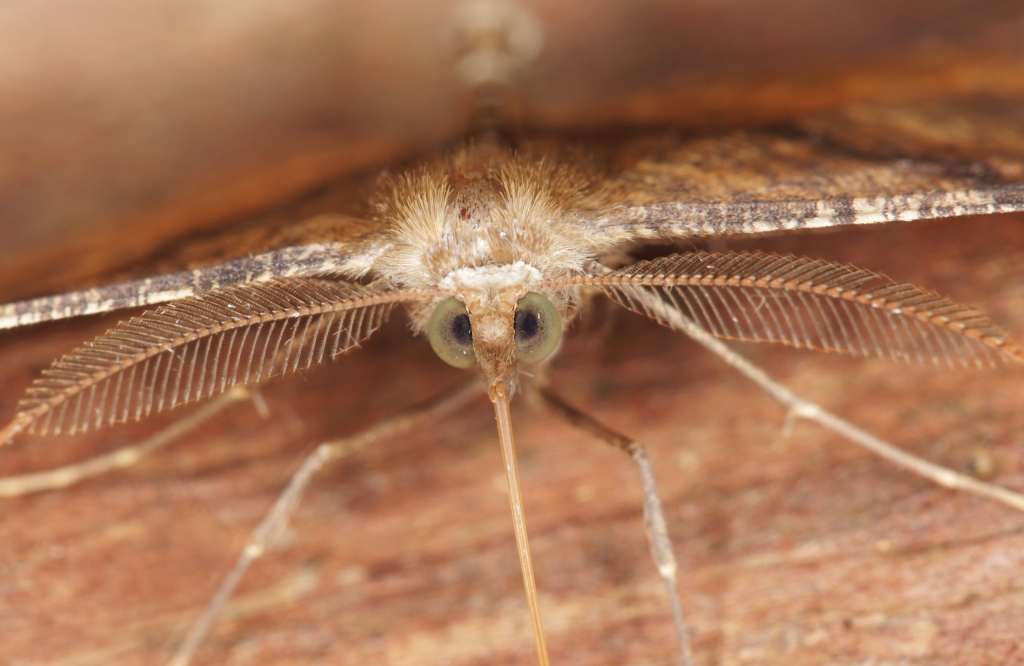 The moth had feathery antennae which Steve told us indicated the moth was a male.  Males use these feathery antennae to detect pheromones emitted by females when they are ready to mate.  What an fascinating little creature!