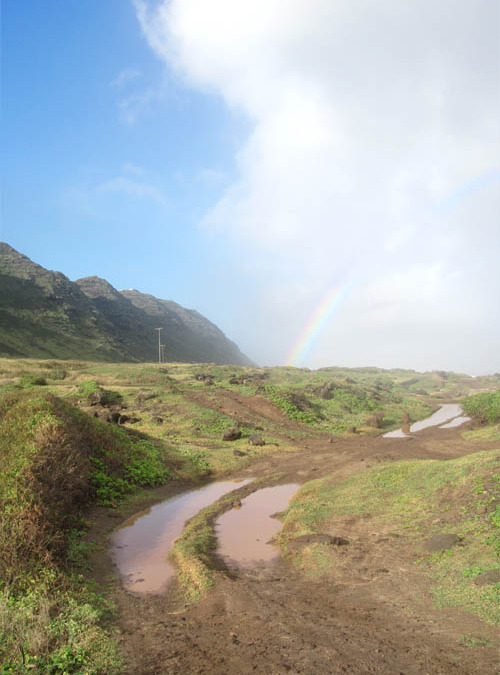 I hiked to Ka`ena Point to see the native plants and animals that live on the western-most tip of O`ahu during the rainy season.

The winter months are the best time to visit Ka`ena Point when migratory whales and albatrosses arrive on the largest stretch of undeveloped coastline on the island. 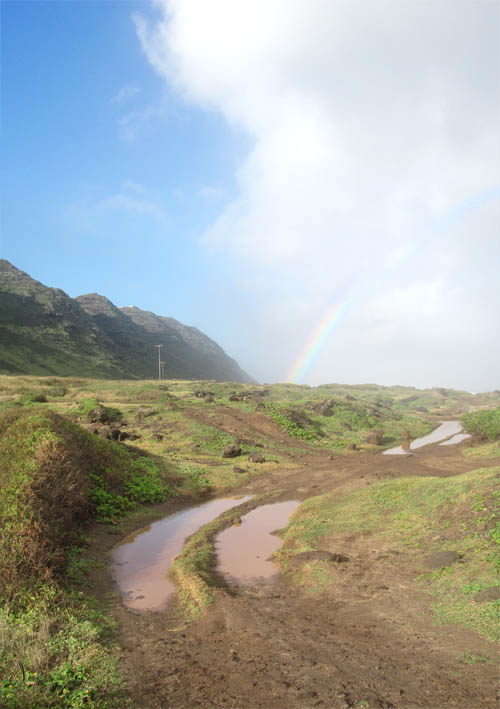 Kaena Point is usually hot and dry — except in the winter months — when most of the rain Ka`ena receives for the year falls.  Low spots in the dirt roads gouged by 4WD vehicles fill with water and the roads are turned into a muddy morass.  In order to avoid the mud, I usually do the 3-mile hike along the edge of the coast, which is also far more scenic and interesting to see.

While rain pelted much of O`ahu, only a light drizzle fell at Mokuleia when I pushed off for Ka`ena Point.  As I made my way along the coast, I was thrilled when the clouds parted, the sun emerged, and a magnificent rainbow appeared before my eyes! 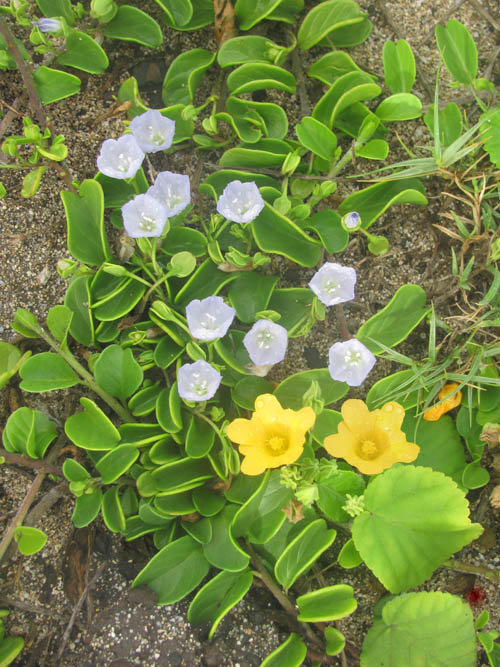 The yellow-orange flowers of ilima (Sida fallax) and the blue-purple flowers of pa`u-o-hi’iaka (Jacquemontia ovalifolia) thrive during the rainy season.  They carpet the landscape and have delicate flowers that last for only a single day. 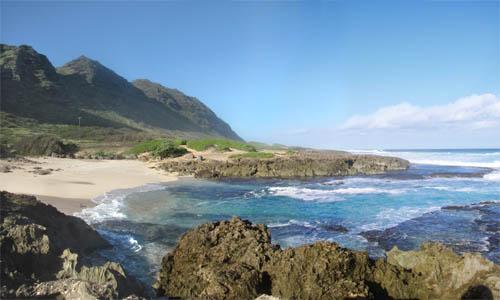 Several quaint little coves, some sandy and others rocky, are carved into the coastline.  I stopped at each one to admire the magnificent shades of blue in the water as I made my way down the coast to Ka`ena Point. 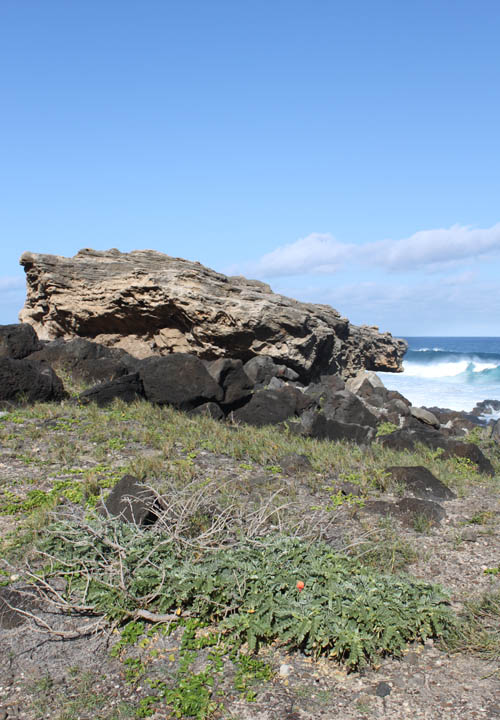 When I reached the Natural Area Reserve, I stopped at the large limestone rock — Leina aka uhane — where according to Hawaiian tradition, the souls of the dead leap into the next world.  Many low-lying shrubs of ohai (Sesbania tomentosa), an endangered plant, sprawl over the ground around the culturally significant site. 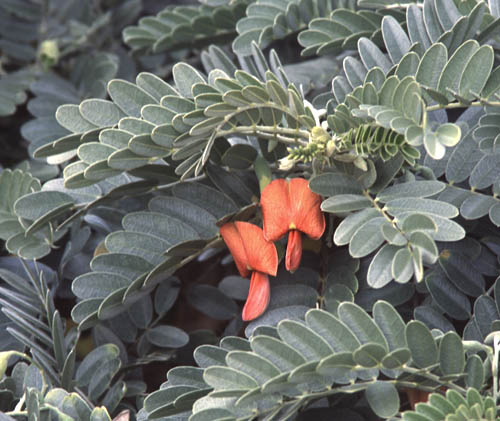 Ohai (Sesbania tomentosa) has made a huge comeback at Ka`ena Point.  Reduced to little more than a dozen plants prior to the creation of the Natural Area Reserve, recreational vehicles that once plowed over the sand dunes are no longer able to reach the very tip of the point.  Now that the dunes are protected at Kaena Point, these endangered plants have made a dramatic comeback. 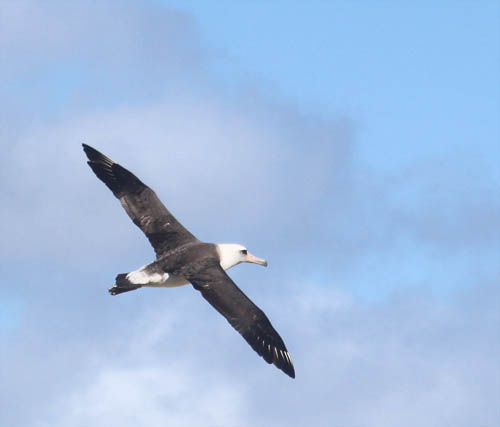 While examining the native plants in the reserve, a curious moli or laysan albatross (Phoebastria immutabilis) flew overhead to see what I was doing.  These large seabirds can have wingspans nearly 6 feet across and are powerful fliers. 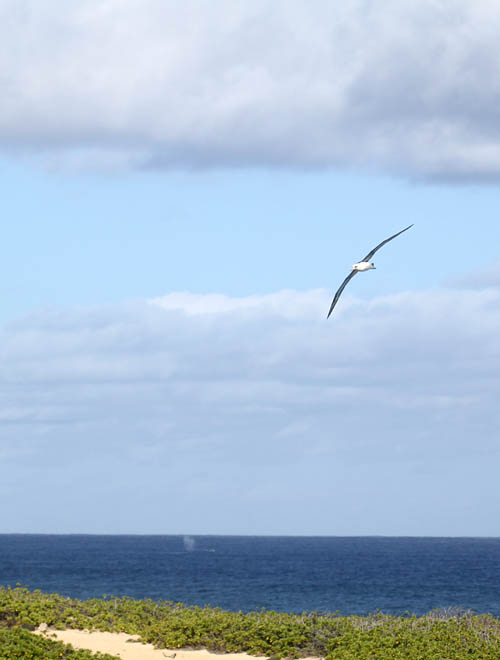 Moli live in the North Pacific and spend almost their entire lives in the air — eating and sleeping completely on the wing.  As I photographed the moli in flight above I serendipitously caught a humpback whale in mid-spout just offshore. 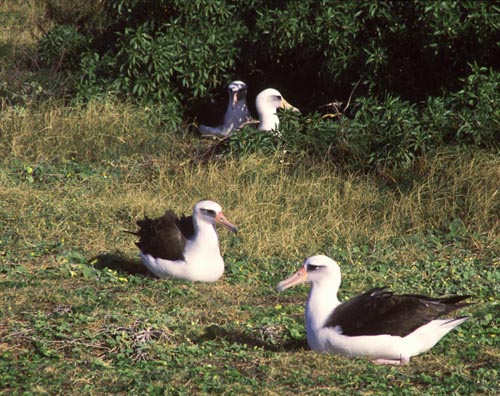 While they can spend their entire lives in the air, Moli must breed, nest and raise their young on land.  Moli live for 40-60 years and form life-long pair bonds. Each year they return to same location, where they reunite with their mates for the breeding season.  Moli arrive at Ka`ena Point around November and stay until May. 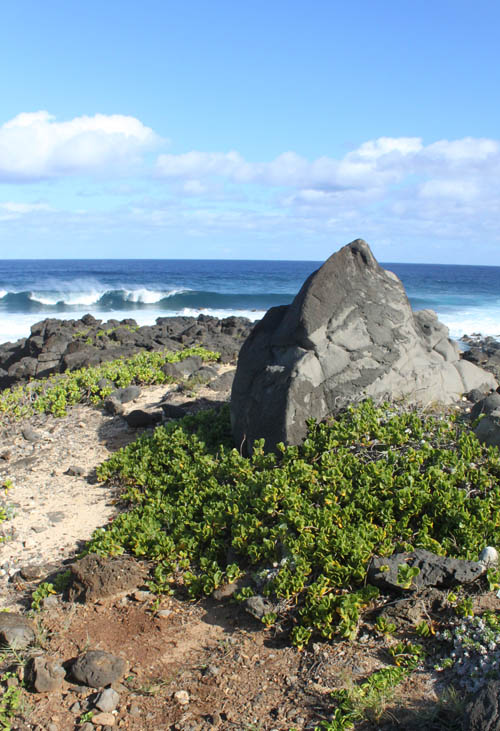 While making my way along the coastline, I stumbled upon a rare dwarf naupaka which is quite different from the common beach naupaka found along the coasts of Hawaii and many of the tropic and sub-tropic regions of the world. 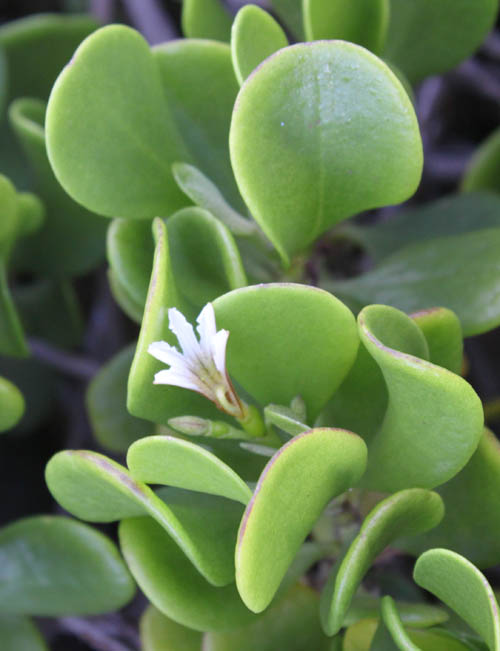 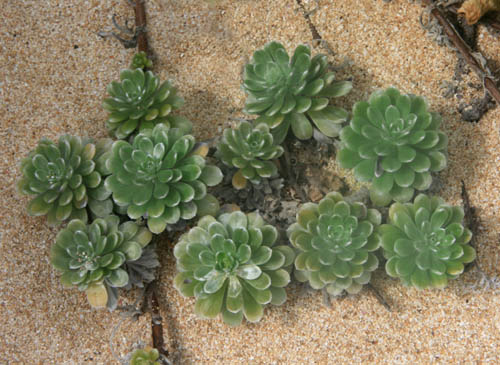 Another fascinating sight was hinahina (Heliotropium anomalum) which thrives in the sand dunes at Ka`ena Point.  The leaves of hinahina form a geometric rosette pattern which are covered in hairs that give the plant a silvery sheen.  The hairs are an adaptation that allow the plant to conserve moisture and tolerate the salt spray. 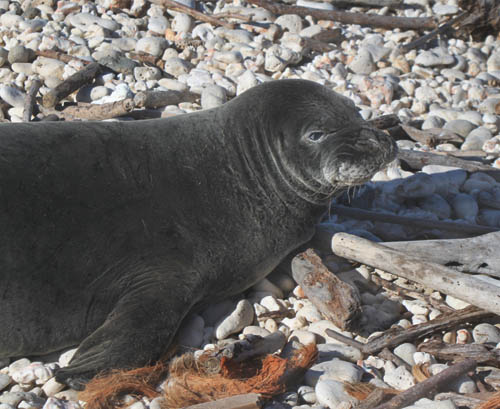 One of the interesting things to see at Ka`ena Point are Hawaiian monk seals (Monachus schauinslandi) which often sun bathe on the coral rock beach at the very tip of the point.  Known as ilio-holo-i-ka-uaua (the dog that runs in the surf), these creatures are critically endangered with only about 100 seals left in the main Hawaiian Islands. 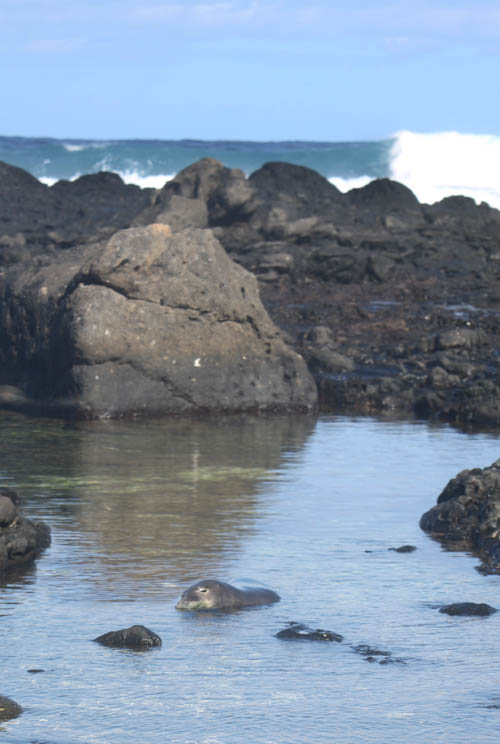 These animals can weigh up to 600 pounds and are awkward on land,  But they are great swimmers in their element — the water.  I was thrilled to see a monk seal swimming in a large tide pool.  I normally just see  them sun bathing motionless like giant slugs so it was great to see them active and moving about. 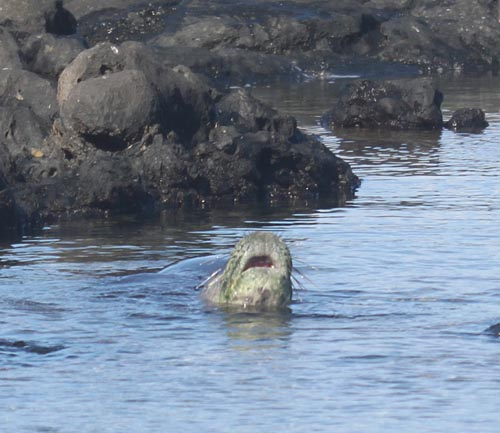 There was so much to see that I lingered for hours photographing the wildlife and plants at Kaena Point.  I was especially pleased to get this close-up of the monk seal as it came up to breathe.  What a cute seal! 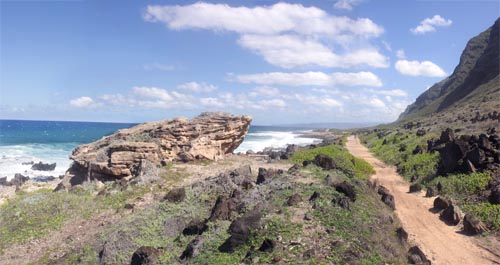 Time flew by quickly and soon it was time to leave.  As I made my way back out the Natural Area Reserve the way I had come, I reflected on the fascinating plants and animals I saw that live at Ka`ena Point during the winter months.  What a great place to visit!

Moli or Laysan Albatross, State of Hawaii, Division of Forestry and Wildlife