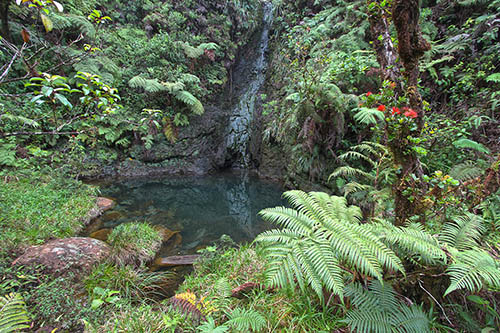 I was lucky to get some close up shots of the Piano or Giant Hawaiian Dragonfly — Anax strenuus.

Also known as the Giant Hawaiian Darner, the dragonfly is said to be the largest in the United States.  The dragonfly has a wing span of about 4 inches which is large by modern standards but hardly a giant compared to the prehistoric dragonfly Meganeura which grew to the size of seagulls during the Carboniferous period, 300 million years ago.

Despite the exaggeration, I have always been amazed by the agility of pinao in flight when I see them snatch insects in mid-air.  Earlier this month, while hiking along Opaeʻula Stream above Haleʻiwa in the Koʻolau Mountains, I came across a charming mountain pool fed by a trickling waterfall with hapuʻu ferns and ʻōhiʻa lehua trees at the foot of the pond.

Imagine my excitement when I saw a pinao fly upstream and hover over the pool! 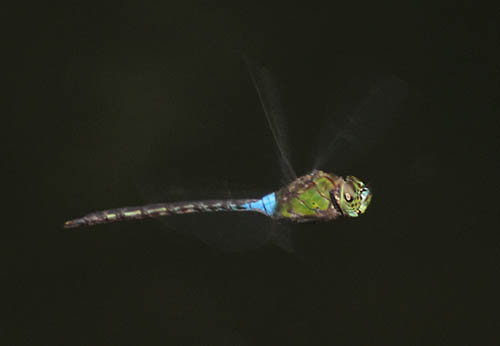 With adrenalin coursing through my veins I snapped scores of photos in the hope that some would be in focus. 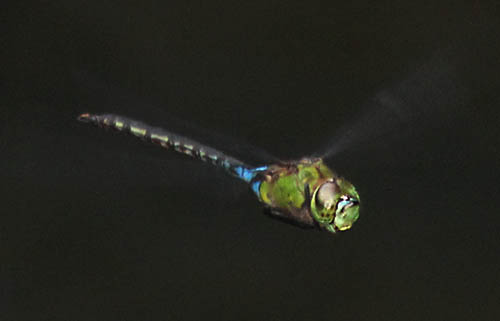 Pinao are in the family Aeshnidae and are one of only two dragonfly species endemic to the Hawaiian Islands.  Pinao are found at elevations above 2,000 feet and are fierce insect predators in the native landscape. 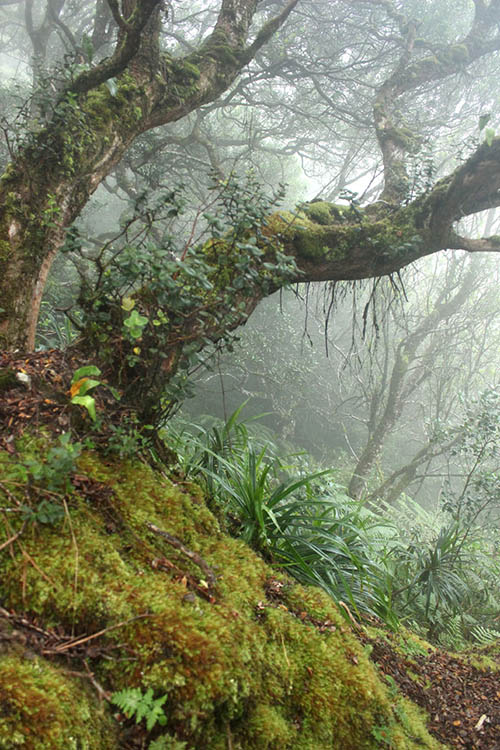 Two months earlier, while hiking on a rainy day in the mist, my hiking/bugging buddy Jay came across a once in a lifetime find! 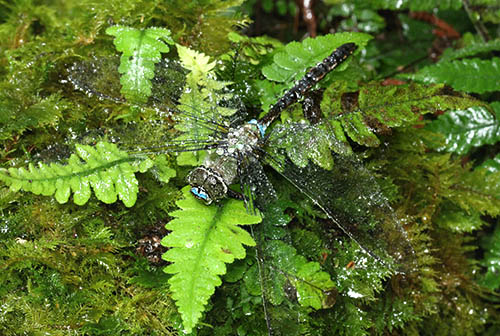 Jay stumbled upon a pinao covered with dew drops resting on some ferns!

The dew drops has settled from the mists and condensed on the pinao as tiny droplets of dew! 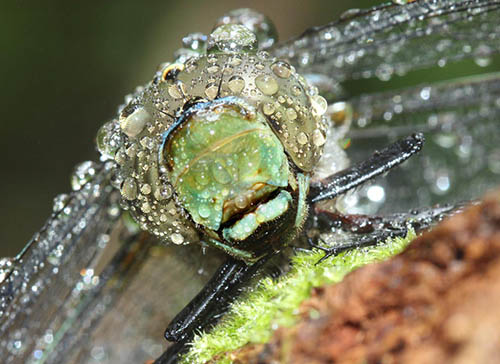 We marveled at the amazing sight!  The animal allowed us to get some really close shots before flying off into the mist.  How lucky did we get!?

Many thanks to Francis Joy — aka Jay — for making this awesome find.