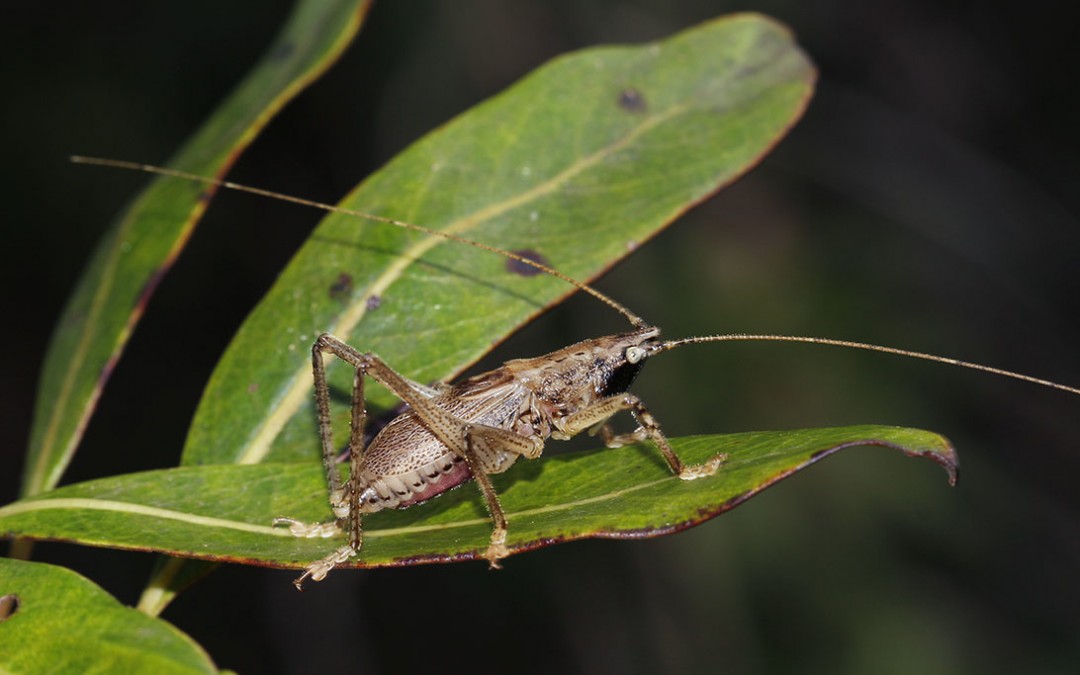 While hiking in the Waiʻanae Mountains we stumbled on an unusual katydid with a distinctive black face.

Cory Yap found the inch long insect which remained remarkably still as we snapped photos from all angles.  We were fortunate to have Sam Gon III with us who identified it as a Banza — a native flightless conehead katydid. 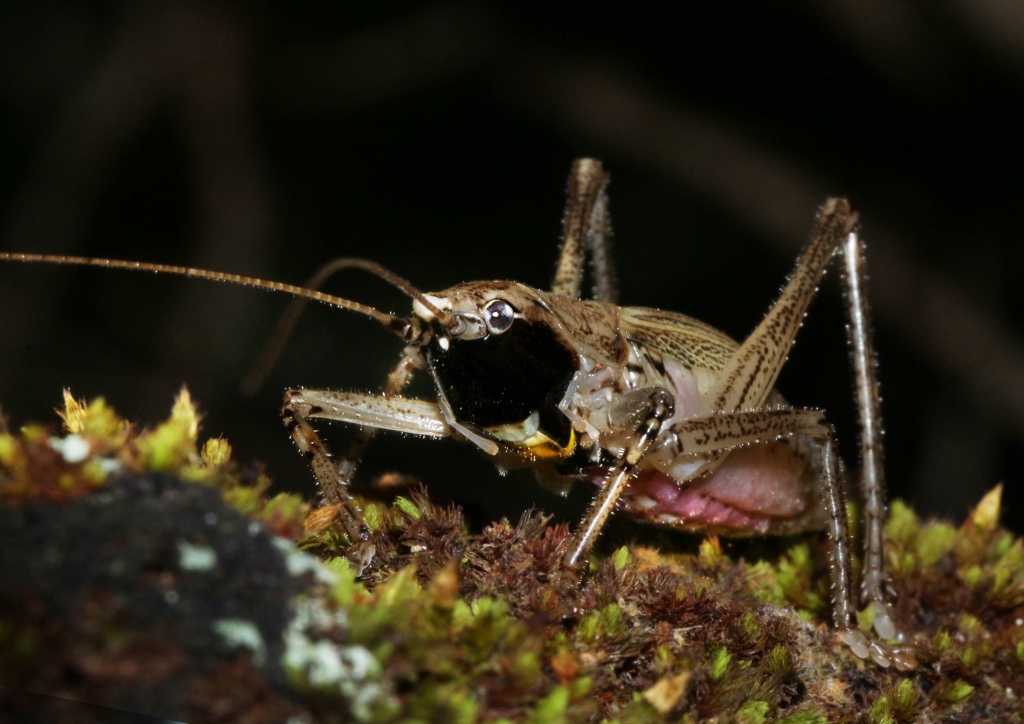 In addition to the cone shaped head and black face, the katydid has a distinctive pink underbelly and yellow mouth parts.  One of the cool things I noticed about this creature were its feet which had multiple joints and pads. 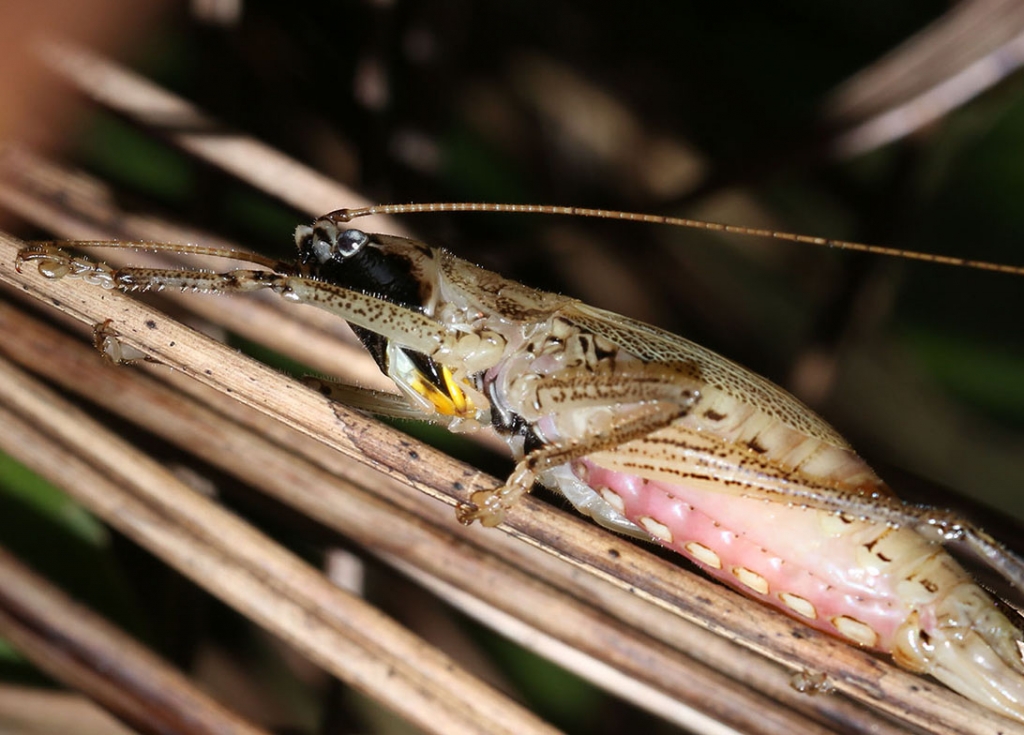 Sam recommended that we consult Hawaiian Insects and Their Kin by Howarth and Mull to learn the species.  When I got home I learned that this is Banza unica endemic to Oʻahu.  When I searched for Banza unica several fascinating articles popped up. 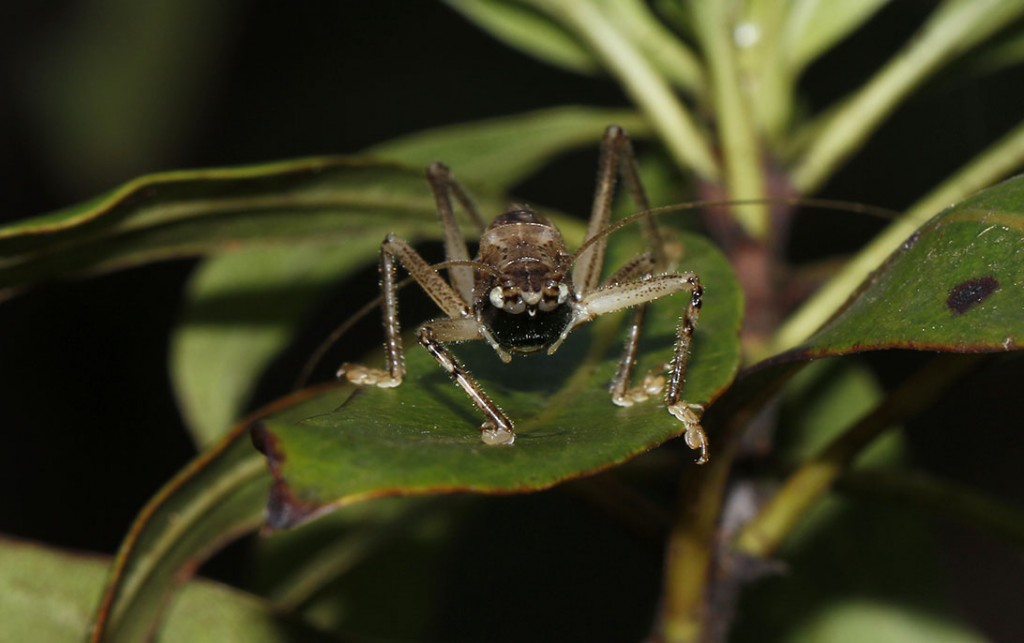 Banza katydids have been found on all the main Hawaiian Islands plus Nihoa.   There are ten species all of them native to the Hawaiian Islands.  Most are endemic to a single island with one to three species per island. 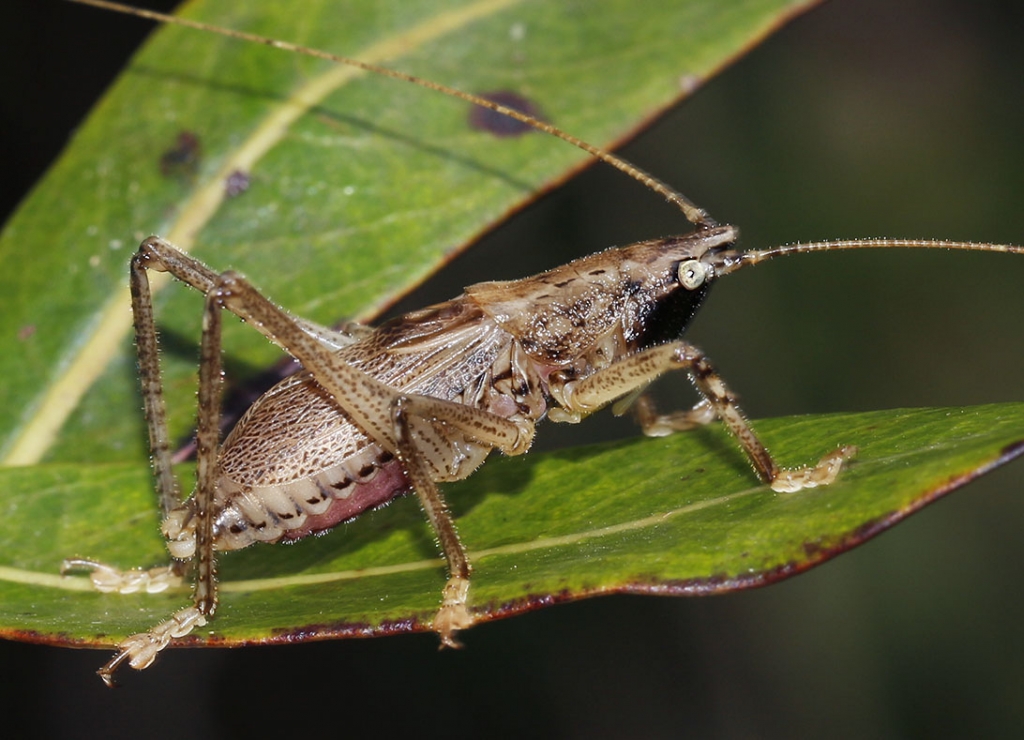 Banza katydids are believed to have originated from a common winged ancestor that found its way to the Hawaiian Islands.  Banza katydids have greatly reduced wings and are unable to fly.  We learned from Sam that brachyptery is the term for greatly shortened wings and that Banza is a genus of largely brachypterous species. What fascinating creatures!