Lobelia gaudichaudii in the Koʻolau Mountains 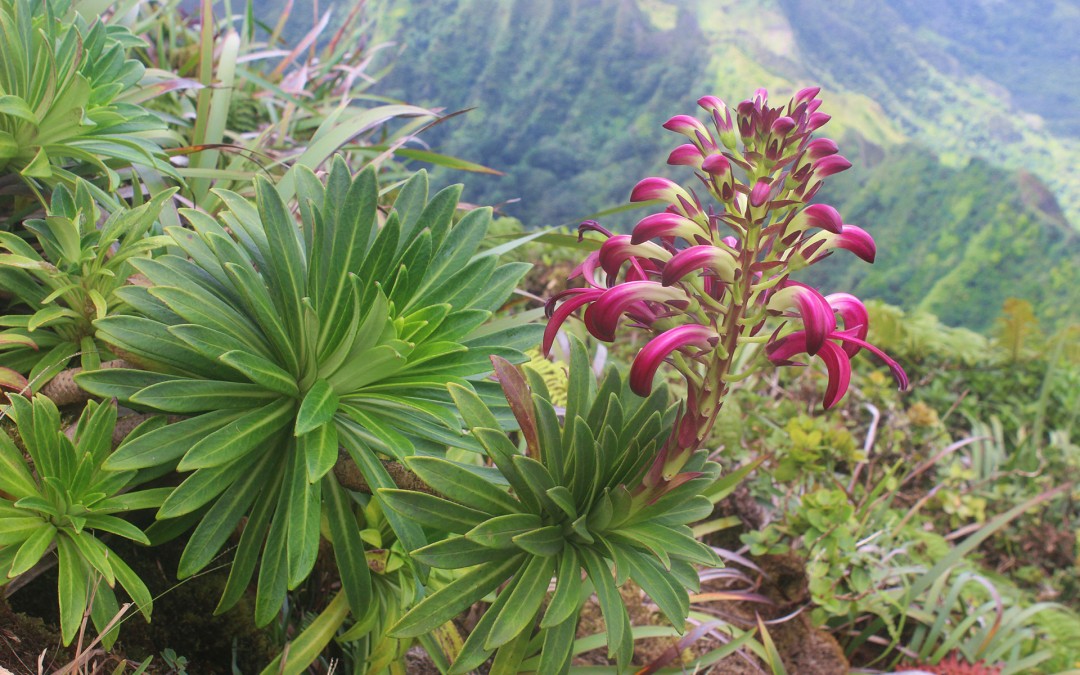 One of the amazing things to see in the Hawaiian biota are the spectacular flowers of Lobelia gaudichaudii.

Lobelia gaudichaudii is endemic to the Koʻolau Mountains of Oʻahu and is known as the Koʻolau Range Lobelia or Gaudichaud’s Lobelia.  The plant was discovered in 1819 during the voyage of the French ship “Uranie” by Captain Louis Claude Desaulses de Freycinet.  The botanist on the voyage was Charles Gaudichaud-Beaupre, who described many plants found on the voyage for the first time.  A number of plants are named for Gaudichaud and Freycinet. 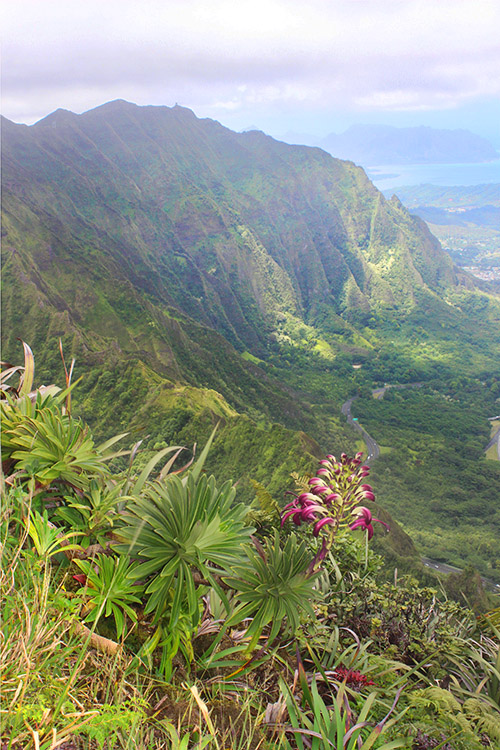 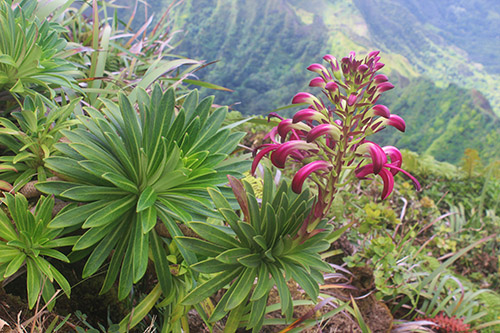 Scientists believe that a lobelia-like species arrived about 13 million years ago — when Gardner Pinnacles and French Frigate Shoals, now small rocky islands in the Northwest Hawaiian islands, were high mountainous islands long before the current main islands existed — and evolved into the forms we see today. 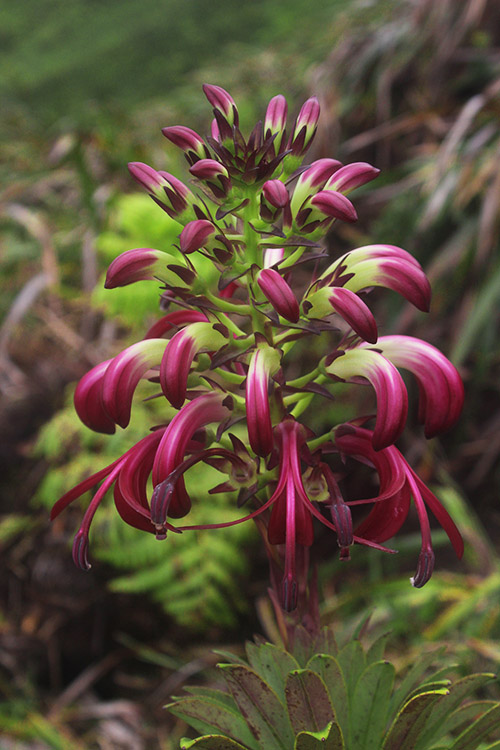 Lobelia gaudichaudii produces distinctive wine-magenta colored flowers about 3 inches long with irregularly shaped petals.  These flowers were a favorite of famous botanist Joseph Rock who wrote the Monograph on the Hawaiian Lobeliad Group in 1919. It was his opinion that the flowers of Lobelia gloria-montis (endemic to Maui), Lobelia gaudichaudii (endemic to Oʻahu), and Lobelia kauaensis (endemic to Kauaʻi), were the most beautiful in the group.  I hope to see the flowers of these 2 other species one day. 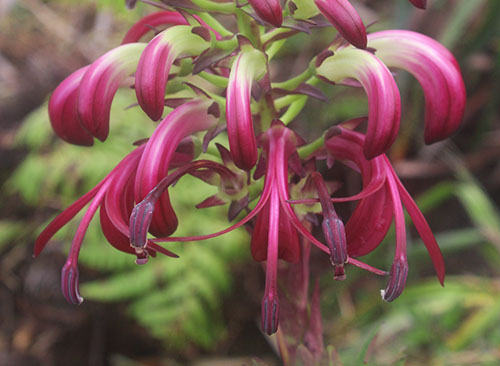 Sadly, the specific Hawaiian names for the vast majority of plants in the group have been lost.  A small minority of names like “pu’e” for Lobelia kauaensis,  “panaunau” for Lobelia yuccoides, and “kuhi’aikamo’owahie” for Lobelia hypoleuca, are known today but the Hawaiians who knew the names of the other species died before the names could be recorded by Western botanists. Lobelia Gaudichaudii does not have a specific Hawaiian name.  The generic name for plants in the Hawaiian lobeliad group are hāhā, ōhā, and ʻōhā wai. 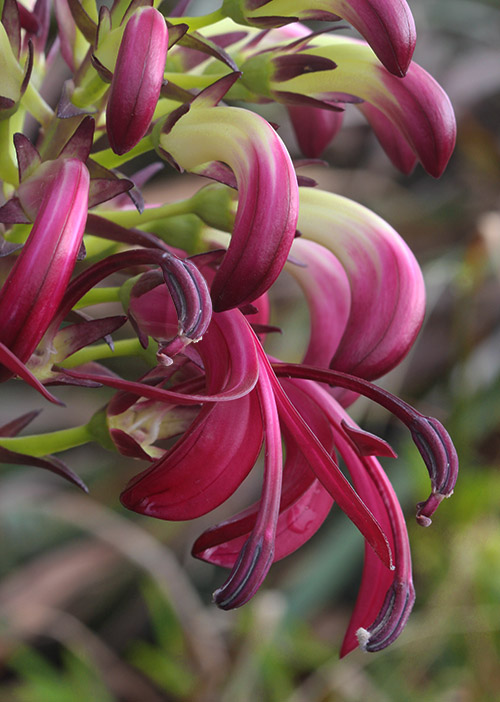 Many of the nectar feeding native forest birds like ʻiʻiwi have curved bills that can reach the nectar at the bottom of the flowers and are believed to have co-evolved with the plants.  When the flowers first open, the male part of the flower — white brushes containing pollen — emerges first.  As the flowers mature, the female part emerges later which must be pollinated in order for seeds to develop. 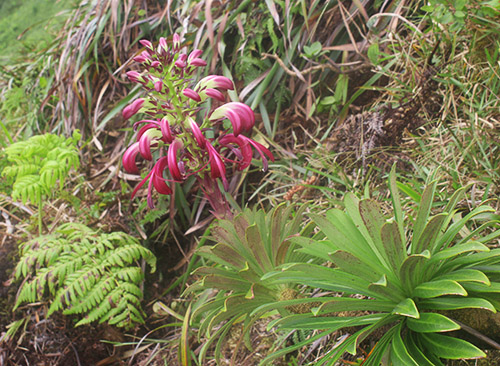