Koliʻi in the Koʻolau Mountains 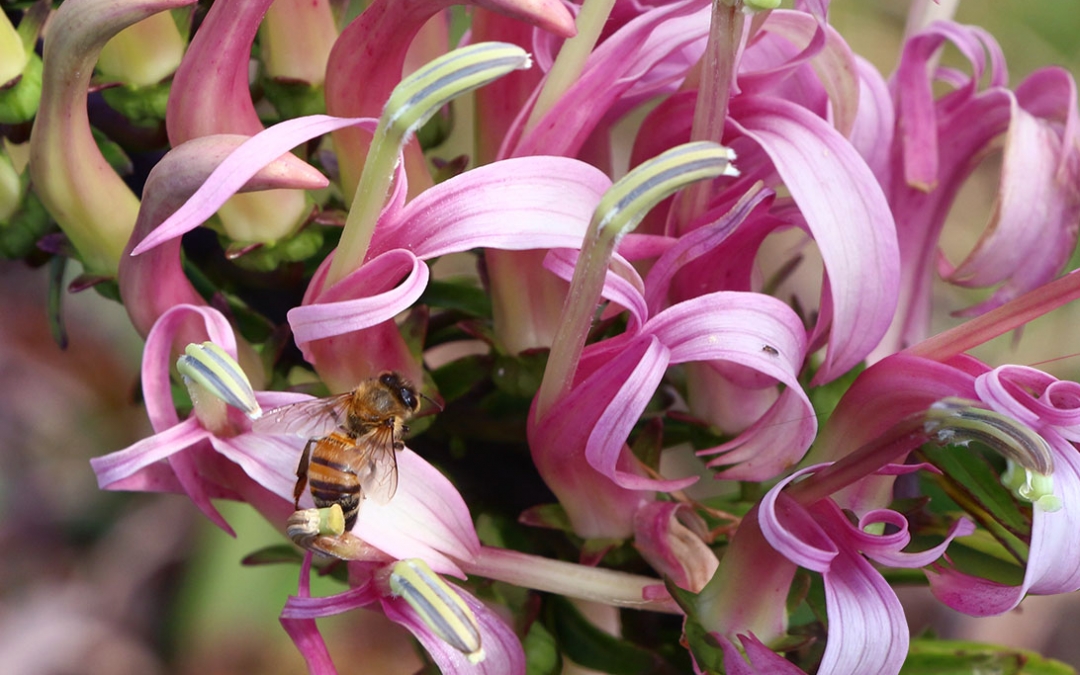 One of spectacular flowers found in the Northern Koʻolau Mountains of Oʻahu is Koliʻi — Tremtolobelia macrostachys — which often grows as an epiphyte on other plants in the native landscape. 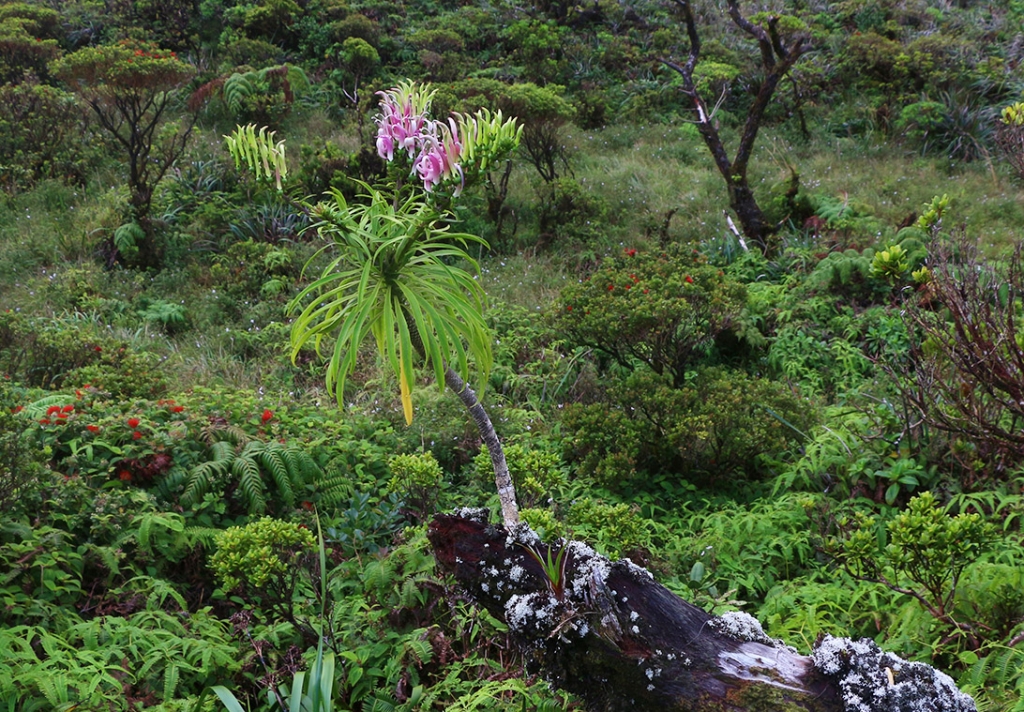 According to Joseph Rock, who wrote the monograph on the Hawaiian Lobeliad Group in 1919, the Hawaiian name koliʻi applies to Tremtolobelia kauaiensis which is not this plant.  But in modern times the name has been extended to other Trematolobelia species as well. 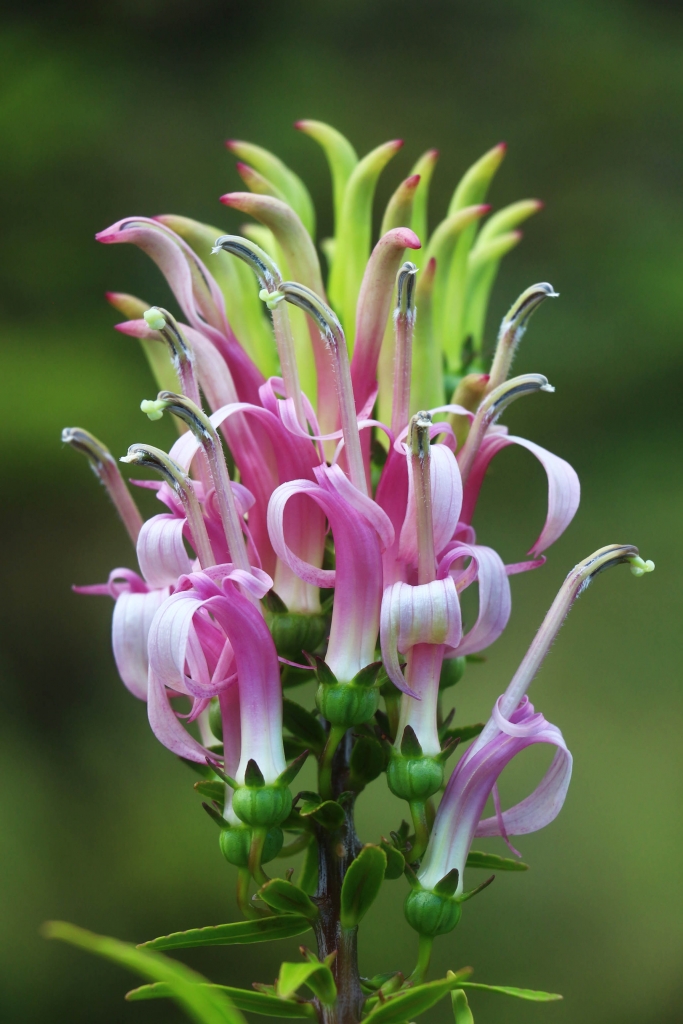 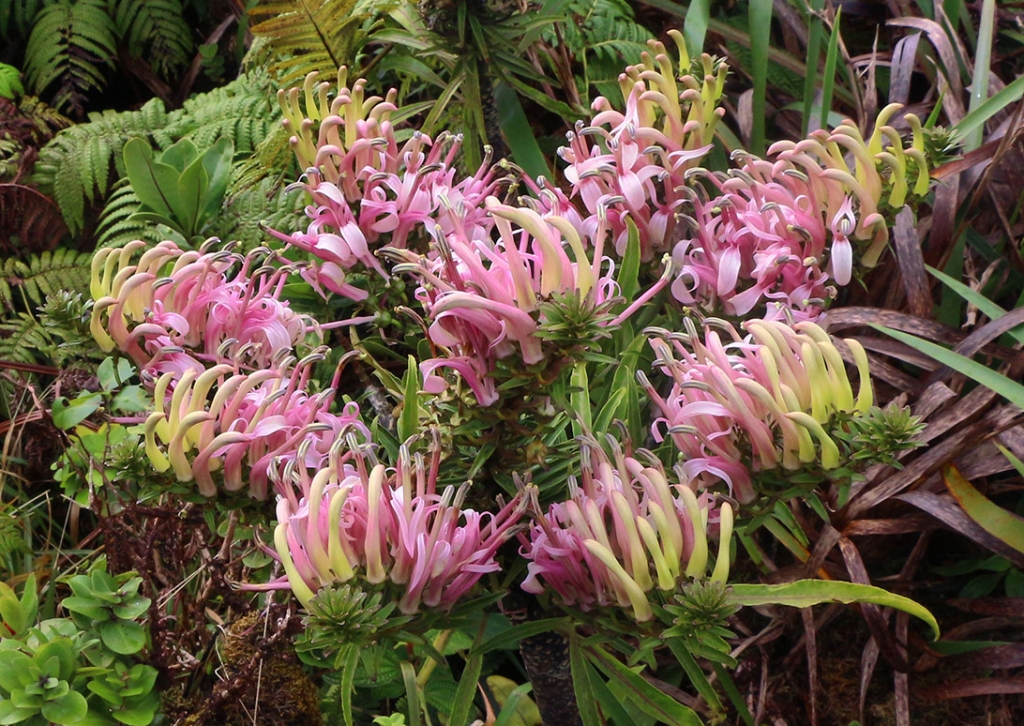 Tremtolobelia macrostachys is amazing for the sheer number of flowers it produces when it blooms which is usually around November to January.  The plant produces multiple spays of pink flowers on candelabra-like stalks.  This koliʻi often has 4-5 flower stalks but large plants can have 16 or more sprays of flowers at a time.  The flowers have irregularly shaped petals that often curl backwards and a stamenal column that tilts forward. 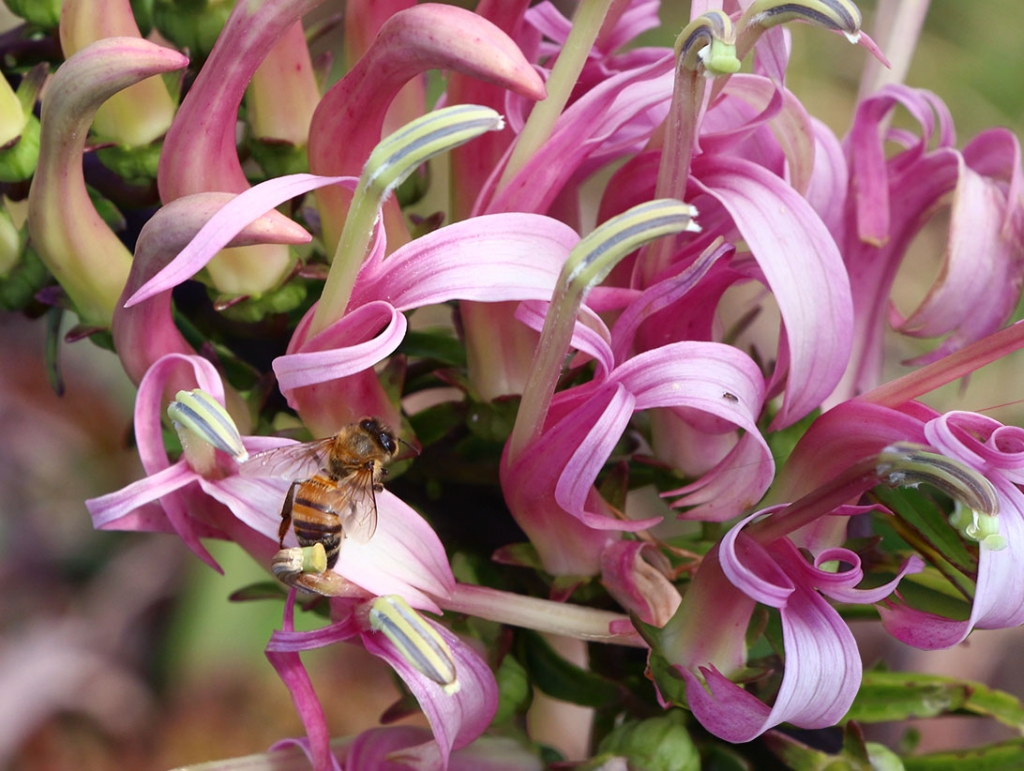 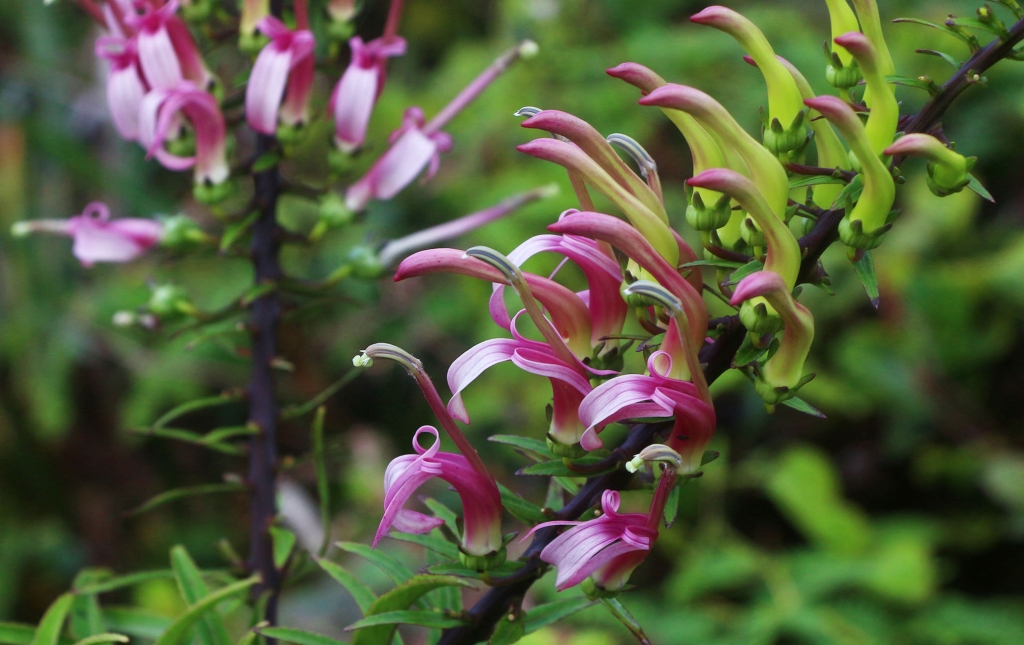 There is a closely related koliʻi sub-species in the Waiʻanae Mountains — Tremtolobelia kaalae — which looks very similar but blooms at a different time of year — around April to June — and has other subtle differences — its flowers are often a deeper shade of magenta. 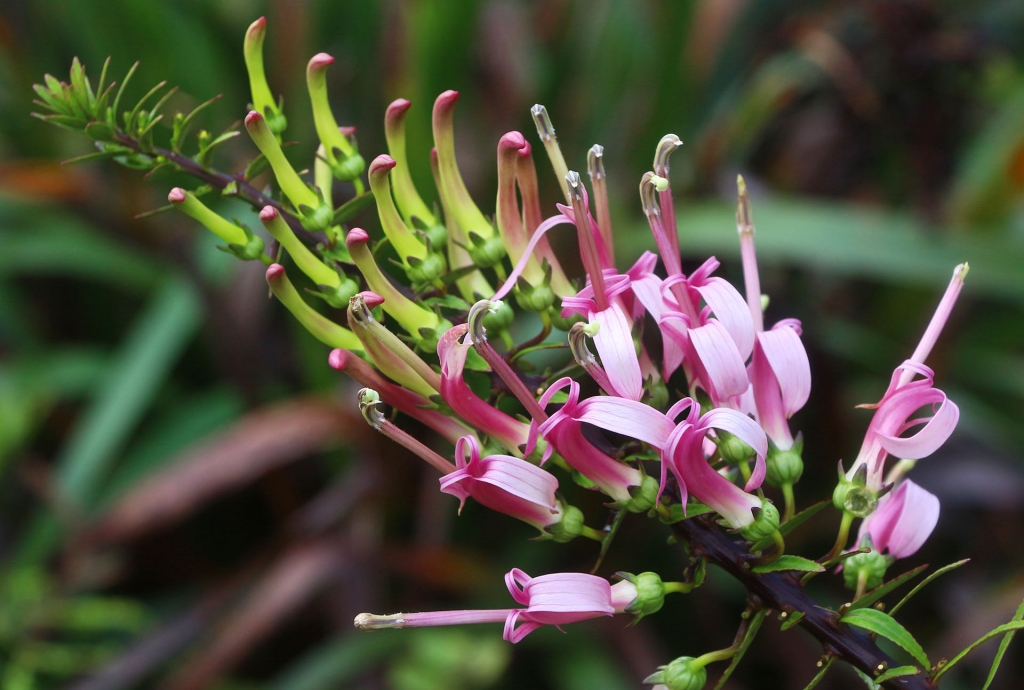 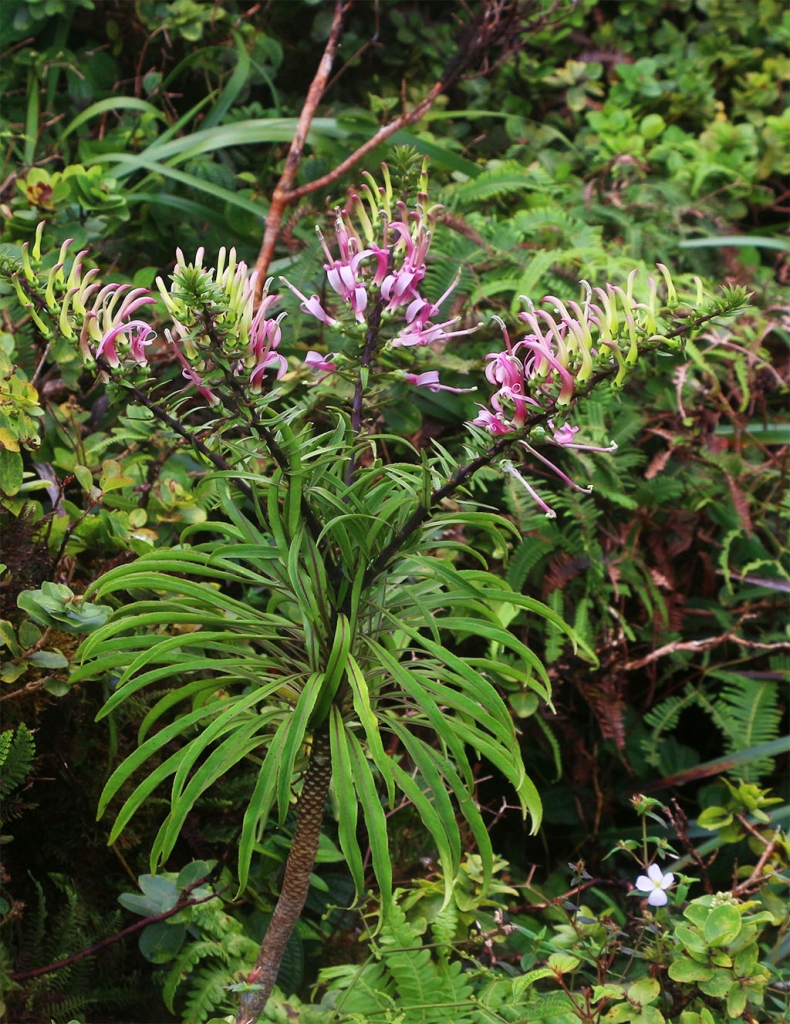 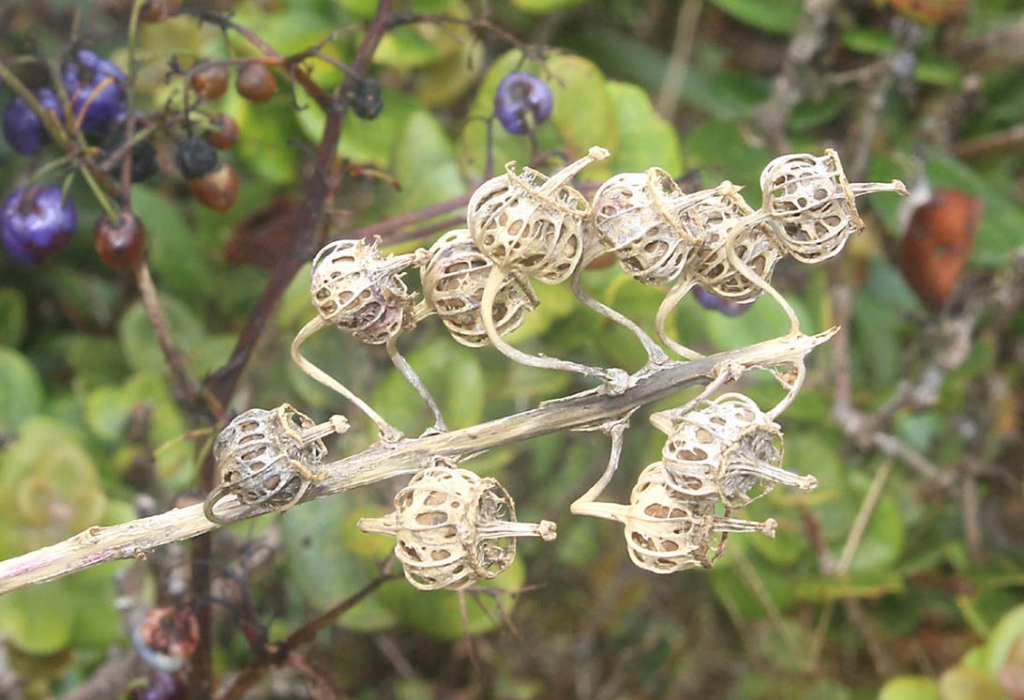 Trematolobelia are very similar to lobelia, but differs in one important aspect — seed dispersal.  After the flowers are pollinated the seeds develop within the green bulbous calyx at the bottom of the flowers.  When the calyx dries out holes appear in the capular walls and allow the seeds to fall out when shaken by the wind.