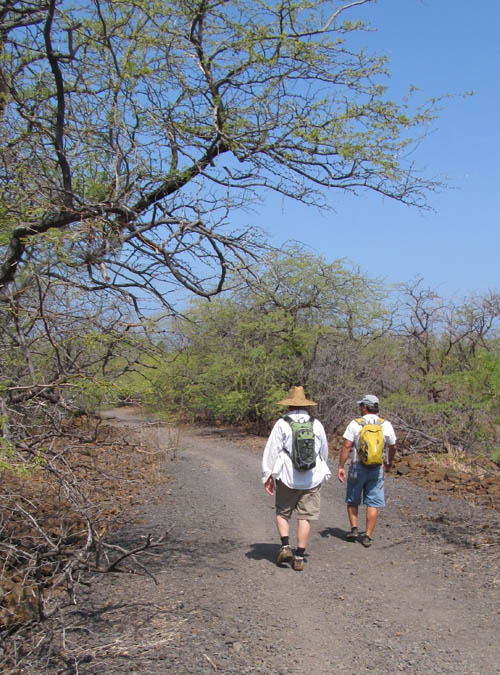 On my third day on the Big Island, we took a long drive to the Kona-Kohala Coast to see honu or Hawaiian green sea turtles at Kīholo Bay.

Kīholo Bay spans several miles of coast between North Kona and South Kohala. Most of the bay is surrounded by private property but there two public access routes.  People can hike for about a mile-and-a-half from Queen Kaʻahumanu Highway (Highway 19) from either mile marker 81 or midway between mile markers 82 and 83. 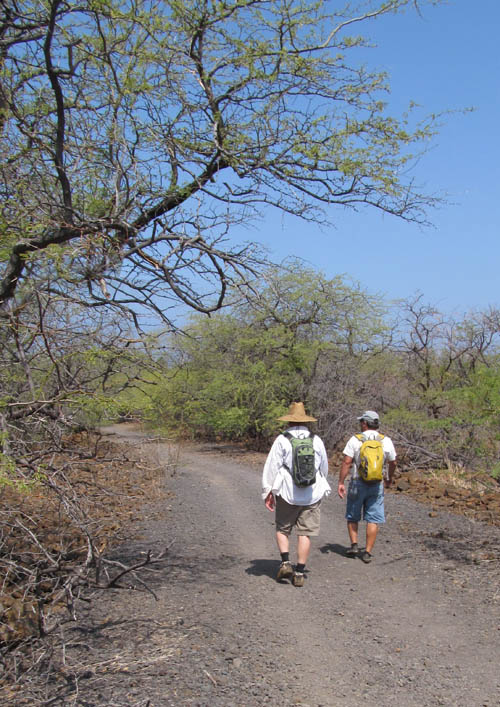 Pete and Bill were my hiking buddies for the day and we pushed-off from mile marker 81 down a series of dirt roads.  It was a beautiful morning with vog and clouds covering the mauka parts of the island.  We were pleased to be heading makai where the sun was shining. 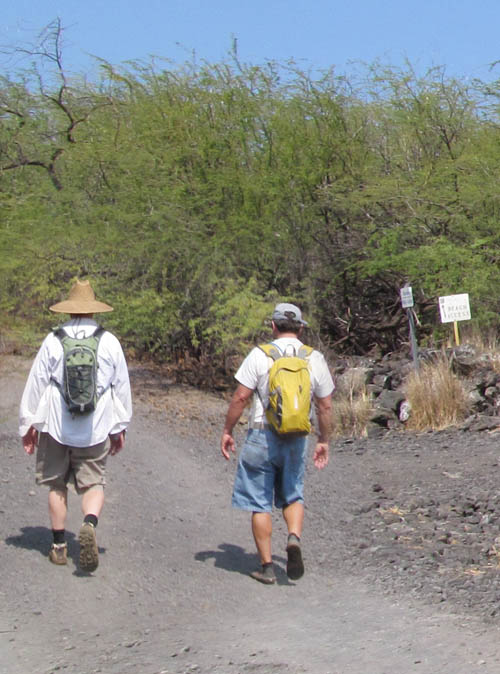 When we reached the public access, we veered-off to make our way through kiawe trees. 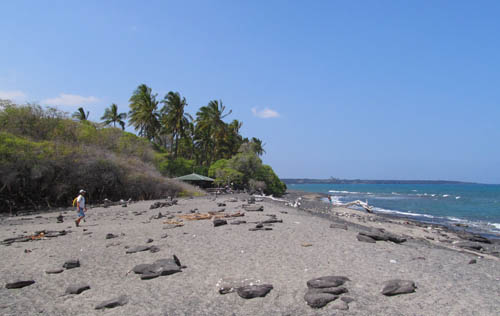 We emerged on a gray sand beach — mix of white and black sand — close to the “Bali House” which has architectural details in the Balinese style.

The large expanse of Kilolo Bay is impressive and extends for miles in either direction. Our plan was to see the honu at Wainanaliʻi lagoon so we turned to the right and made our way down the coast. 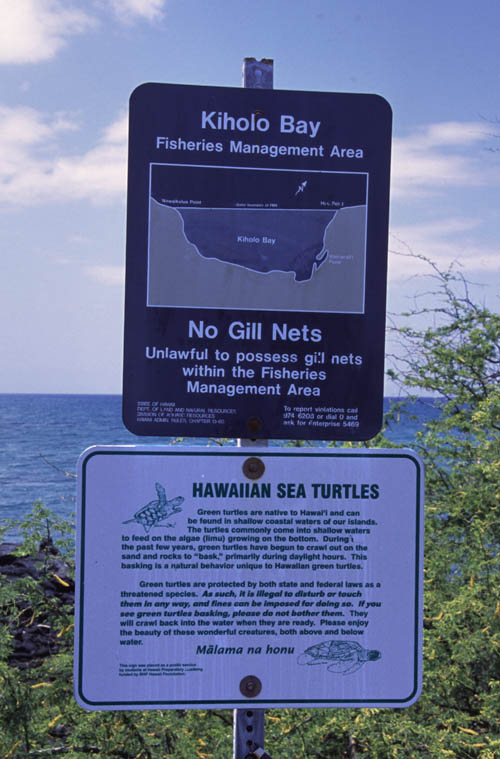 Wainanaliʻi is just a small part of much larger Kīholo Bay and are where Hawaiian green sea turtles congregate. 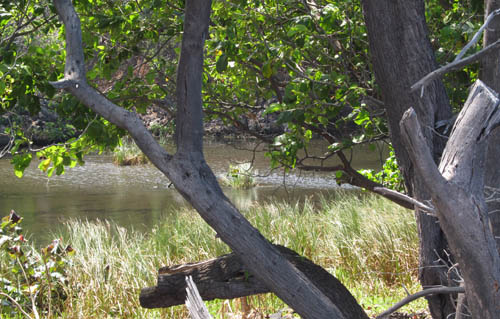 While making our way over to Wainanaliʻi we passed freshwater ponds part of the Paul Mitchell Estate that was recently donated to The Nature Conservnacy.  The spring-fed pools — once used as fishponds — are now habitat for native species such as hapawai (mollusk), ʻopae (shrimp), and oʻopu (gobies). The freshwater ponds around its edge and springs in the bay reduce the salinity of the water. 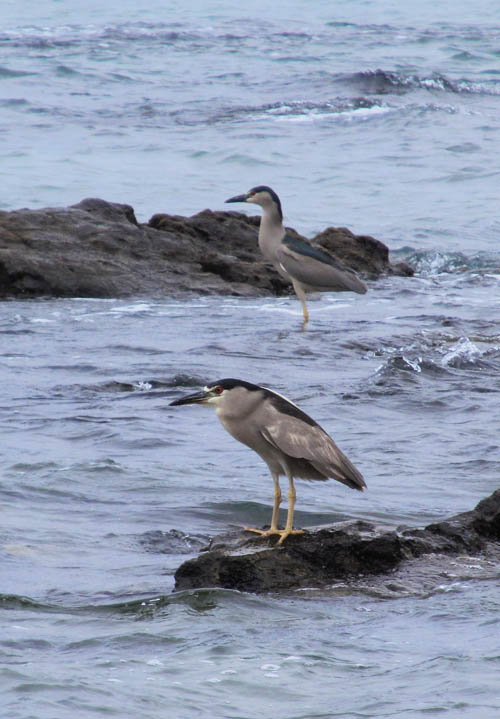 We saw a couple of ʻaukuʻu or black crowned night herons (Nycticorax nycticorax hoactli)  in the ocean standing on rocks looking for prey. 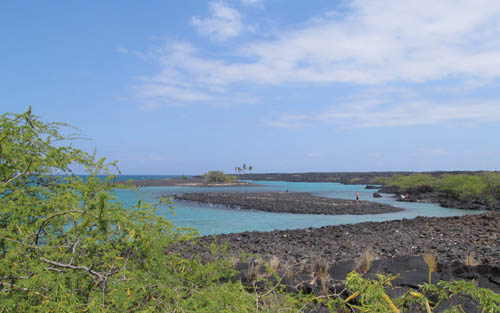 Wainanaliʻi was also once a fishpond.  When a lava flow threatened to destroy the fishponds at Kīholo Bay, King Kamehameha appealed to the fire goddess Pele by throwing a lock of his hair into the molten lava and the flow miraculously stopped.  But decades later in 1859, when Kamehameha was no longer living, Mauna Loa erupted and covered a good deal of the fishponds with lava. 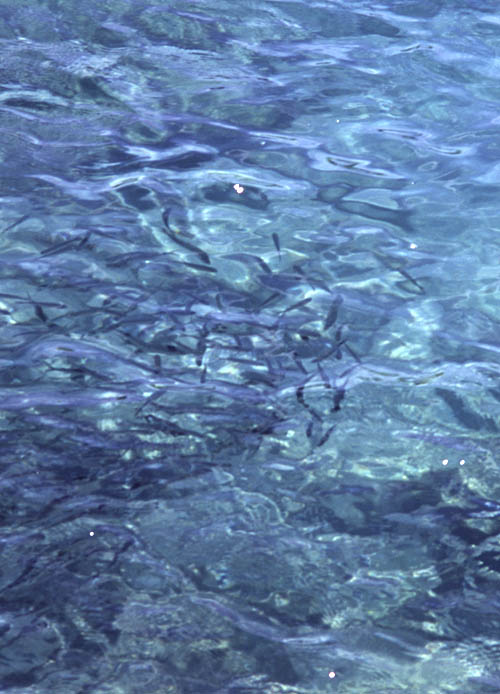 When we got close to edge we could see schools of aholehole swimming on the surface.

Wainanaliʻi is formed by a long peninsula and small island that block the lagoon off from the ocean.  In the time of Kamehemeha, the stone walls were said to be 6 feet high, two miles in circumference, and the water was deep enough to raise ahi (yellowfin tuna) and aku (skipjack tuna). 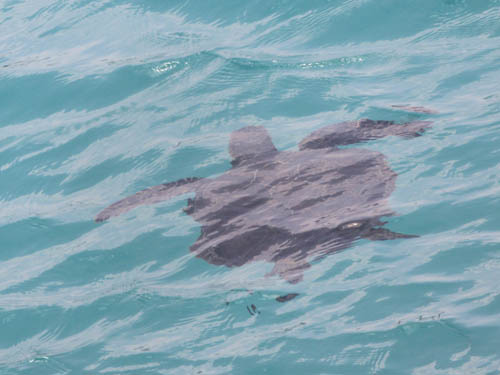 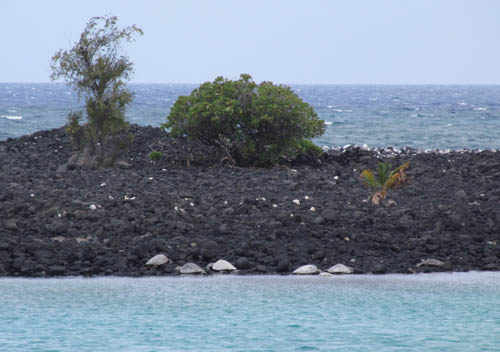 Green sea turtles are listed as endangered by the International Union for the Conservation of Nature, and in 1978, the Hawaiian population of the green turtle was listed as threatened under the U.S. Endangered Species Act of 1973. 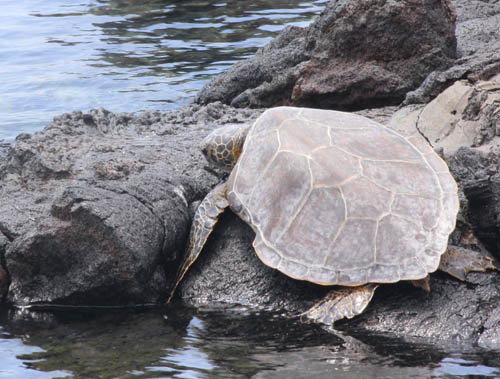 Green sea turtles  (chelonia mydas) live throughout tropical and subtropical oceans worldwide. There are two major subpopulations, the Atlantic and Pacific subpopulations. Each population is genetically distinct, and have different nesting sites. 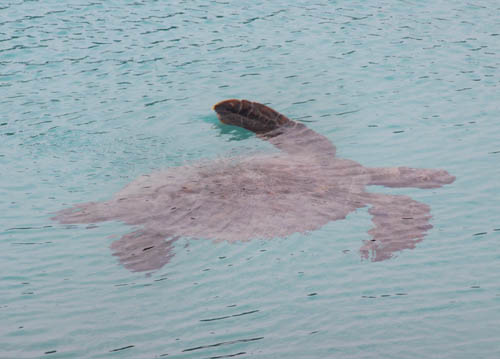 Sea turtles spend most of their lives submerged underwater, but must come to the surface to breathe air.

We saw a number of honu while hiking around the edge of Wainanalii.  See how many turtlles you can spot in this panoramic shot. 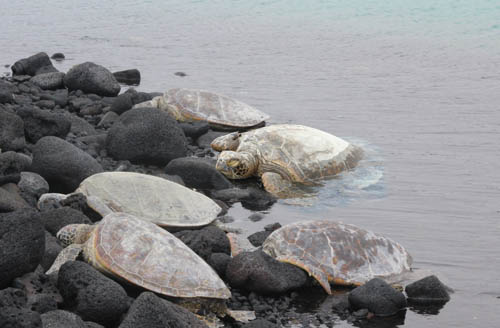 The turtles were drawn to this one particular spot on the spit of land the separates Wainanaliʻi from the ocean.  I have been here several times over the years and they are always at this spot. 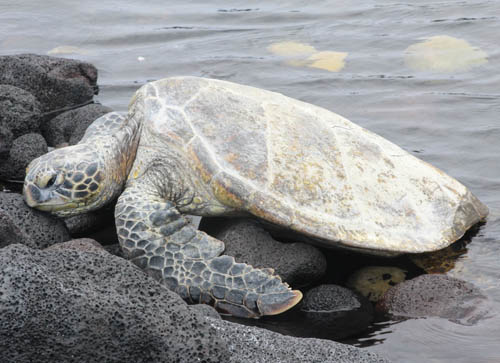 Hawaiian sea turtles are known to swim in deep water for long distances — often between islands.  So when they crawl out out of the water to bask in the sun, they need to rest and recover. 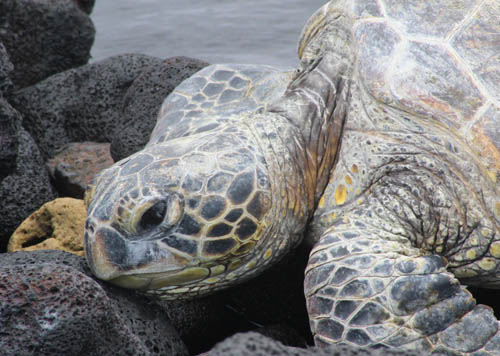 The honu were calm and not the least bit alarmed when I approached to take this close-up shot.

Time past quickly as we hiked around the circumference of Wainanaliʻi to see the turtles and soon it was time to leave.  As we hiked back out the way we had come to the highway, I reflected on the beauty of Kiholo Bay and the magnificent wildlife that make it their home.  What a great place to visit!