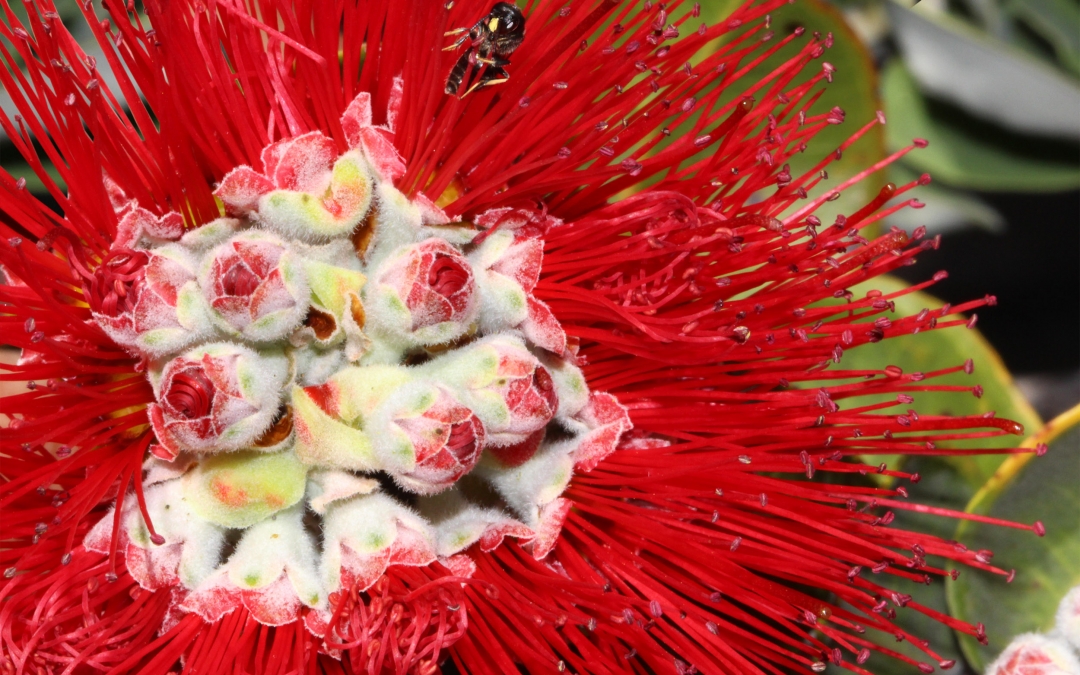 I was thrilled to stumble on Hawaiian yellow-faced bees — nalo meli maoli — on lehua flowers on Hawaiʻi Island.  The native bees are small — less than a quarter inch long — and look more like black-brown wasps that have a yellow face. 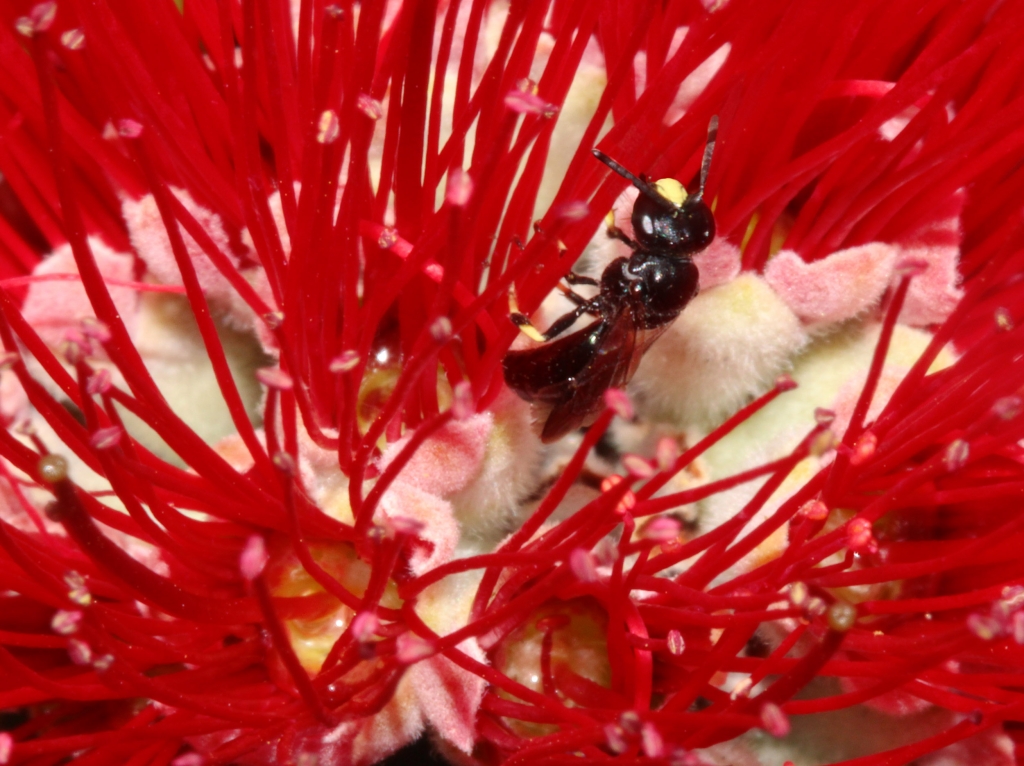 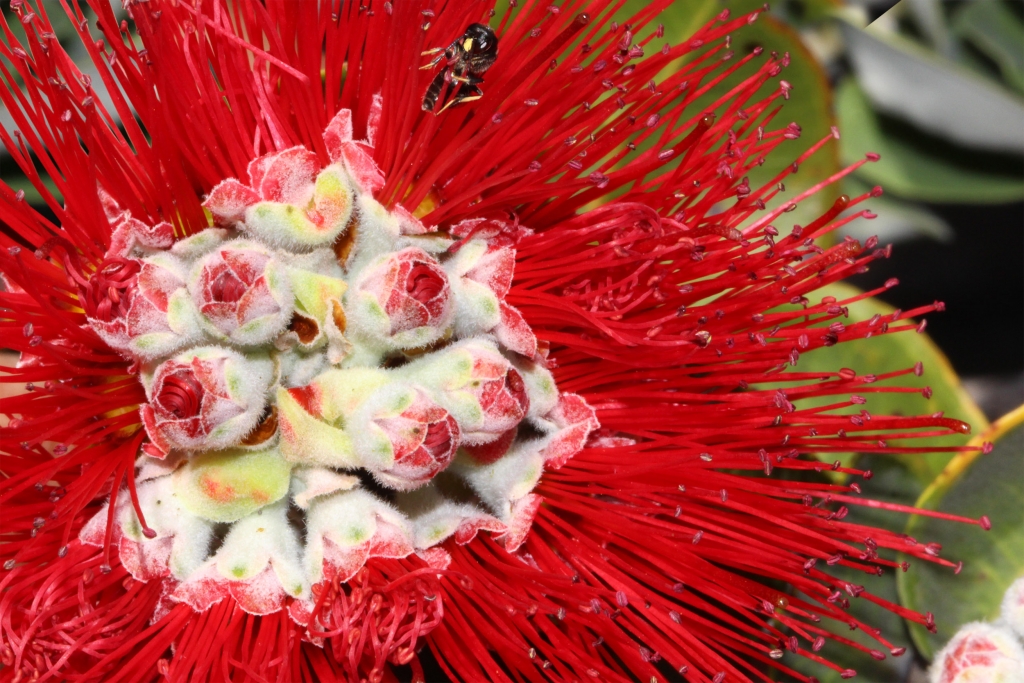 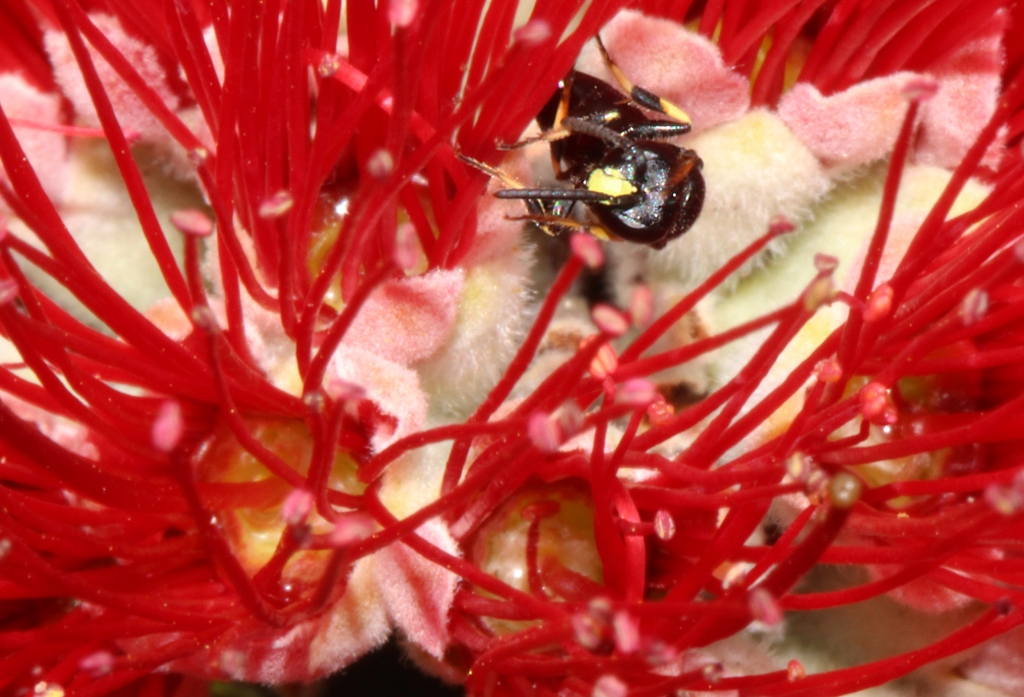 Of the 63 species, 7 have been listed as endangered:  Hylaeus anthracinus, H. longiceps, H. assimulans, H. facilis, H. hilaris, H. kuakea, and H. mana.  Hawaiian yellow-faced bees can be found in a variety of habitats including coasts, dry forests and shrublands, mesic and wet forests, and subalpine shrublands. All Hawaiian yellow-faced bees depend on an intact community of native plants and are mostly absent from habitats dominated by non-native plant species. These bees require a habitat with a diversity of plants that flower throughout the year so that a consistent source of pollen and nectar is available. Many species nest in the ground, but some nest in hollow stems of plants; the availability of nest sites is another important habitat requirement for these animals. 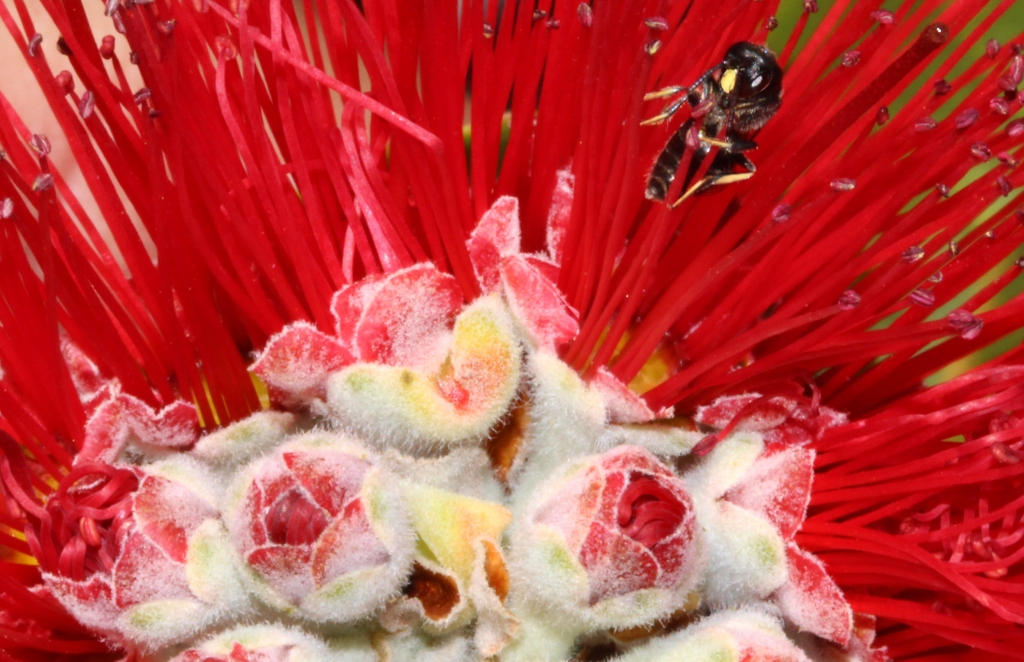 Hawaiian yellow-faced bees are threatened by development (especially in coastal areas), fire, feral ungulates such as pigs, invasive ants, and the loss of native vegetation to invasive plant species. Because remnant populations of many species of Hawaiian yellow-faced bees are small and isolated, they are especially vulnerable to habitat loss, predation, stochastic events, and other changes to their habitat. Conservation of these important pollinators will require the active management of natural areas where populations are known to exist.
—

The Xerces Society — For Invertebrate Conservation