We were thrilled when Ryan Chang spotted a really cool brown, white, and orange moth — the native Hawaiian Sphinx Moth. 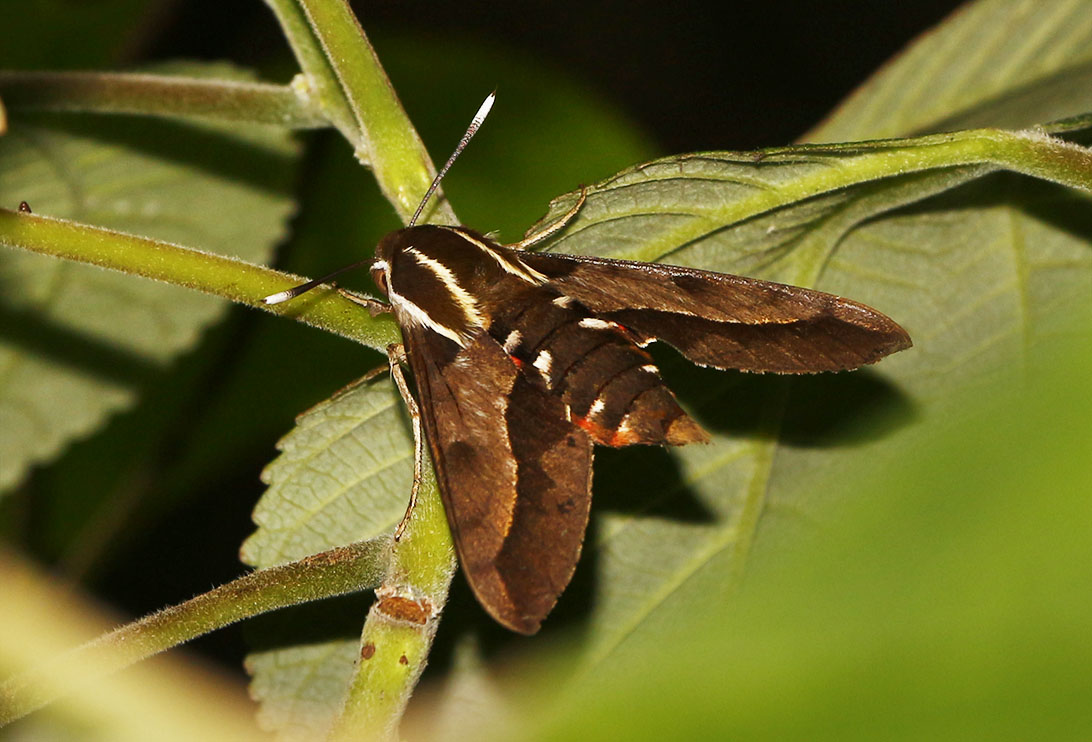 Adult moths are about an inch and half long and have thick hairy abdomens that are pointed and segmented.  They also have short antenna that thicken at the tip.  Much of the orange color is on the abdomen and on its hindwings. 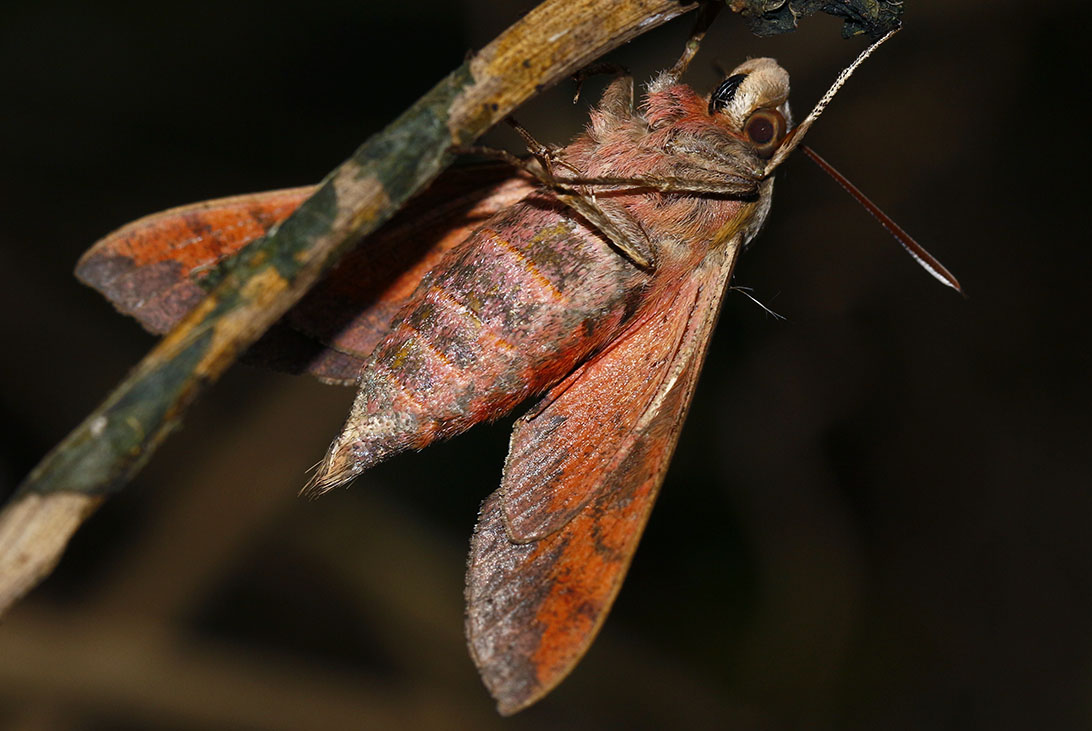 Sphinx moths, also known as hawkmoths, are fast fliers whose wings beat so rapidly the moths hover in mid-air and dart about quickly.  When the moths hover to sip nectar from flowers they are some times mistaken for hmmingbirds.  The hindwings of the sphinx moth are much smaller and more colorful than its forewings, and are often tucked away hidden from sight. 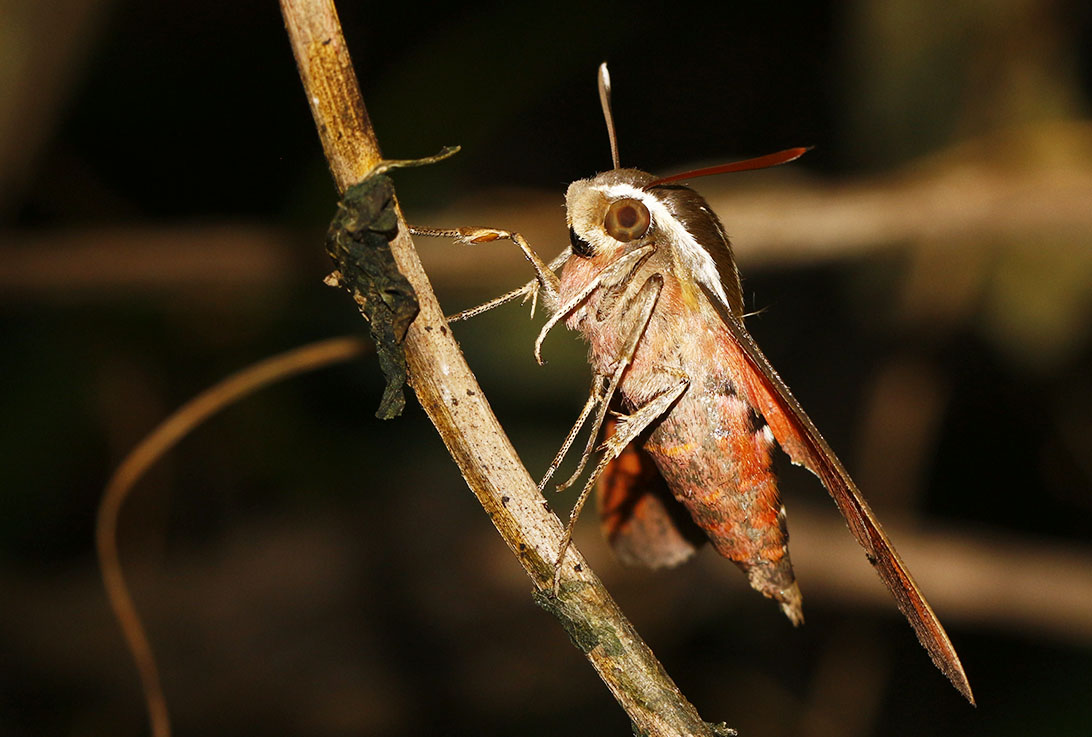 The moth has large eyes to increase the amount of light it can capture and enables it to be active at night.  It also has a curled up proboscis that is inserted into flowers to sip nectar.  Adults feed on a wide range of flowers from Lantana, to Verbena, to Metrosideros. 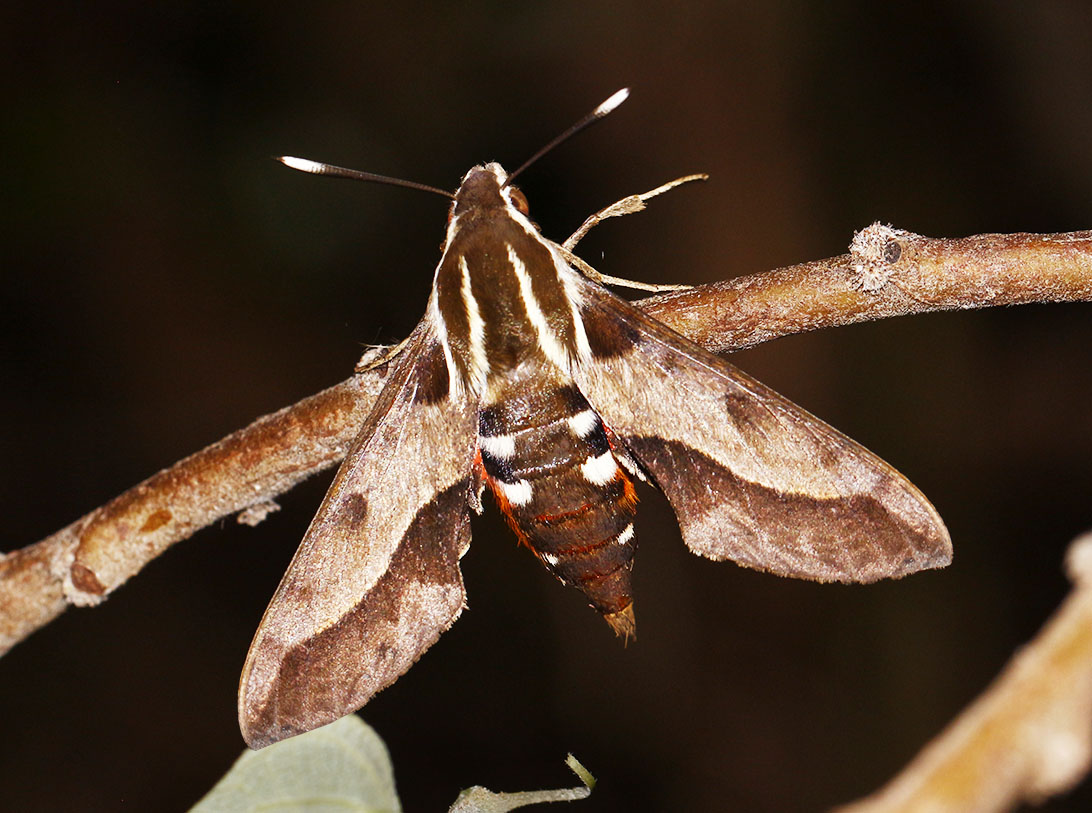 The moth was discovered in 1881 by Arthur Gardiner Butler, and English entomologist, arachnologist and ornithologist.  Now that we ‘ve seen our first native sphingid moth, we have to see the others!