Cyclosa Spiders in the Waiʻanae Mountains 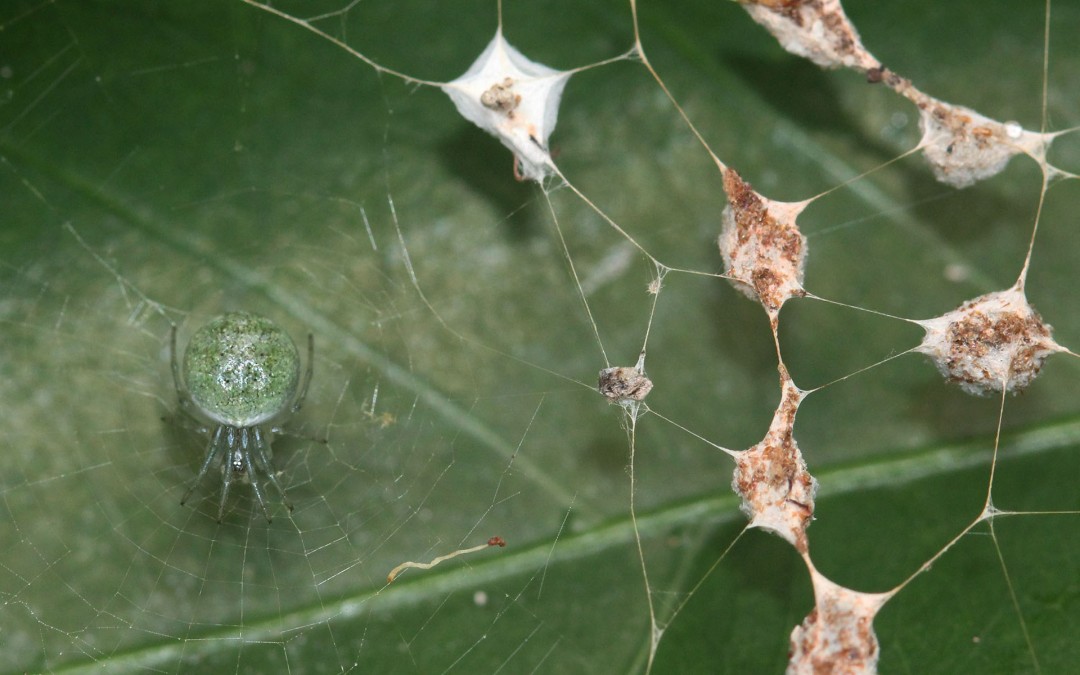 I stumbled on a cute little round spider in the mesic forests of the Waiʻanae Mountains.

While hiking though the Waiʻanae Kai Forest Reserve, an unusual spider web less than an inch across caught my attention.  The web was on the topside of an ʻalaʻa leaf — Pouteria sandwicensis — and contained the remains of prey wrapped in silk.  The mid-rib made the leaf concave and created a space between the leaf edges for the spider to build its web. 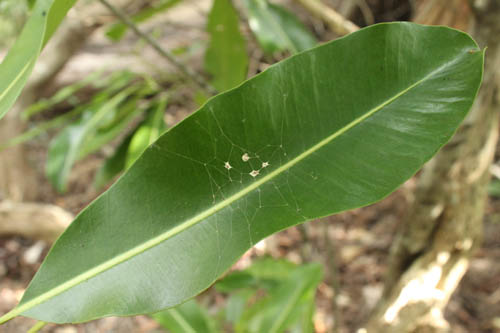 When I looked in the immediate area I saw two similar webs in the concave space of leaves, and then I saw it!  THE SPIDER! 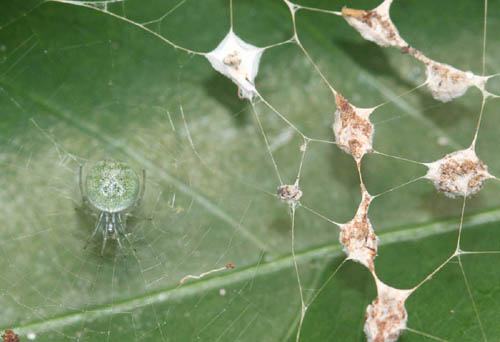 The spider was small — the spherical abdomen was less than a quarter inch in diameter. 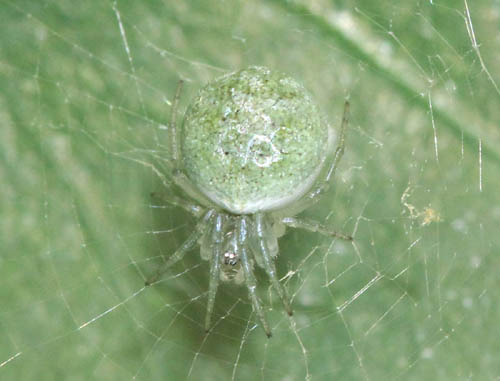 The spider was a master web builder who worked in miniature.  This orb-web is an inch and a half in diameter. 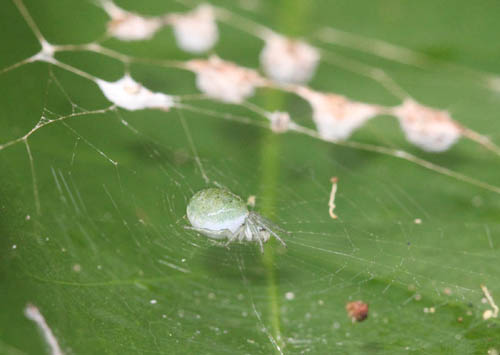 The spider was skilled at catching prey evidenced by multiple prey wrapped in silk.  The legs of the spiders were folded beneath it — making it difficult to tell their true length. 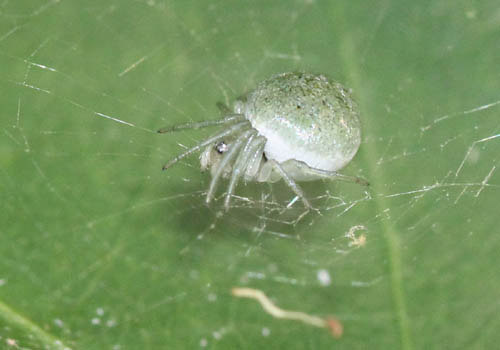 When I posted photos of this spider to the Hawaiian Entomological Society Page on Facebook, I learned from Sam Gon III that he’s seen this spider twice before and that it might be an endemic member of the large genus Cyclosa. 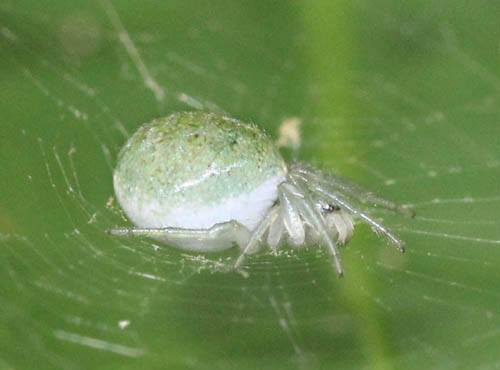 The State of Hawaii says there at least 132 spiders endemic to the Hawaiian Islands.  It is believed that a number of endemic species have yet to be described.  Let me know if you know something about this cool little green spider.
.

A Guide to Singapore Spiders by Joseph K H Koh