Cyanea truncata in the Koʻolau Mountains 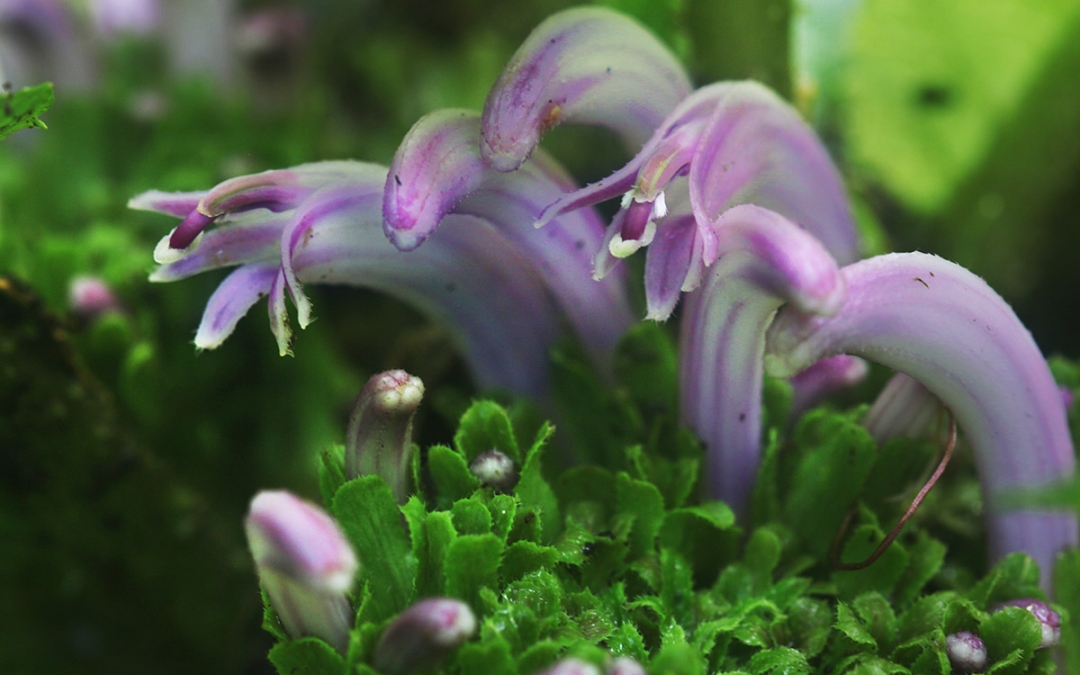 Among the rarest plants in the Hawaiian Islands is Cyanea truncata — Haha — which can be found in the Koʻolau Mountains of Oʻahu. 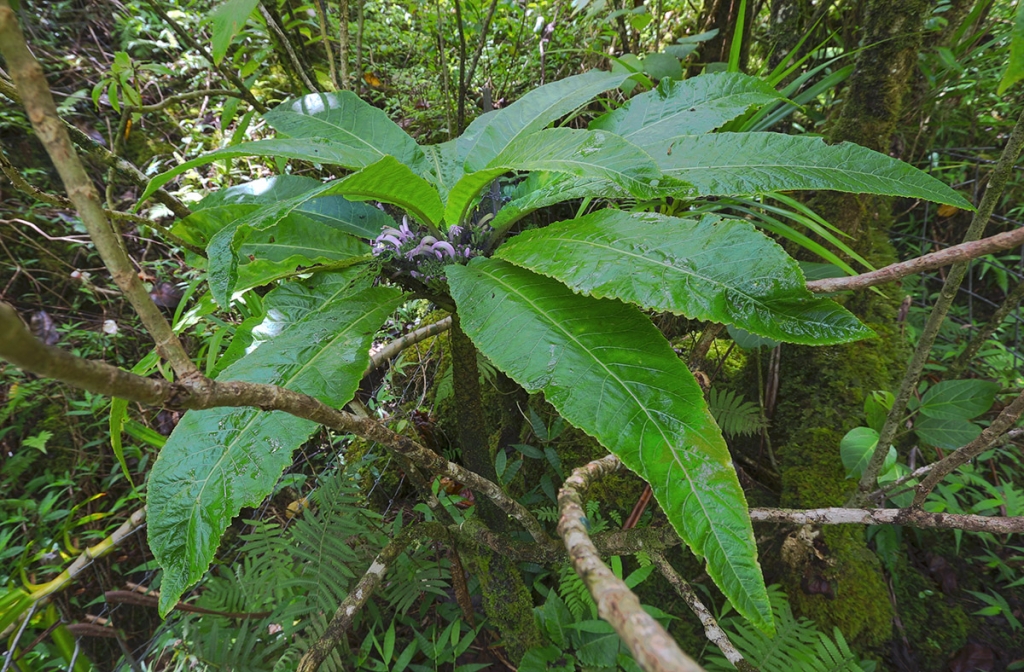 Cyanea truncata grows 3-4 feet high and is found in dense native forests.  The plant produces large broad leaves up to 18 inches long.  Cyanea truncata was first discovered on Oʻahu in 1911 by famous botanist Joseph F. Rock who wrote the monograph on the Hawaiian Lobeliad Group in 1919.  The Hawaiian Lobeliad Group includes 6 genera and 126 different species most of which are geographically localized to a single island or to adjacent islands.   Cyanea truncata was later found on Molokai — it is endemic to Oʻahu and Molokai — but has since gone extinct on Molokai.  The plant is presently found only on Oʻahu. 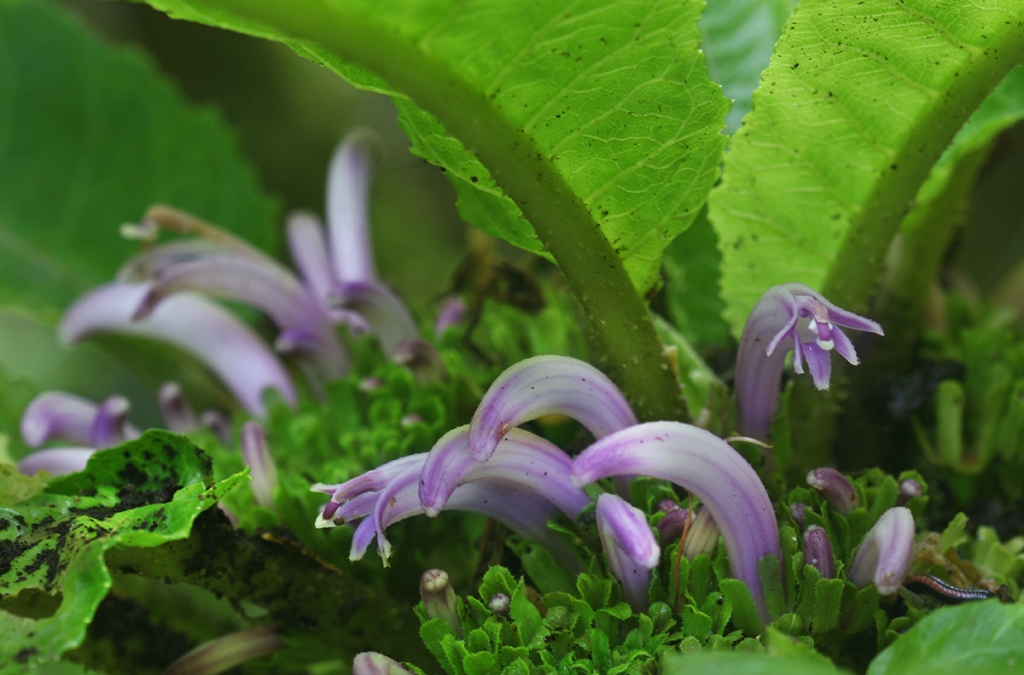 Cute light pink-purple flowers grow upright from a leafy peduncle tucked within the base of the leaves. The flowers are about 1-1/2 inches in length and curve forwards. 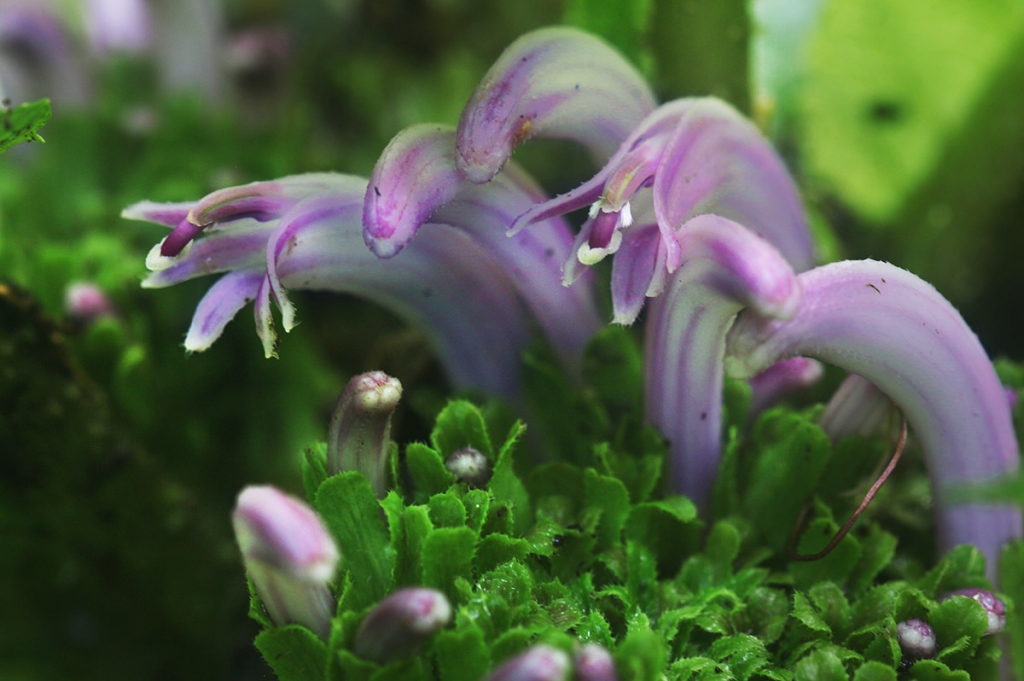 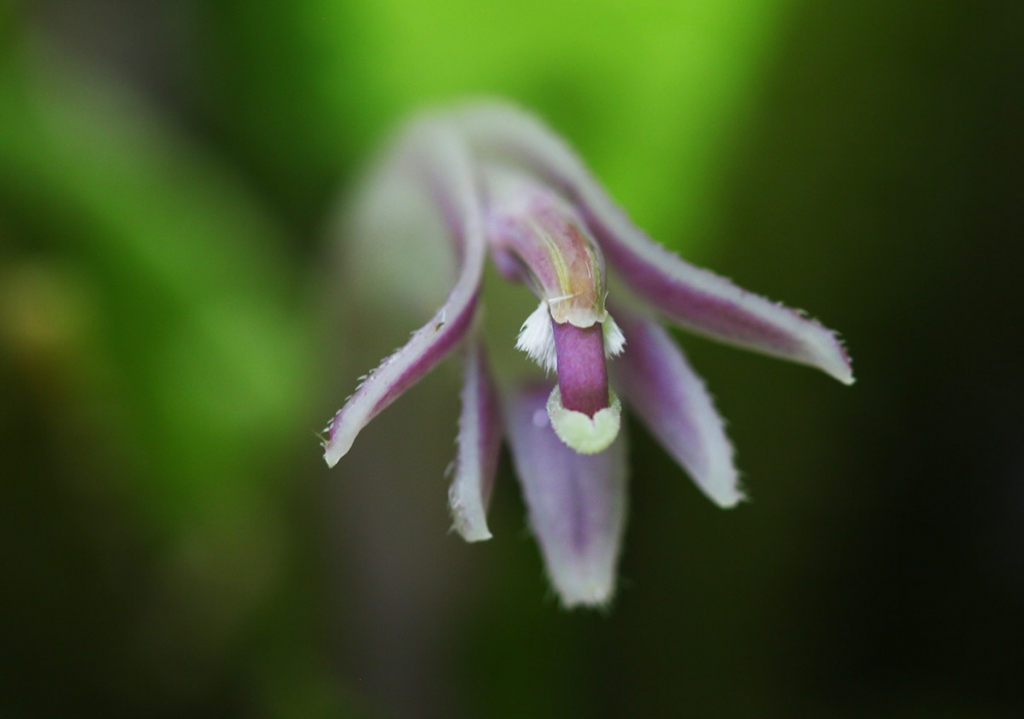 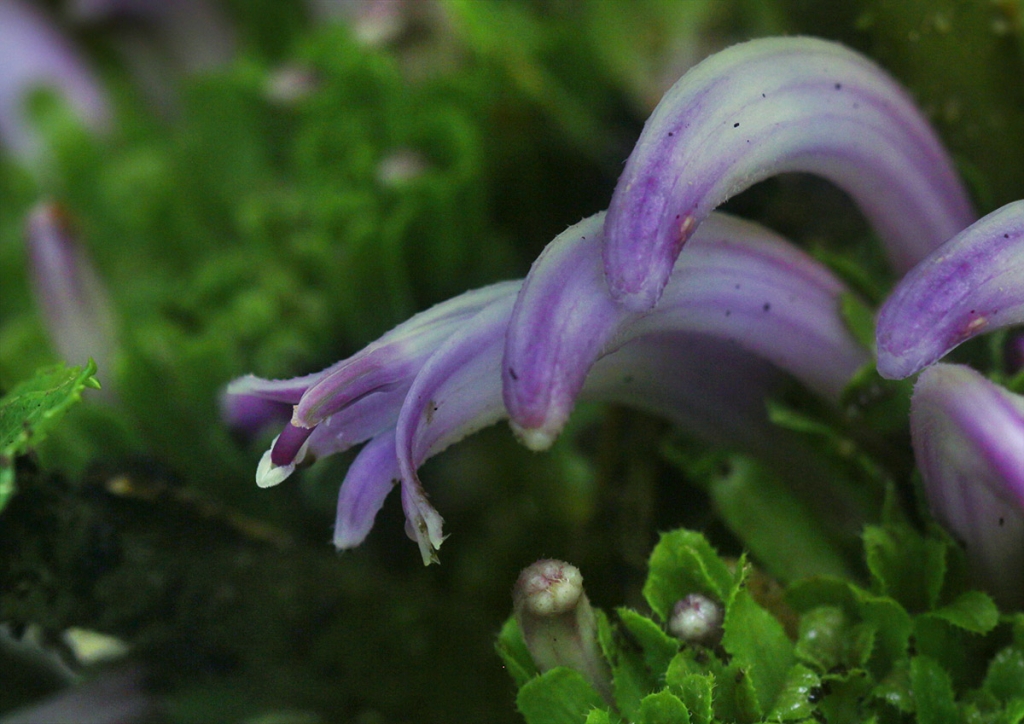 According to sources in the rare native plant community, there is only one Cyanea truncata plant remaining in the wild.  It is extremely rare and endangered.  Fortunately the plant is under the capable hands of the Plant Extinction Prevention Program (PEPP) which has collected seeds, germinated them in the greenhouse and outplanted them in the field.  According to the last US Fish and Wildlife 5 year review in 2012 three populations have been outplanted.   I hope PEPP succeeds in bringing this exceedingly rare plant back from the brink of extinction.